The collab goes live on November 16! 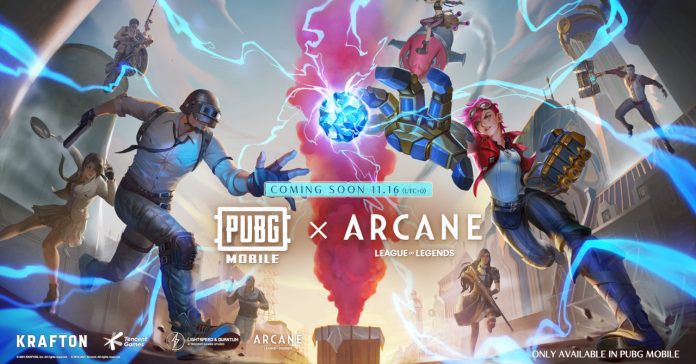 After teasing the event over the past two days, PUBG Mobile has finally announced an Arcane League of Legends collaboration.

While this is not the first big collab for PUBG Mobile, this is the first collaboration of the hit mobile battle royale with Riot Games. And while there are not a lot of details yet regarding the crossover, PUBG Mobile players should expect Arcane-themed in-game goodies. Plus, they should also expect to see Jinx, Vi, Caitlyn, and Jayce in the game, at least based on the announcement on the PUBG Mobile twitter.

This new crossover event is part of Riot’s big push for Arcane. In fact, Riot recently announced RiotX Arcane, a massive cross-game event to hype up the release of Arcane this weekend.

In case you’re unfamiliar, Arcane is an upcoming animated series that’s based on League of Legends, and the series’ first three episodes will release on Netflix on November 7 (PH Time). The series is set in Piltover & Zaun years before the current events in the game, and it follows the origins of several League champions, including Jinx, Vi, Caitlyn, Jayce, and Viktor.

More details about the PUBG Mobile x Arcane event will be announced soon.

- Advertisement -
Previous article
In Conversation with Wolf: The Biggest Storylines of MPLI 2021
Next article
Full Interview: Wolf shares the biggest stories and top teams of MPLI 2021