The Vivobook Pro 14 OLED is a great partner for content creators! 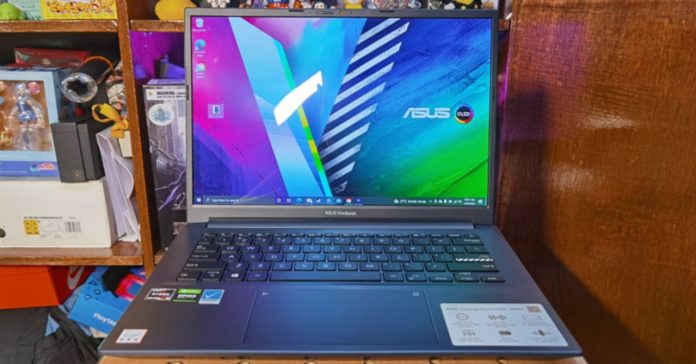 Last month, we reviewed the Vivobook Pro 14 OLED, a productivity-focused laptop that packs impressive specs, all at a price of PHP 74,995 — well below what a workstation notebook is priced.

While we already have our final verdict for the Pro 14 OLED in our review, we continued to use the laptop over the past month, specifically for editing videos. After this time, did our opinion change? Not at all! 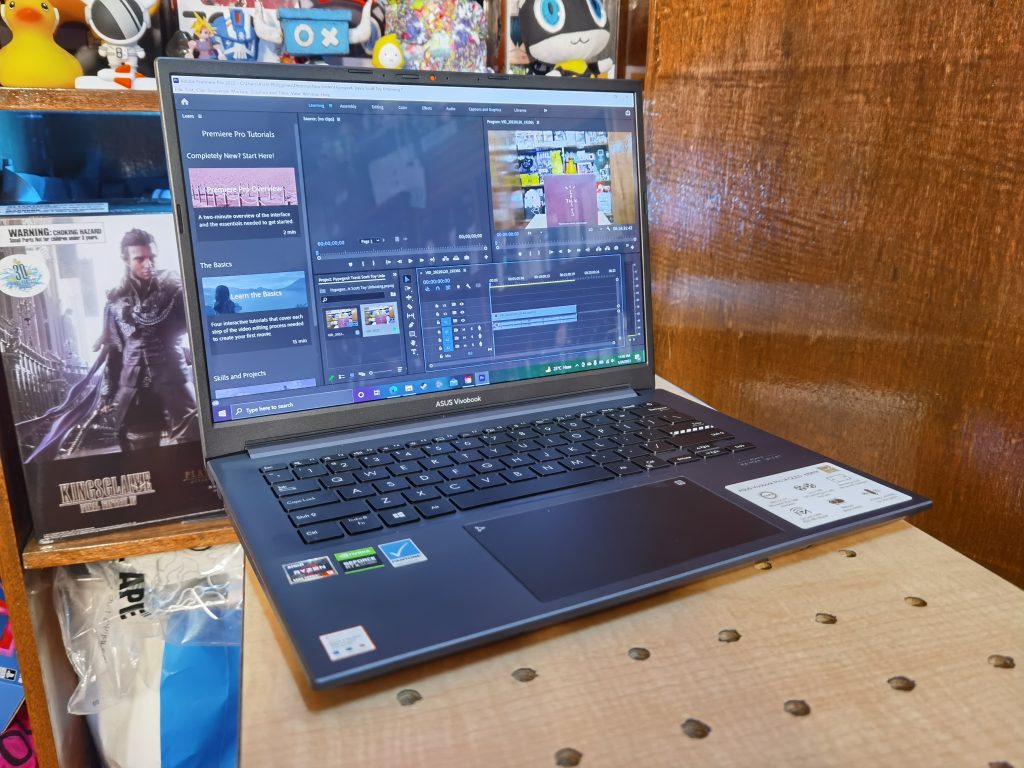 Specifically, we used the Pro 14 OLED to edit several videos, and it had no problems. This shouldn’t come as too much of a surprise considering the laptop does have an AMD Ryzen 9 5900HX along with an NVIDIA GeForce RTX 3050 Studio and 16GB of RAM. For comparison, this laptop is priced in the same league as premium ultrabooks, a lot of which lack a dedicated graphics card.

Make no mistake, you can still edit videos on an ultrabook as mobile CPUs have become quite powerful, but it is in rendering where having a laptop with a dedicated GPU is invaluable. After all, having a dedicated graphics card makes rendering videos much faster, meaning you have more time to work on your project or the next one instead of waiting forever for a video to render.

Aside from the wait, the Vivobook Pro 14 OLED also had no issues with multitasking. Even as it was rendering, the laptop was still fast and responsive enough for browsing and some word processing. The same can’t be said with other laptops that we tried editing on. 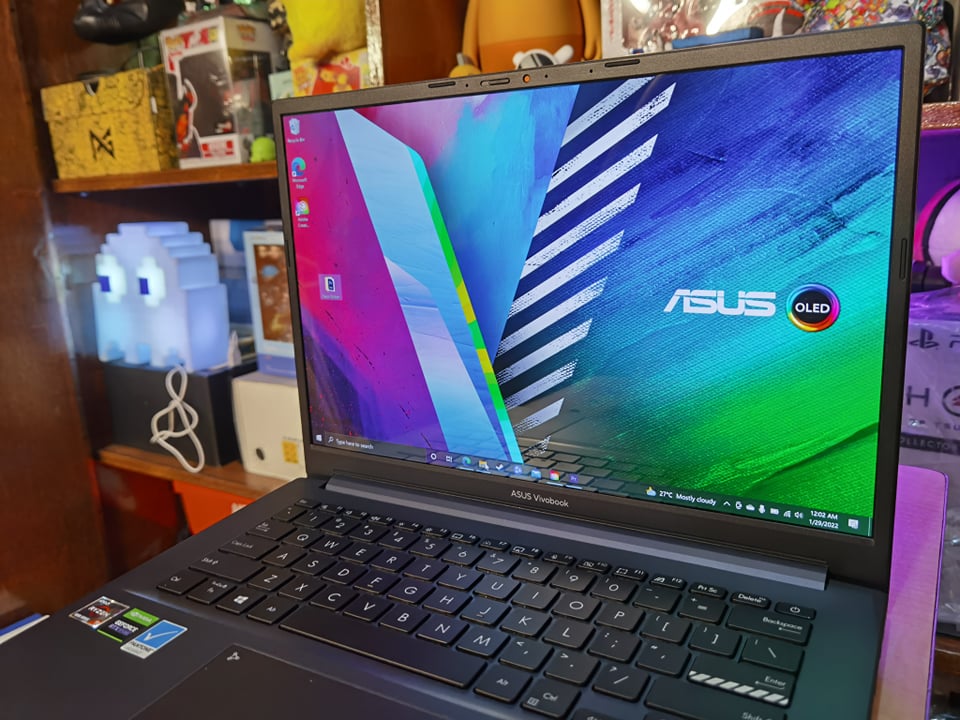 Another great thing about the Pro 14 OLED for editing is its display. As the name implies, this laptop packs an OLED screen, giving you more vibrant colors and deeper blacks. But more than that, the Pro 14’s display is also Panton Validated, meaning it produces accurate colors — important for video editing along with other creative works. 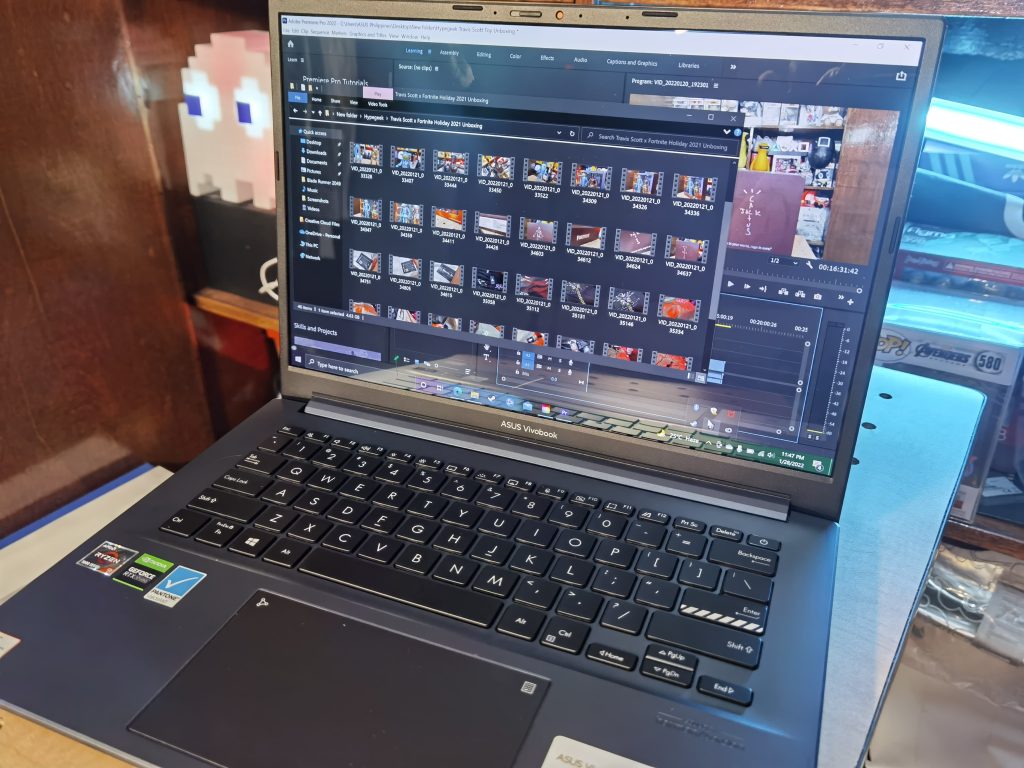 Now, you may be thinking that the Vivobook Pro 14 OLED’s specs and capabilities are great, but gaming laptops in the same price range also offer similar hardware, so why not just get a gaming laptop?

You’re right that the specs of the Pro 14 OLED are comparable to gaming laptop, but if you get a gaming notebook, there are some compromises. For starters, gaming laptops at this price tend to be thicker and heavier, all while having lower battery life. The Pro 14 OLED instead is a more portable device that can last for a long time in just a single charge. For standard use, it can last for up to 8 hours or so. This means if you need a laptop to bring with you on-the-go, the Vivobook is a better option. 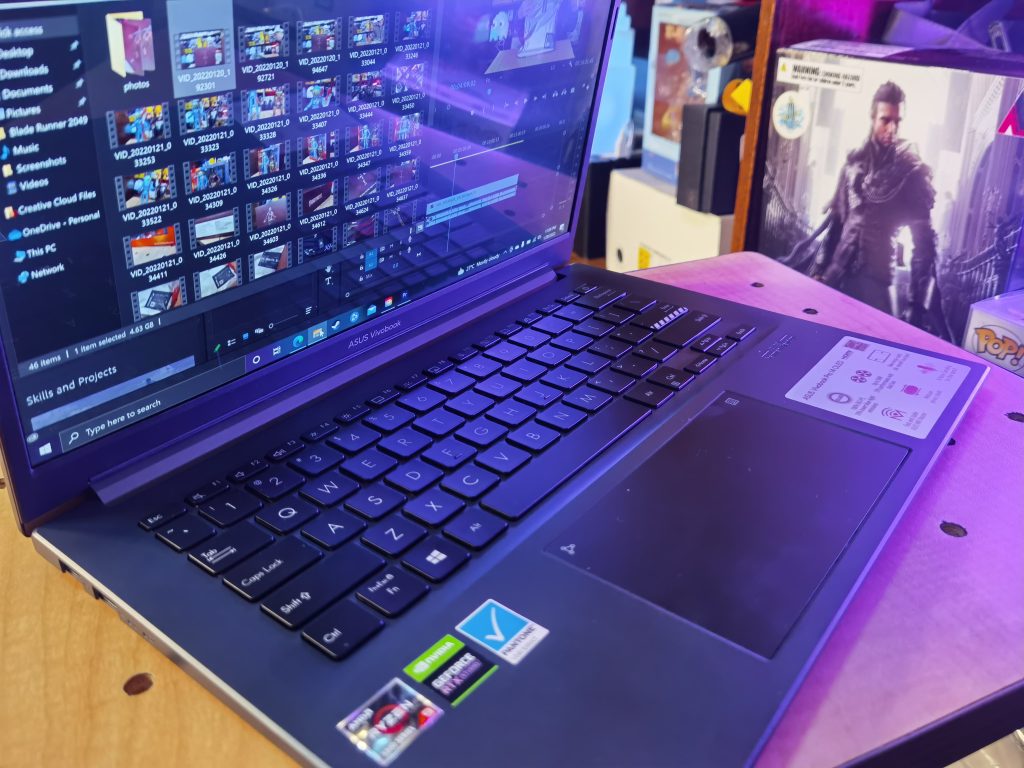 Another thing that gaming laptops lack is the OLED display on this new Vivobook. While gaming notebooks do have high refresh rate displays, refresh rate doesn’t really matter for content creation, especially if you make videos for YouTube or social media for example. Plus, color accuracy isn’t exactly a priority for gaming notebook screens, unlike with the Pro 14 OLED.

On top of these, the Pro 14 OLED is also no slouch for gaming. Sure, it’s designed for productivity, but as we found out in our review, this new Vivobook can easily run today’s popular esports titles. It can even play modern triple-A games at more modest settings. While it may not exactly be a gaming machine, users who game from time to time will not be disappointed. 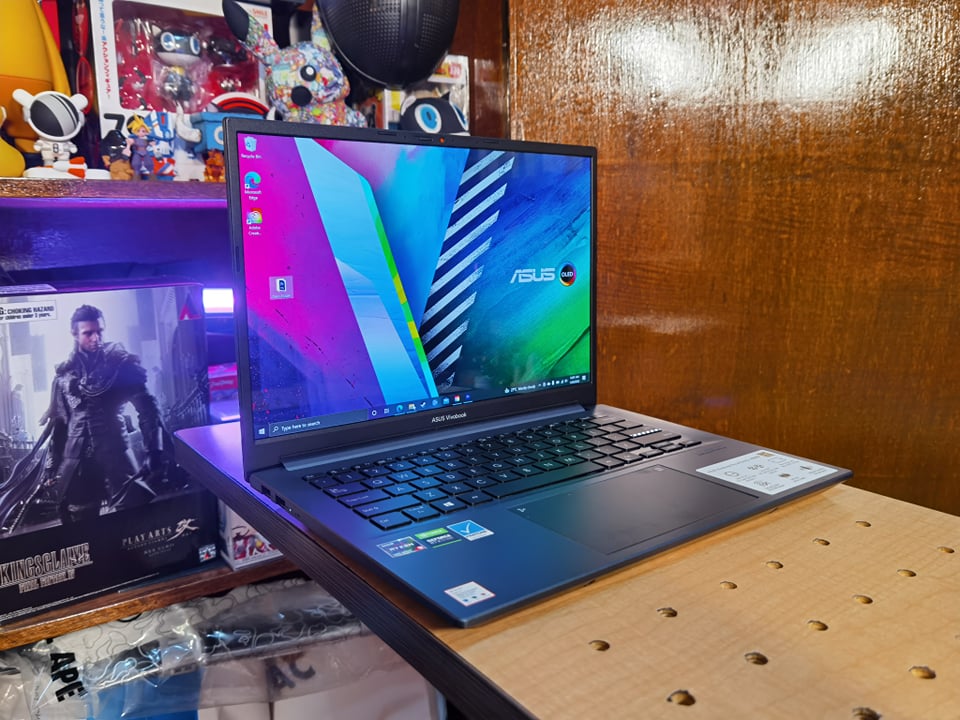 Overall, if you edit videos or are a content creator in general, the Vivobook Pro 14 OLED is a great deal, especially if you’re on the lookout for a new productivity partner.

Though if you don’t need something this powerful and are on the lookout for a more general purpose laptop, the Vivobook Pro 15 OLED might be worth a look.