This new DLC lets you play as Joseph Seed from Far Cry 5. 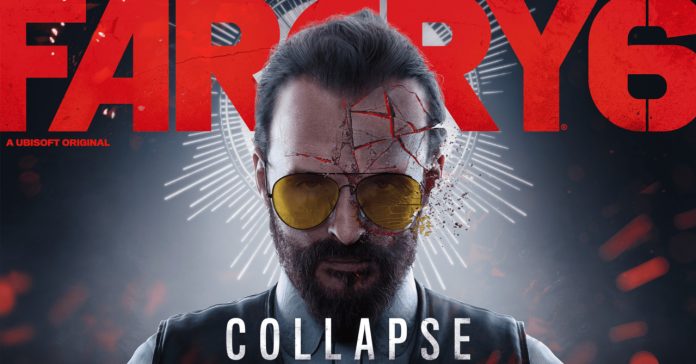 After the release of Pagan: Control last month, Ubisoft has released the third and final major DLC for Far Cry 6, Joseph: Control, on PC, PlayStation, and Xbox.

The DLC is playable in co-op, and players can invite another Far Cry 6 player to play it through the Buddy pass, even if the invitee doesn’t have the DLC. Though this only works if both players are on the same platform.

In case you’re unfamiliar with the DLC series, this trio of Far Cry 6 content lets players take control of iconic villains in the Far Cry series. As for gameplay, the DLCs offer roguelike elements.

This DLC is described by Ubisoft as:

“Players will embody Joseph Seed, the iconic villain from Far Cry 5, in a twisted version of Hope County, Montana for a brand-new experience inspired by the roguelite genre. Blending intense action and storytelling, Joseph: Collapse will provide a unique opportunity for players to tap into Joseph’s tortured mind, face off against his former cult followers after his faith has collapsed, and ultimately confront his family members as he struggles to conquer his inner demons.”

Joseph: Control is available now as part of the Far Cry 6 Season Pass. And to celebrate the launch, discounts of up to 40% off are available to all Far Cry 6 editions across all digital stores. Plus, existing owners of Far Cry 6 can receive 25% off the Season Pass.

- Advertisement -
Previous articleMagic: The Gathering revisits a popular plane with Kamigawa: Neon Dynasty
Next articleThe Chrono Cross remaster is official, and it releases this April