Ratana is the third Fil-Am voice actor in the game! 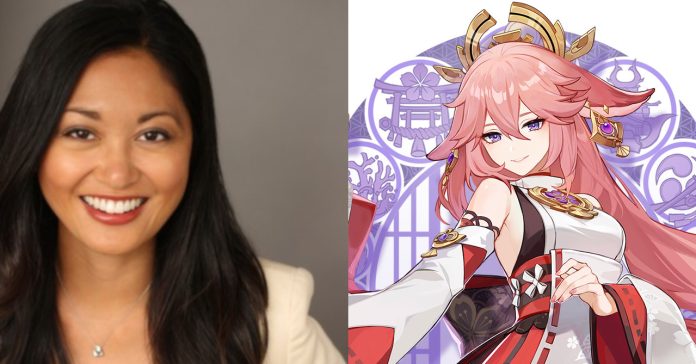 Following the announcement of Genshin Impact version 2.5, it was revealed that Yae Miko is voiced by Ratana, a Filipino American voice actor.

Aside from Genshin Impact, Ratana has voiced a range of characters, including Young Basilio, Young Crispin, Young Miranda, and Dr. Petra Gallaga in the English dub of Trese, along with various characters in Marvel’s Avengers, 13 Sentinels: Aegis Rim, and more.

Hello Travelers! I can finally share that I’m the English voice of Yae Miko in Genshin Impact!

It’s a joy to voice Miko, and to work with the incredible team who bring this game to life. I can’t wait for you to learn more about her adventures!

In the Japanese version of the game, the voice actor of Yae Miko is Sakura Ayane, a popular seiyuu known for her roles as Ochaco Uraraka in My Hero Academia, Gabi Braun in Attack on Titan, Iroha Isshiki in OreGairu, and more.

As for the character herself, Yae Miko is an upcoming five-star character in Genshin Impact, and she will be released on February 16, 2022. She was officially introduced by miHoYo in the recent Genshin Impact version 2.5 announcement. This new version will also include new Story Quests for Yae Miko, as well as for Raiden Shogun.