Is the 9 Pro the next phone for you? 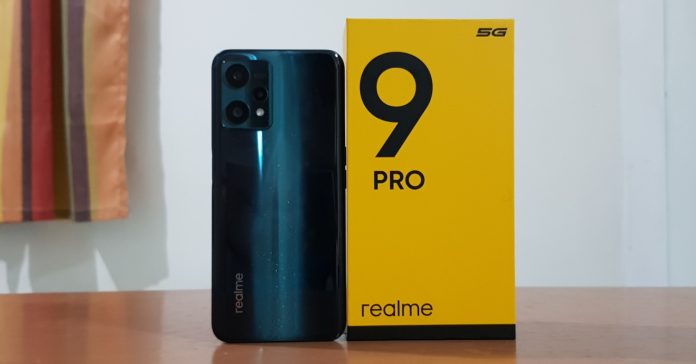 Last week, realme launched its new 9 Pro series in the Philippines, and shortly after, we reviewed the 9 Pro+. In our review of the plus model, we found that the phone is a great addition to realme’s smartphone lineup. Now though, we’re here to check out the 9 Pro (that’s without the +).

While both devices share a similar look, there are some key differences between them. For starters, the 9 Pro has a larger 6.6-inch display, and it also has a bigger 5000mAh battery, as well as a Snapdragon 695 processor instead of the Dimensity 920. And of course, the standard 9 Pro is more affordable than the Pro+.

The 9 Pro is promising specs-wise, but is it worth getting if you’re in the market for a new smartphone? Here’s our review. 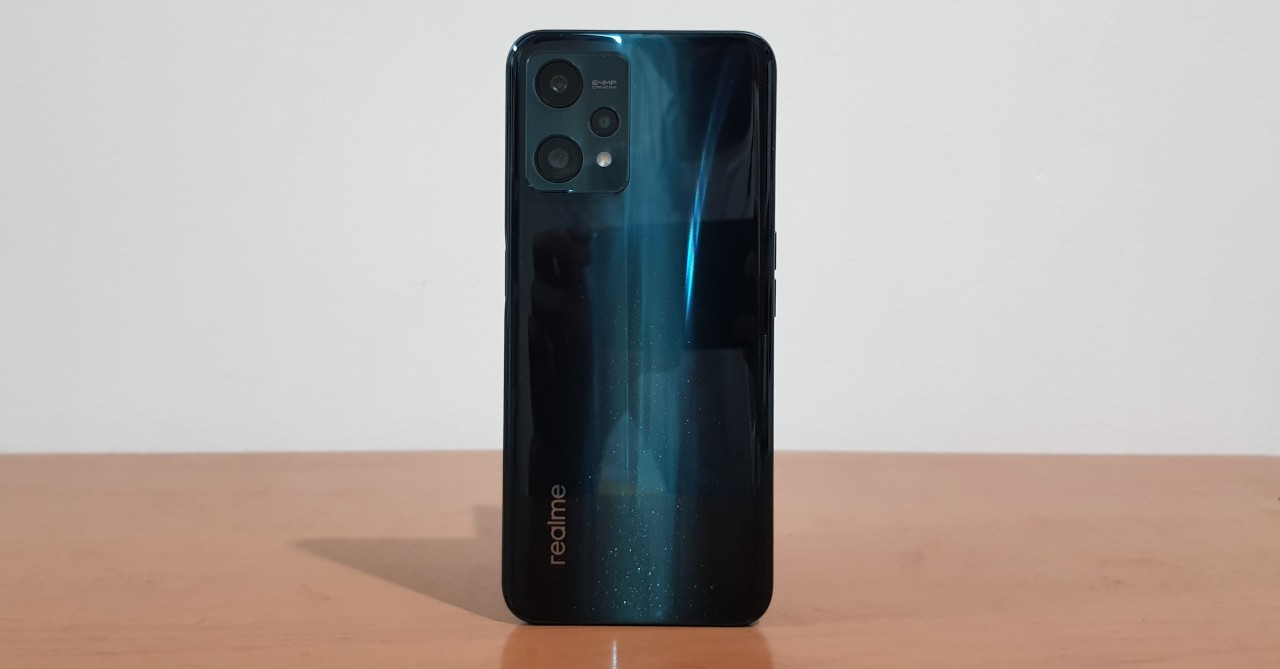 In the design department, the 9 Pro looks a lot like the Pro+, with both phone featuring a similar glossy back. With the Aurora Green colorway, the realme 9 Pro+ is an absolute looker of a phone, and its looks almost makes me want to go caseless. Though I opted not to in my time with it as the glass back is a fingerprint magnet. Thankfully, the phone comes with a free clear case inside the box. 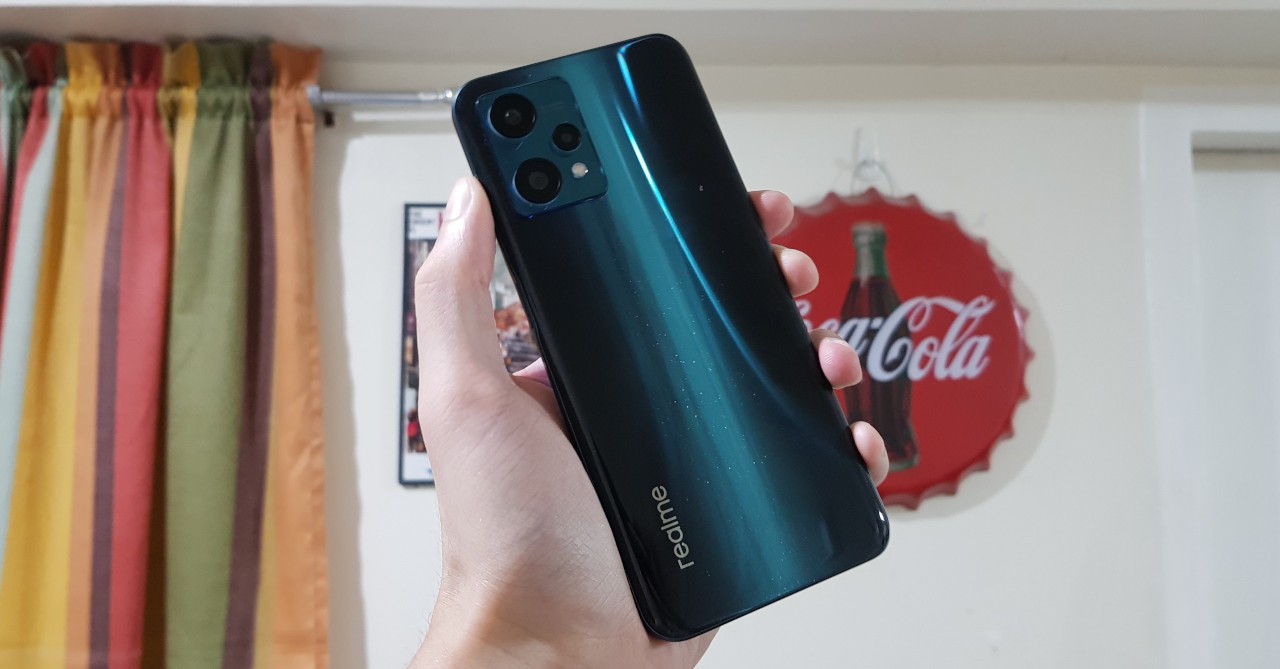 While it is a bit bigger than the Pro+, the 9 Pro is still fairly easy to grip with one hand. Of course, your mileage may vary as users with smaller hands may have a more difficult time one-handing this phone. What I can confirm is that the sides of the phone have a matte texture, giving you better grip if you ever go caseless. This is a nice touch as I don’t like it too much when phones also have slippery-feeling sides. 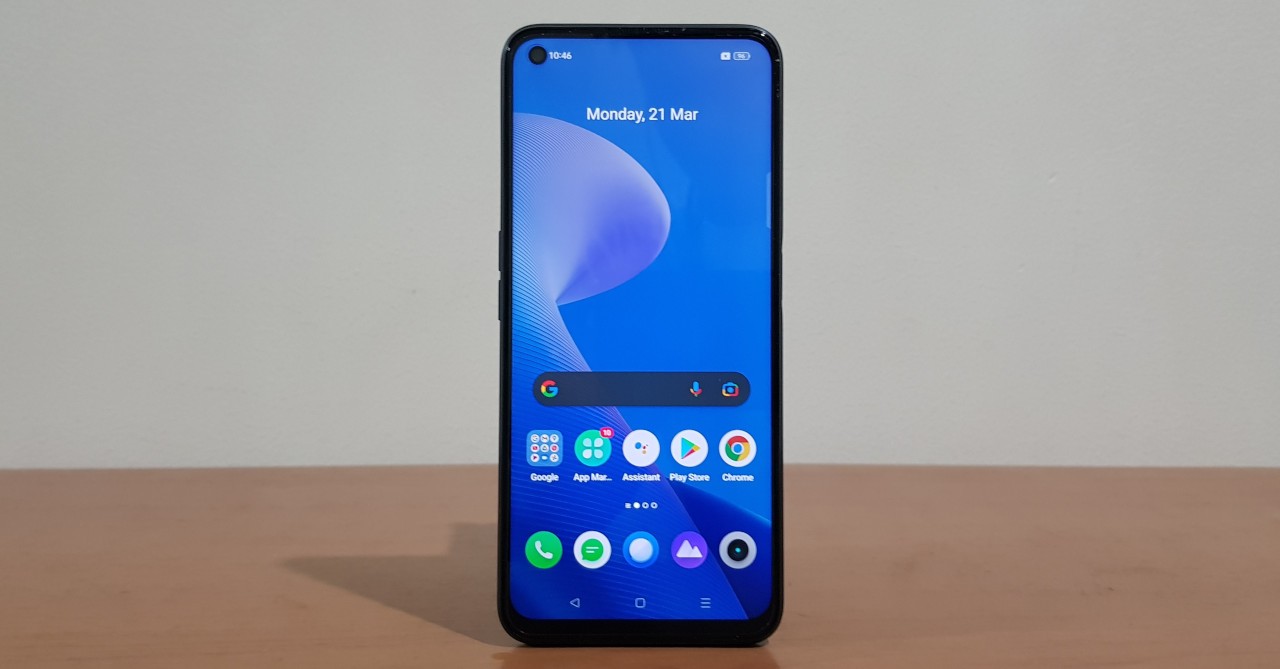 Moving to the front, we have the 9 Pro’s 6.6-inch display which has slim side bezels and a small holepunch notch at the top left. As I usually mention in my phone reviews, this is my preferred notch style as having a small dot on the top left is less distracting than having it on the top middle part, especially when watching content in full screen. 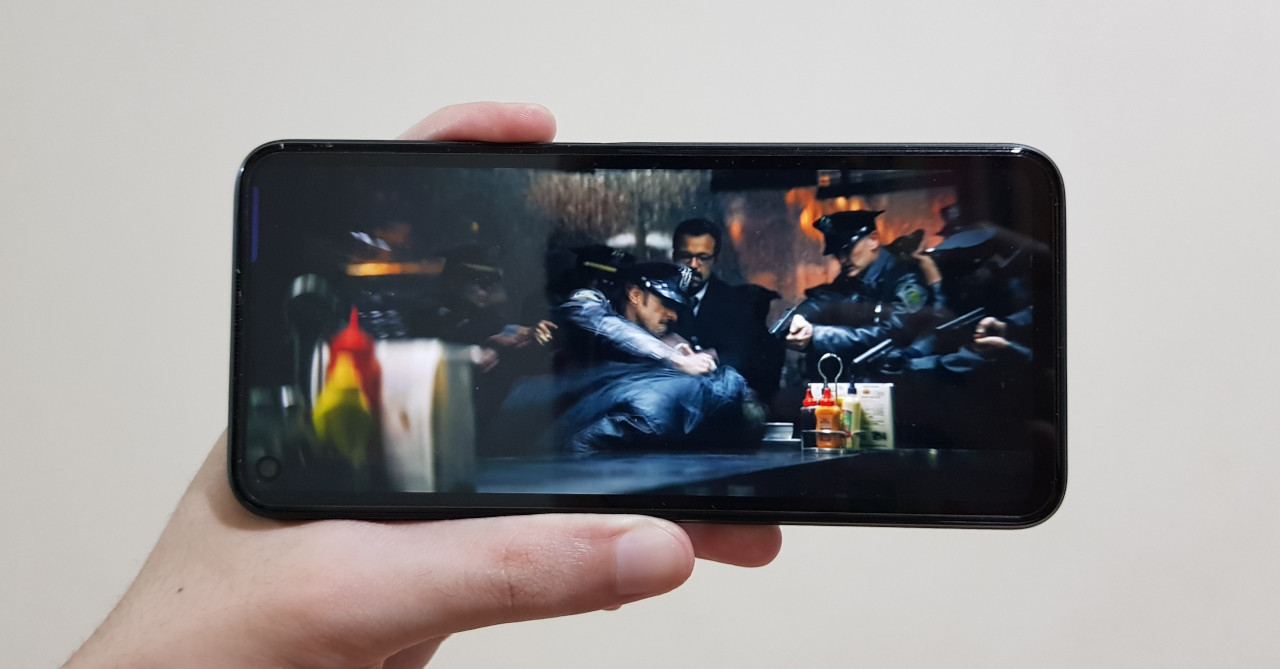 Speaking of its display, the 9 Pro packs a 6.6-inch FHD+ LCD screen with a 120Hz refresh rate. While the refresh rate is plenty fast, the 9 Pro does not have an AMOLED screen, meaning color output is not as vibrant and blacks are not as deep when compared to other mid-range phones. Still though, the phone’s screen still works well for binge-watching, and the output should still satisfy most users.

As for audio, the 9 Pro has a single, bottom-firing speaker that gets decently loud and has okay sound quality. While the speaker might be good enough for watching short YouTube videos, I’d recommend using external speakers or headphones with this phone for movies/shows. Thankfully, the phone still has a 3.5mm headphone jack, so you’re not stuck with a wireless audio device as your only option.

As mentioned above, the phone is powered by a Snapdragon 695 processor. This processor is 5G ready which should be great for gaming as 5G promises faster speeds and lower latency compared to 4G. But what about performance? Well, most users should be satisfied. 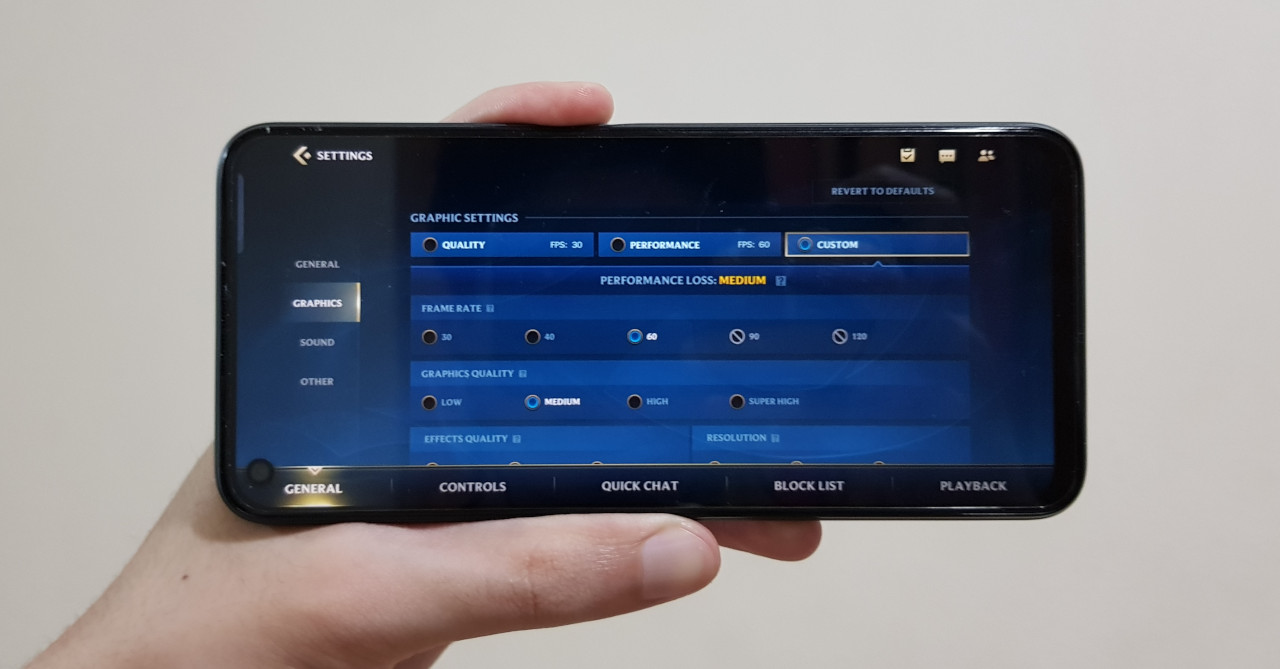 The realme 9 Pro can easily handle popular MOBA such as Mobile Legends or Wild Rift. For instance, Wild Rift ran at a smooth 60FPS on the medium graphics quality setting. 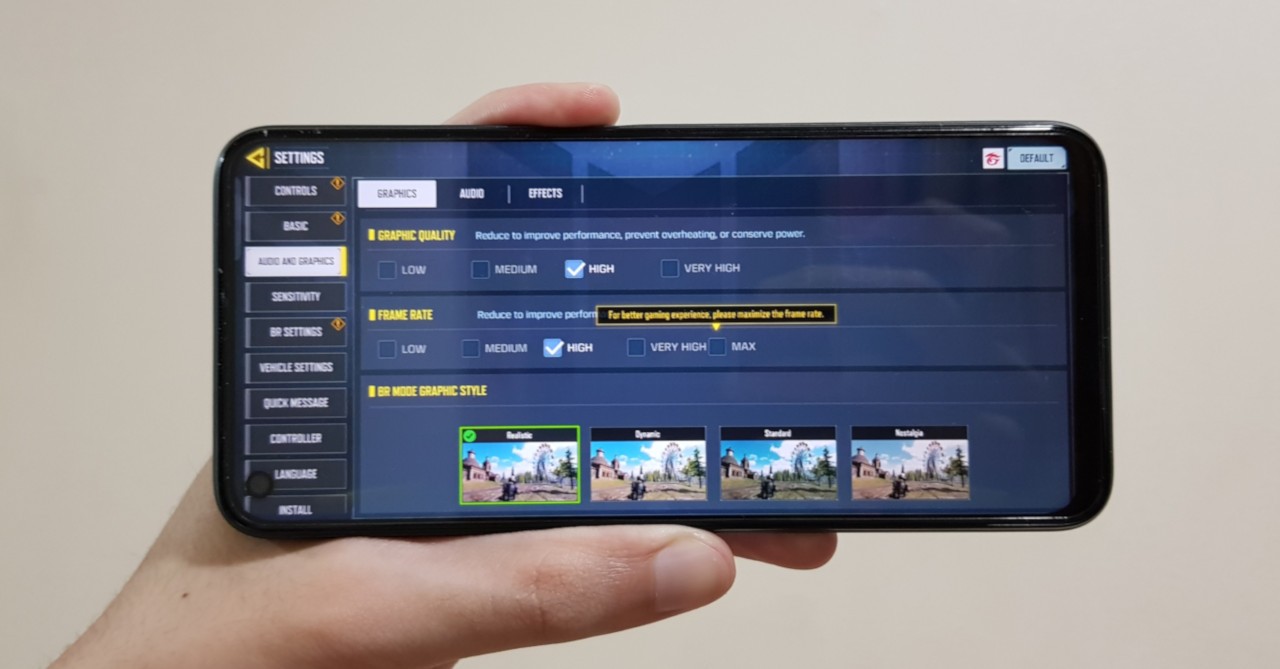 Meanwhile, Call of Duty Mobile ran at the High graphics setting and at the Max frame rate option without any issues. This means users who like playing today’s popular mobile games will be served well by this.

Moving on to low light photos, the 9 Pro does not disappoint, if you use Night Mode that is. Auto Mode shots in low light turn out lacking in detail, but with Night Mode, images are much sharper and have more vibrant colors. So if you want to take low light shots, remember to use Night Mode on the 9 Pro. 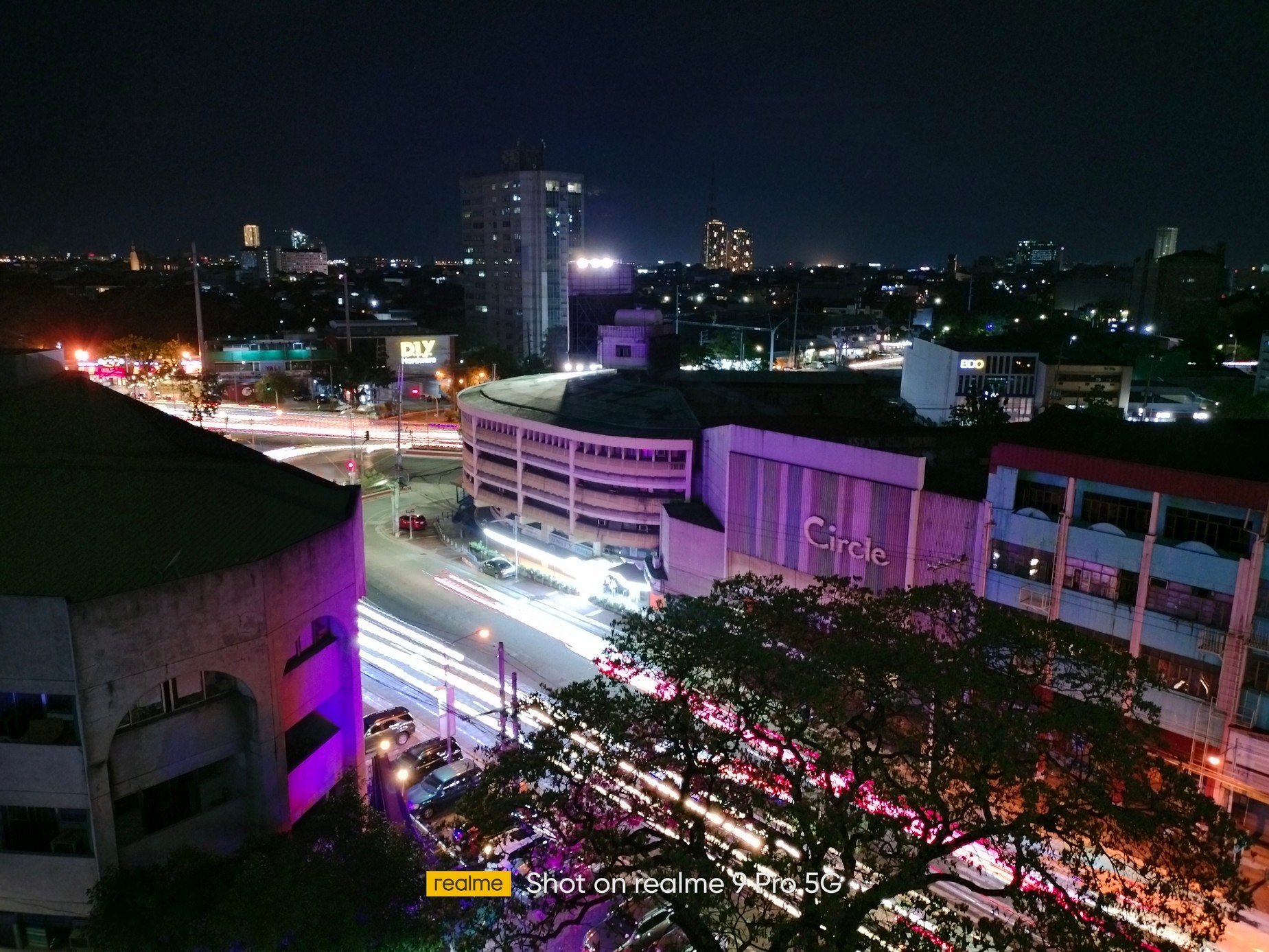 A cool feature of the 9 Pro’s camera app is the Street photography option. With this, you can capture Long Exposure shots with ease. The Long Exposure options come in multiple exposure time options depending on if you want to capture a Neon Trail effect or a Light Trail for portraits. There’s even an option for an uncapped exposure time for more creative shots. While this isn’t a new feature, it’s cool to see it be this accessible and easy to use.

The phone’s ultrawide camera is also a surprisingly capable shooter. In my experience 8MP ultrawide cameras are good at daytime, but are lacking for low light photography. Surprisingly, the 9 Pro’s ultrawide delivers quality night shots, though you’ll need to use the Night Mode to get these good photos.

As for the macro, image quality is around what you would expect for a 2MP camera. This means macro shots are decent, but you’ll need a good amount of light for the best results.

For day to day use, the realme 9 Pro does not disappoint as its Snapdragon 695 processor and 8GB of RAM mean you can use most productivity or work apps without the phone slowing down. During my time with it, the 9 Pro did not stutter or slow down noticeably, and it proved to be quite reliable for the tasks that I need.

One thing to note is that the realme 9 Pro runs on realme UI 3.0 based on Android 12. While this UI is good in terms of usability, it does come with a lot of pre-loaded apps. These apps didn’t affect performance, but it can be a bit distracting for users who want a clean user interface and have a phone with only the apps that they need.

Before we wrap up the review, let’s talk battery life. The 9 Pro packs a large 5,000mAh battery, and this means the phone can easily last for a day on a single charge, even with heavy use. As someone who doesn’t use my phone that heavily, I found that the 9 Pro can last for two days on a single charge for my use. If you do need to charge, the phone has 33W fast charging support. While not as fast as the Pro+, this still helps the phone fill up to 100% fairly quickly. 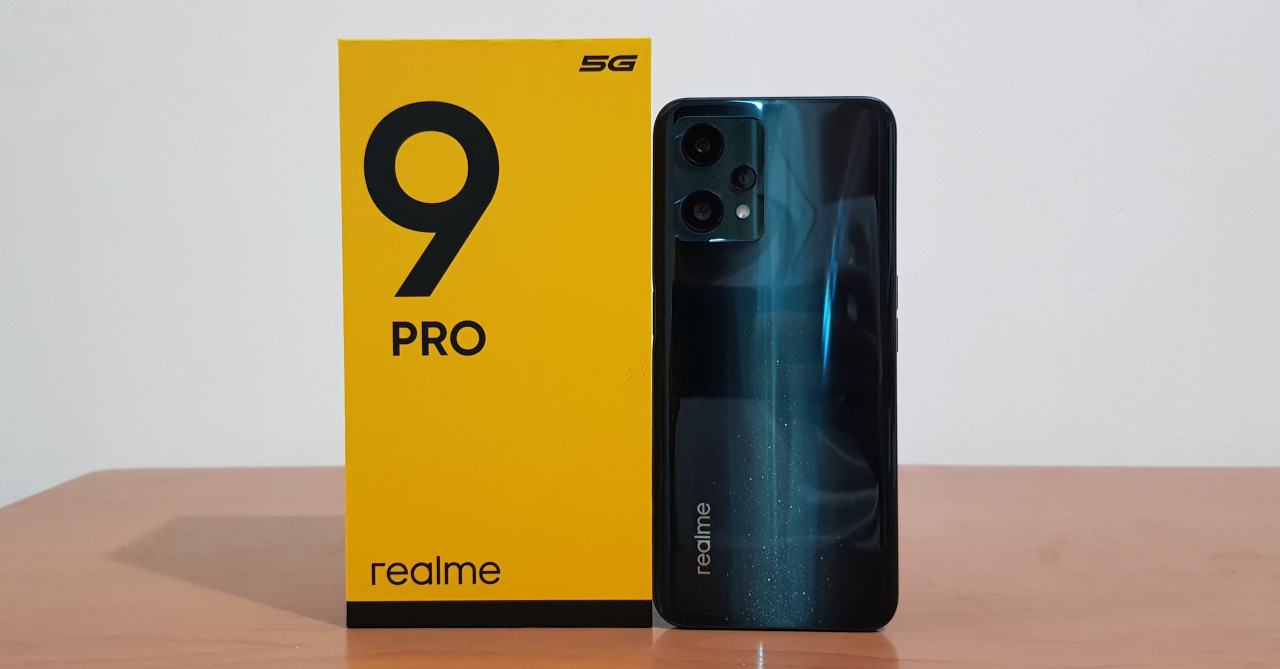 With its good design, great performance, and excellent everyday reliability, the realme 9 Pro is another solid mid-range entry from realme.

While it would’ve been better had the phone packed an AMOLED display, at its price of PHP 16,990, the phone is still worth checking out for users who need a reliable phone that costs under PHP 20k.