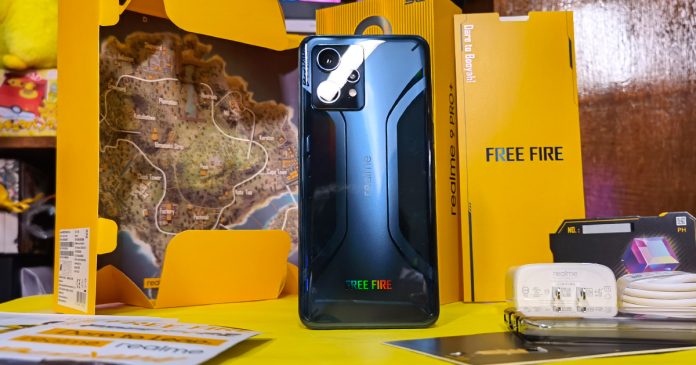 realme Philippines just did a solid and launched the limited edition realme 9 Pro+ Free Fire Edition. BOOM or in this case BOOYAH!

While this isn’t the first time realme collaborated with a geek or anime IP (remember the Dragonball GT Neo 2 that was China-exclusive?) this is the first time that a collab work was launched for public consumption locally. If you’re a fan of the massive-mutliplayer online battle royale game, Free Fire then this is a device you should definitely get. 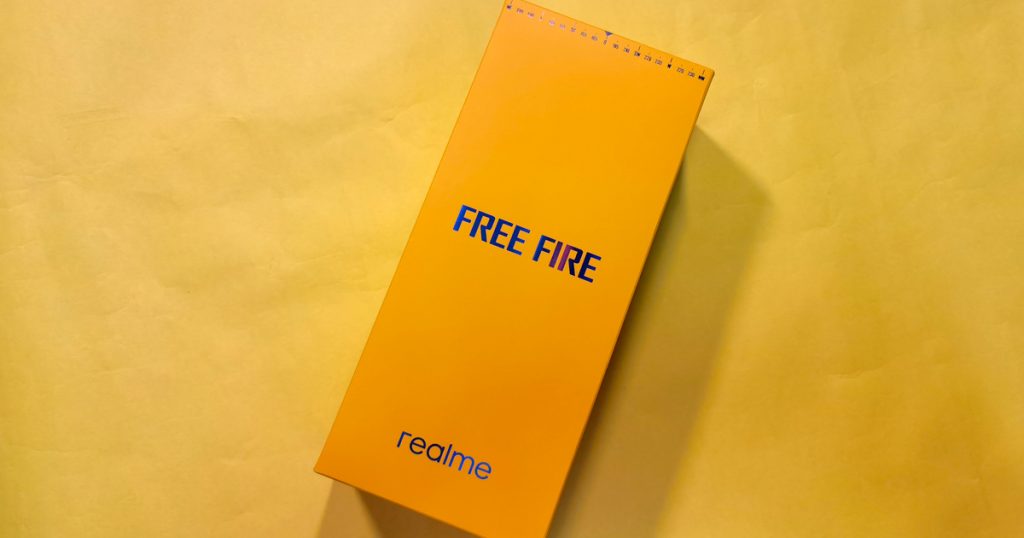 We already sung our praises to the performance of realme 9 Pro+ in our full review, but this new geeky coat of paint just makes the device simply irresistible.

We’re going take a closer look at the components, overall design and small (but fun) surprises the phone has.

We’ll start with the box (and the unusual unboxing experience). 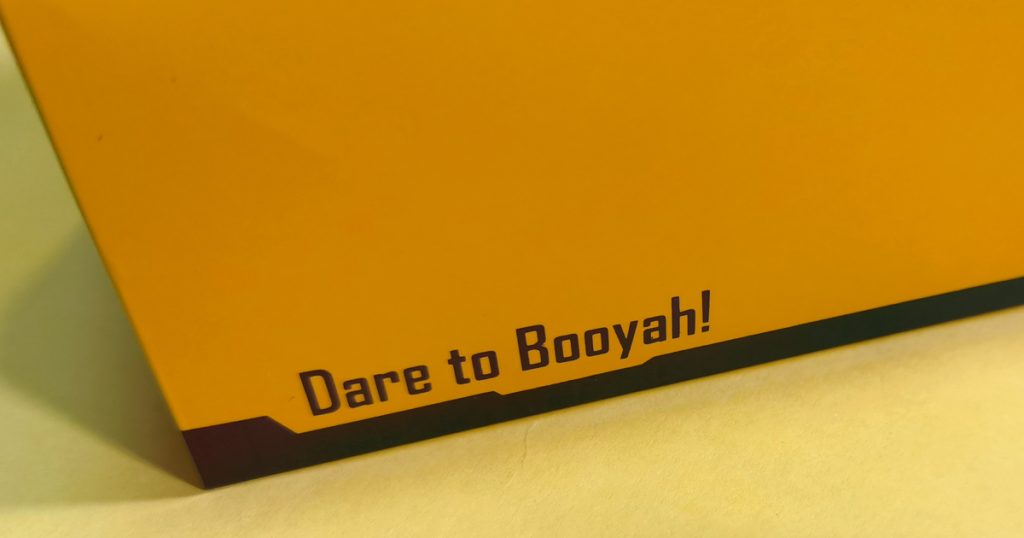 The realme 9 Pro+ Free Fire Edition comes with a wrap-around sleeve that opens from the side. Initially I thought this was the creative box cover of the phone already as it mimics the usual realme yellow box format – although slightly elongated.

It has Dare to Booyah! markings on the side which is a play of realme’s Dare To campaign and a more stylized Booyah! towards the bottom. 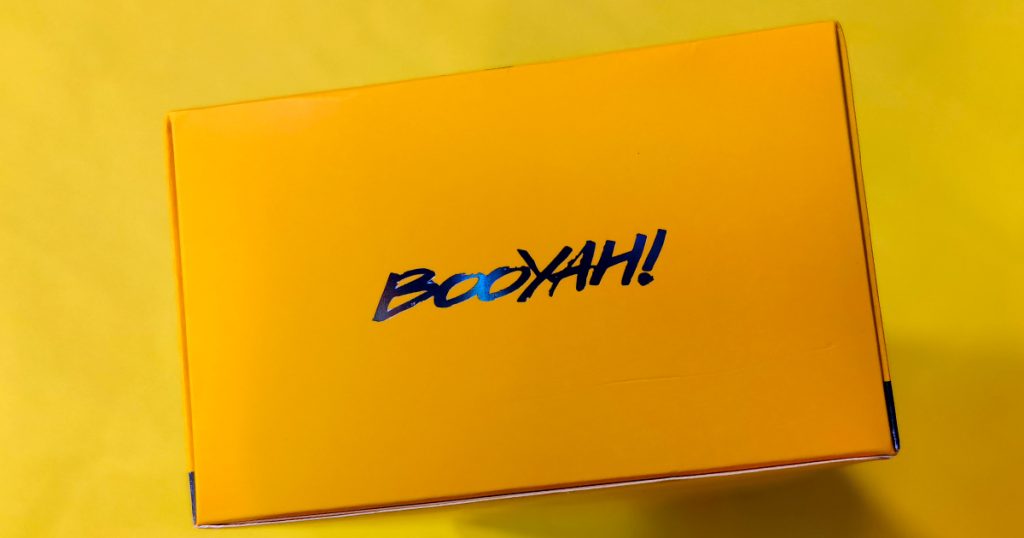 Once you open the package, you’re greeted with the actual phone with an awesome textured design that almost has a lenticular treatment while the initial wrap-around sleeve contains a high-quality printout of the Free Fire universe map. 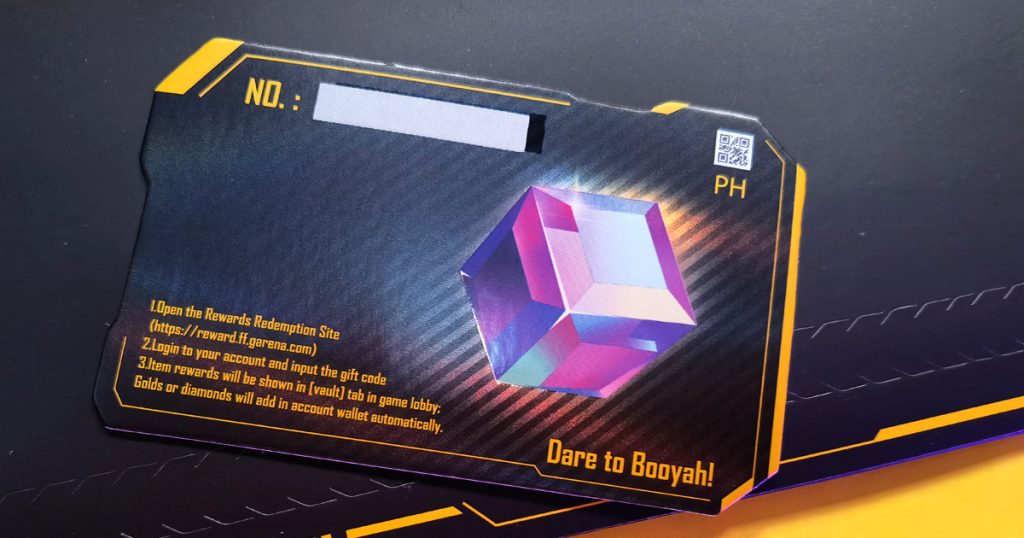 Other extras would be some awesome Free Fire x realme Stickers and a pretty nifty SIM ejector tool in the form of a Free Fire Knife. 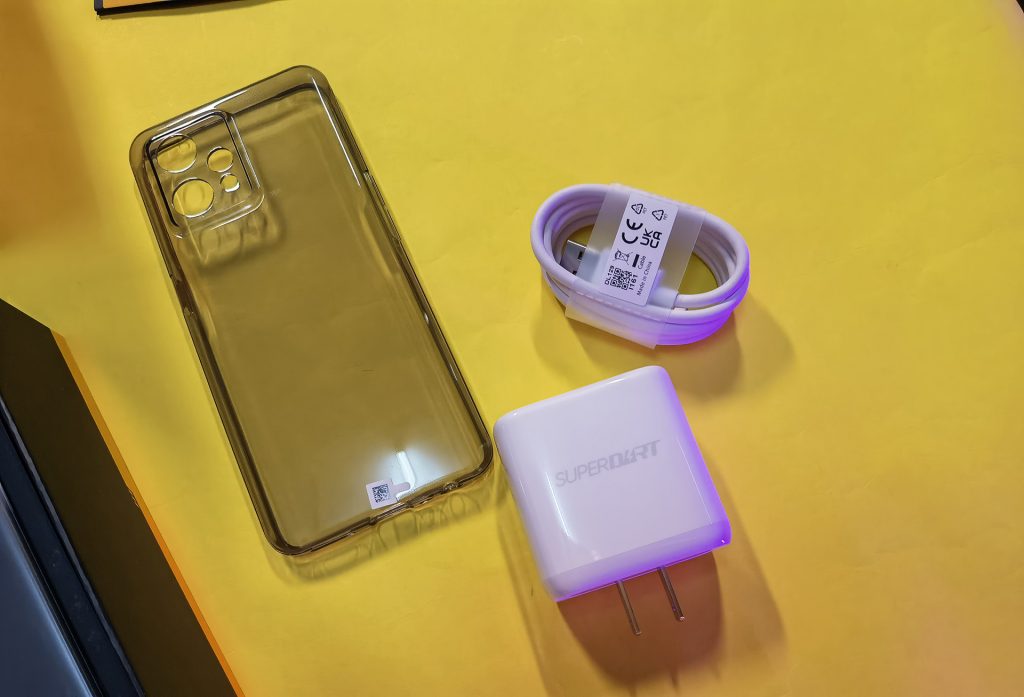 Going to the phone proper, the realme 9 Pro+ Free Fire Edition sports a customized back panel design that has elements of the FF Knife Design but done so in a very tasteful manner. It’s subtle, sleek and reflective in all the right places while re-arranging the realme logo towards the center panel and adding a much more subtle Free Fire name towards the end of the smart device. 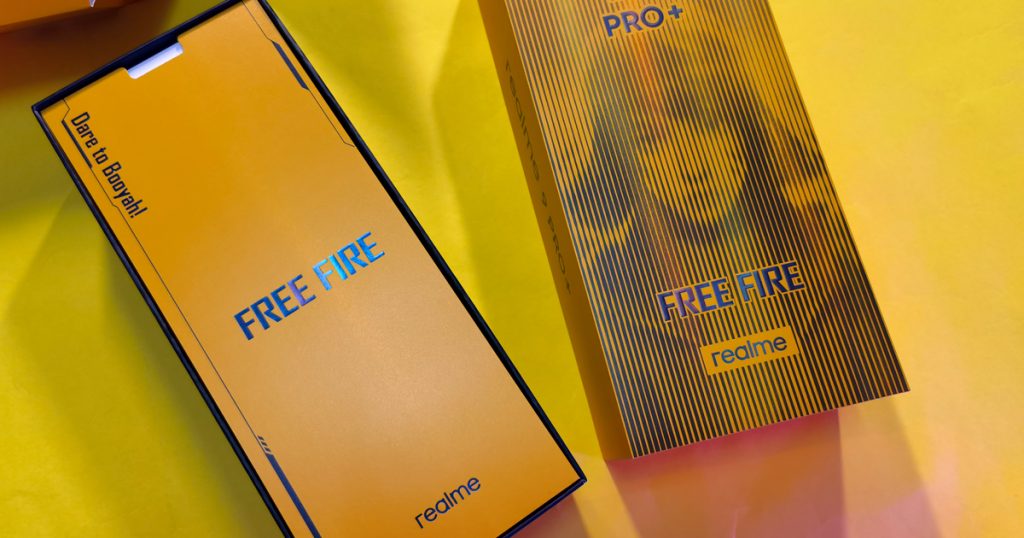 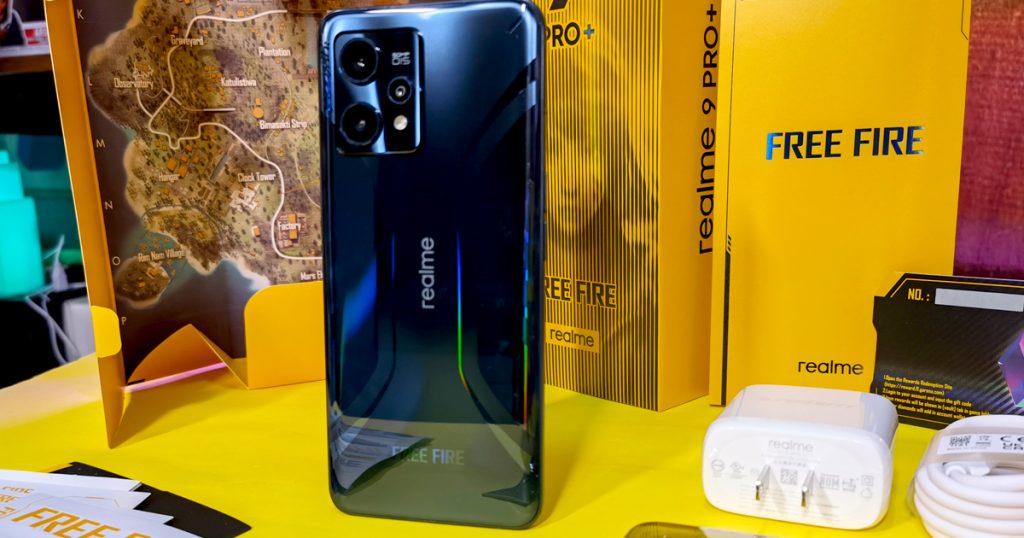 The realme 9 Pro+ Free Fire Edition still runs with the same MediaTek Dimensity 920 5G chipset like its original iteration on a 90Hz 6.4” FHD+ AMOLED screen. The device is supported by 8GB of RAM and sports 128GB of internal memory. Aside from that, you’re also getting a custom theme that’s exclusive to this version of the phone. 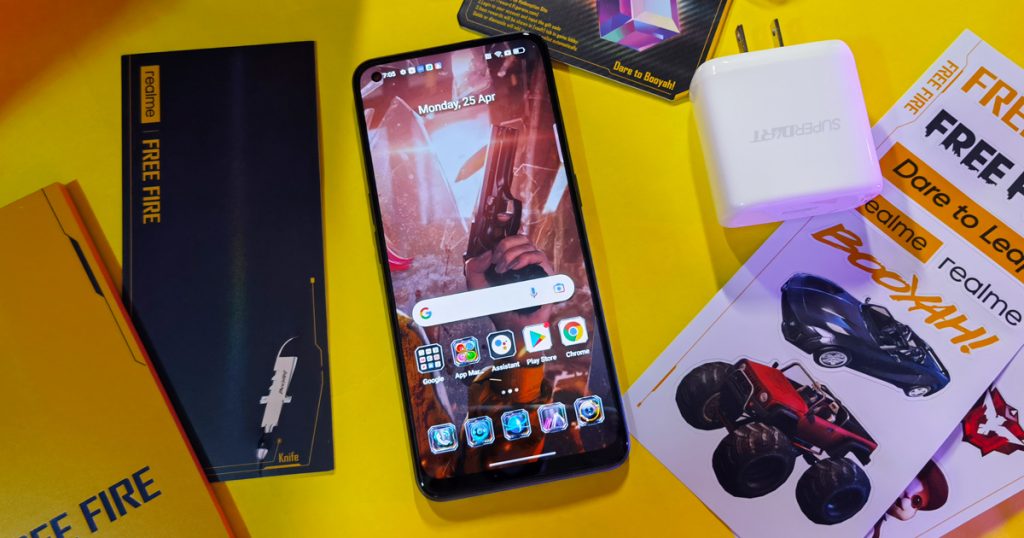 It’s a little bit too “gamery” for this Tito Gamer but if you’re fans of the franchise, I’d bet you’d love this. Of course, you can opt to go back to the regular theme or explore more on their own app store. 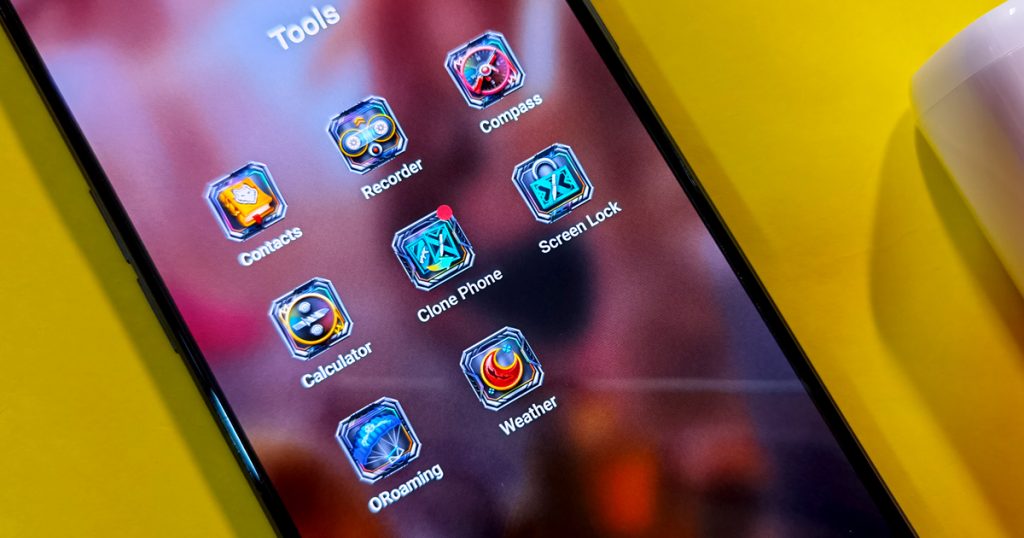 Because the internals (aside from the storage) are practically the same with realme 9 Pro+, we can safely say that you would have very little problems booting up and playing your favorite games. It’s the same experience as what we got with the base realme 9 Pro+ down to binge-watching factor and its geek photoshooting capabilities. 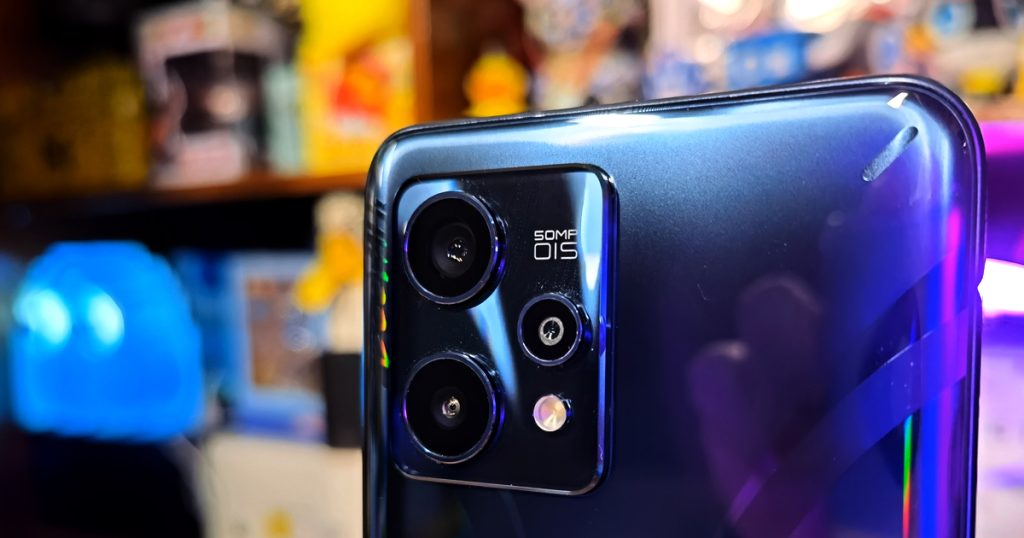 Hardware-wise, realme didn’t change much or add any special features. It’s still the same reliable smart device we got to test and review a few weeks back. 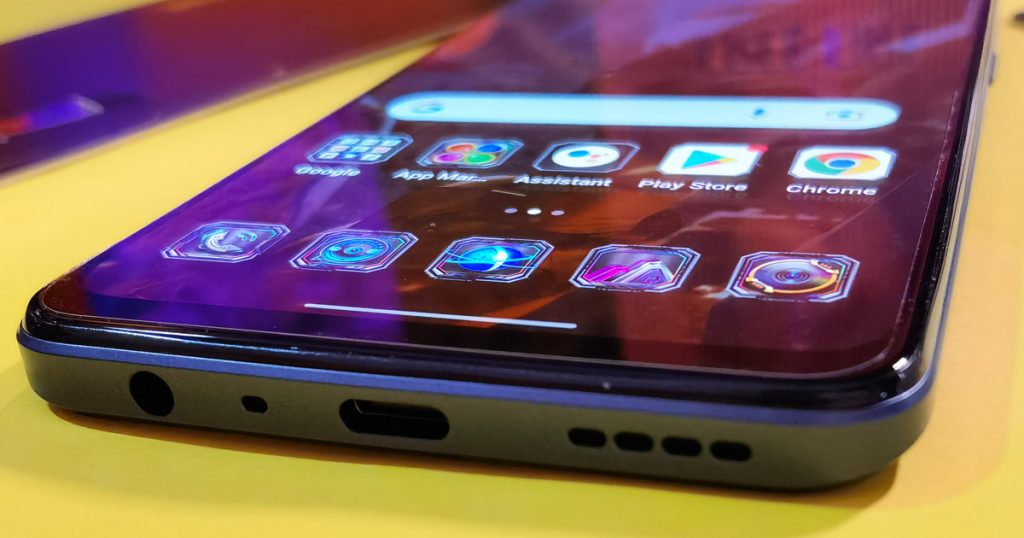 This is a huge price difference from the original with SRP starting at Php 23,990 for the 8GB + 256GB variant. Sure you’re getting half the internal memory storage on this version but if you’re used to using the cloud anyway to store all your precious images, videos and pertinent files then 128GB is more than enough to house your mobile games. 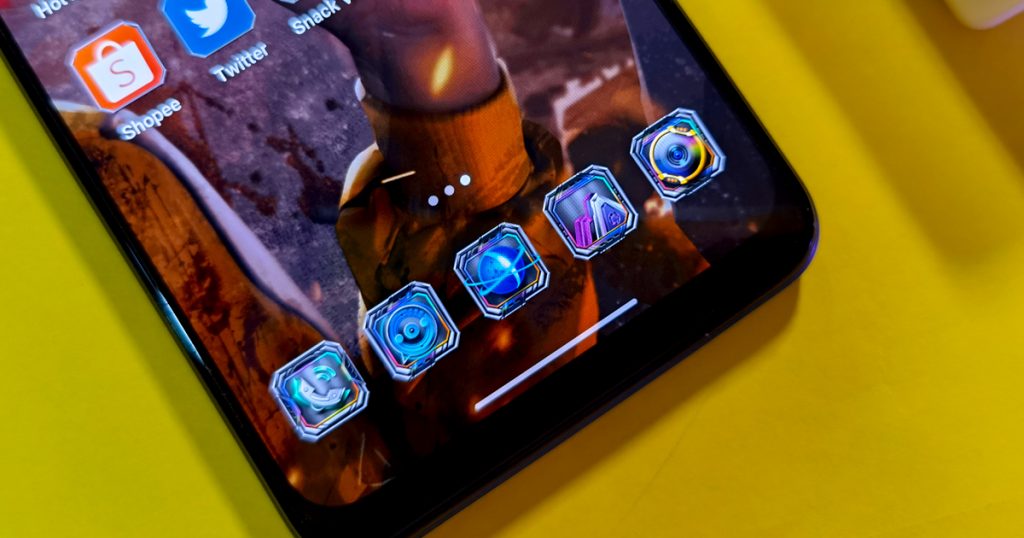 Lest you forget, this also has a 5G Modem so uploading and downloading files to the cloud should be a cinch.

Personally, we’re hoping that this launch becomes a success because that means we could be getting what initially were China-exclusive collabs pop up officially in the Philippines.