We can get used to more celebrity interviews with VTubers! 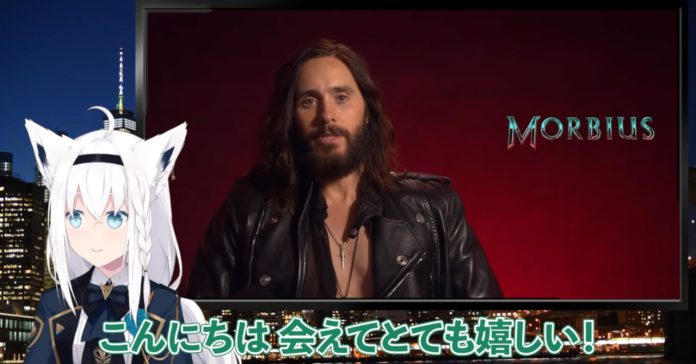 Similar to The Batman interview, Fubuki’s interview with Leto is just a couple of minutes long, but it is a must-watch for VTuber fans. This is because they not only talked about the new superhero movie, Leto got curious and asked about Fubuki herself!

Check out the full interview here:

Not familiar with Fubuki? Shirakami Fubuki is a VTuber under Hololive, a VTuber agency based in Japan under Cover Corporation. Fubuki is one of the first VTubers who debuted under Hololive as she started streaming back in 2018.

Meanwhile, Morbius is a superhero film that just released in cinemas starring Jared Leto as Morbius, the Living Vampire. The movie is produced by Columbia Pictures and Marvel Entertainment, and it is part of Sony’s new shared universe featuring Spider-Man characters, starting with the 2018 film, Venom.

VTubers interviewing actors in blockbuster movies is something that we didn’t expect to see. But having watched them, we can’t wait to see more. Here’s hoping we get more interviews like this Morbius promo with Fubuki and Jared Leto, possibly by other Hololive members as well.