Here are our top Netflix flicks for this month! 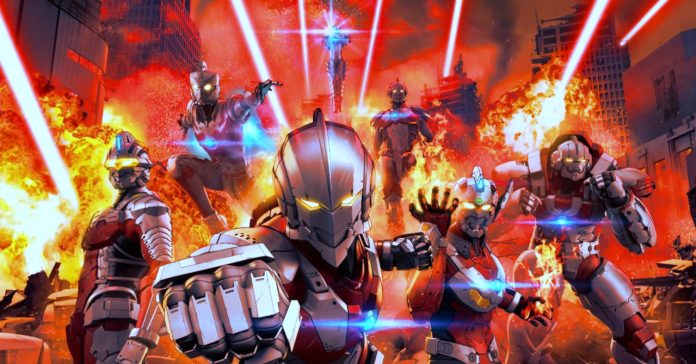 When it comes to some much-needed viewing pleasure, Netflix has selections aplenty for this month, April 2022. Whether it be feature films, popular TV shows, or seasonal anime, best believe there’s a cup of tea for everyone.

Now that April 2022 is here, it’s time we gave you a few picks that we believe you should check out on Netflix!

After 3 years, we finally get a follow-up to a surprisingly good anime adaptation of the Ultraman Seinen manga series. While the first season more or less served as a vehicle for Shinjiro’s origin story and character development, the plot now up in the middle of a mysterious mass disappearance. The trailer gives us a glimpse of the usual loud and bombastic visuals and banger of a soundtrack while giving away as little information as possible–just the way we like it.

I think the best way to describe this new horror flick would be “a cross between Bandersnatch and No Game No Life.” Yeah, that pretty much gives you a heads-up.

Sure, the whole concept of the video game alternate universe merging with reality has been done a few times before. However, it’s intriguing to see Asa Butterfield play the usual awkward character alongside Robert Englund in a psychological techno-horror. Wild.

The Pacific Rim franchise has come a long way–mostly thanks to Atlas Destroyer, the Travis Siblings, and everything now being set in an alternate timeline that deviates from Uprising. But, I digress.

Season 1 went full-on sci-fi with Kaiju Boy. This time, we’re taking a dip into the voodoo-hoodoo as our siblings make their way back to Sydney Base. Black, in essence, is almost nothing like the original movie. That’s a great thing.

It’s a family-friendly, gravity-defying blockbuster that made waves at the 72nd Berlin Film Festival. Now, it’ll soon be on your friendly neighborhood streaming platform. It boasts of stunning visuals, beautiful characters, and what’s looking to be a kickass soundtrack. Take a look at the creators and you’ll see why.

There isn’t much going around about this film (and I’d rather not know, since going in blind is the best), but honestly, the trailer is all you need.

One Google search usually yields a recurring query: “Is Fruits Basket Season 3 on Netflix?” Well, not yet. Just give it a few weeks.

We’re finally getting the Souma family send-off that we’ve always wanted. Most newcomers are tricked by the “feel good” tag on the title screen, and find themselves bawling their eyes out (like me) at the most unexpected moments.

We think it’s great that Netflix has been focusing A LOT on anime as of late. Given how hard it is to watch your favorites without taking a trip across the “good ol’ open seas”, it’s always nice to have a reliable, and readily available streaming platform to satisfy our inner weeb.

There you have it! Our picks for the month of April. If you’re in search of a different flavor, don’t fret. This is but a fraction of what Netflix has to offer. Just check out their lineup: