Xbox Game Pass for PC in the Philippines: Price and How to Sign Up

PC Game Pass might be one of the best gaming deals in the PH! 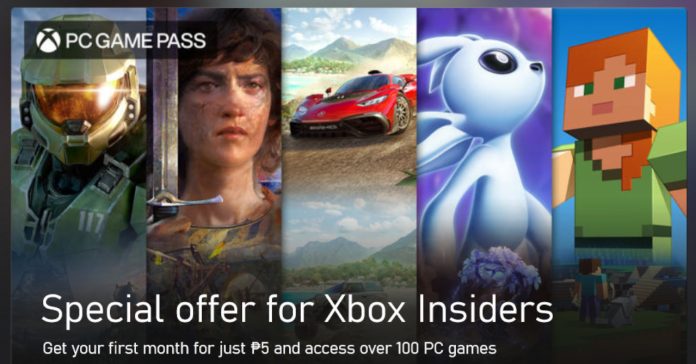 UPDATE 4/21: Xbox has just officially launched PC Game Pass in the Philippines, meaning players no longer need to download the Xbox Insider app to subscribe. Xbox has also updated the pricing, with new subscribers getting their first three months for only PHP 49 (or USD 1). Monthly pricing after this promo period will be PHP 119.

With Game Pass for PC officially launched, you can skip the first two steps and start with Step #3 to get subscribed. 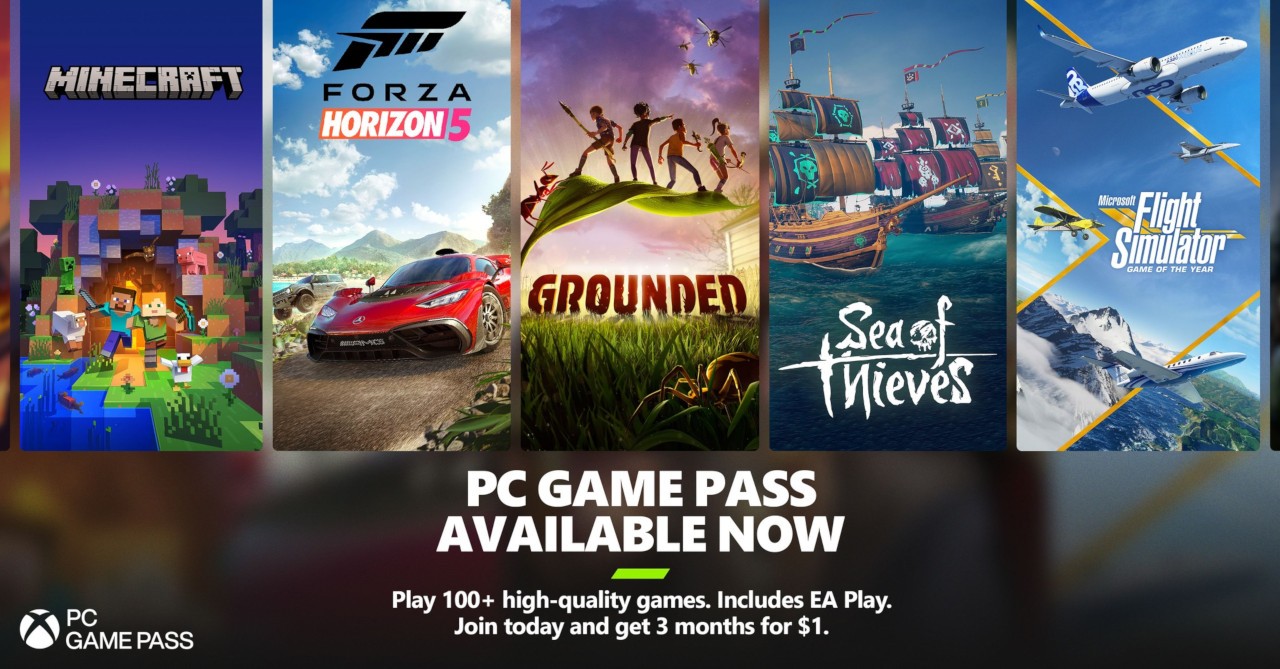 Last week, Xbox Game Pass for PC (aka PC Game Pass) was released in the Philippines through the Xbox Insider Program, and here is the price and a step-by-step guide on how to sign up.

In case you’re unfamiliar, PC Game Pass is a subscription service for games; think of it like Netflix for games. But instead of streaming them, you can download and play a selection of games that are available on PC Game Pass while you have an ongoing subscription.

While PC Game Pass is not officially released in full yet, there are not restrictions on players when it comes to signing up for the service. As of now, the price of Xbox Game Pass for PC in the Philippines is PHP 5 for the first month, with subsequent months costing PHP 119. Basically, after the initial 5 Peso offer, PC Game Pass costs PHP 119 per month — that’s an incredibly good deal given that players can download and play over 100 games at just a bit over PHP 100. Of course, we’ll have to see if the pricing gets adjusted when the service fully releases.

Interested in trying PC Game Pass out? First, you will need a Microsoft account with a region set in the Philippines, as well as a Credit/Debit card. Once you have those, follow these setps:

1. Download the Xbox Insider App on your Windows PC 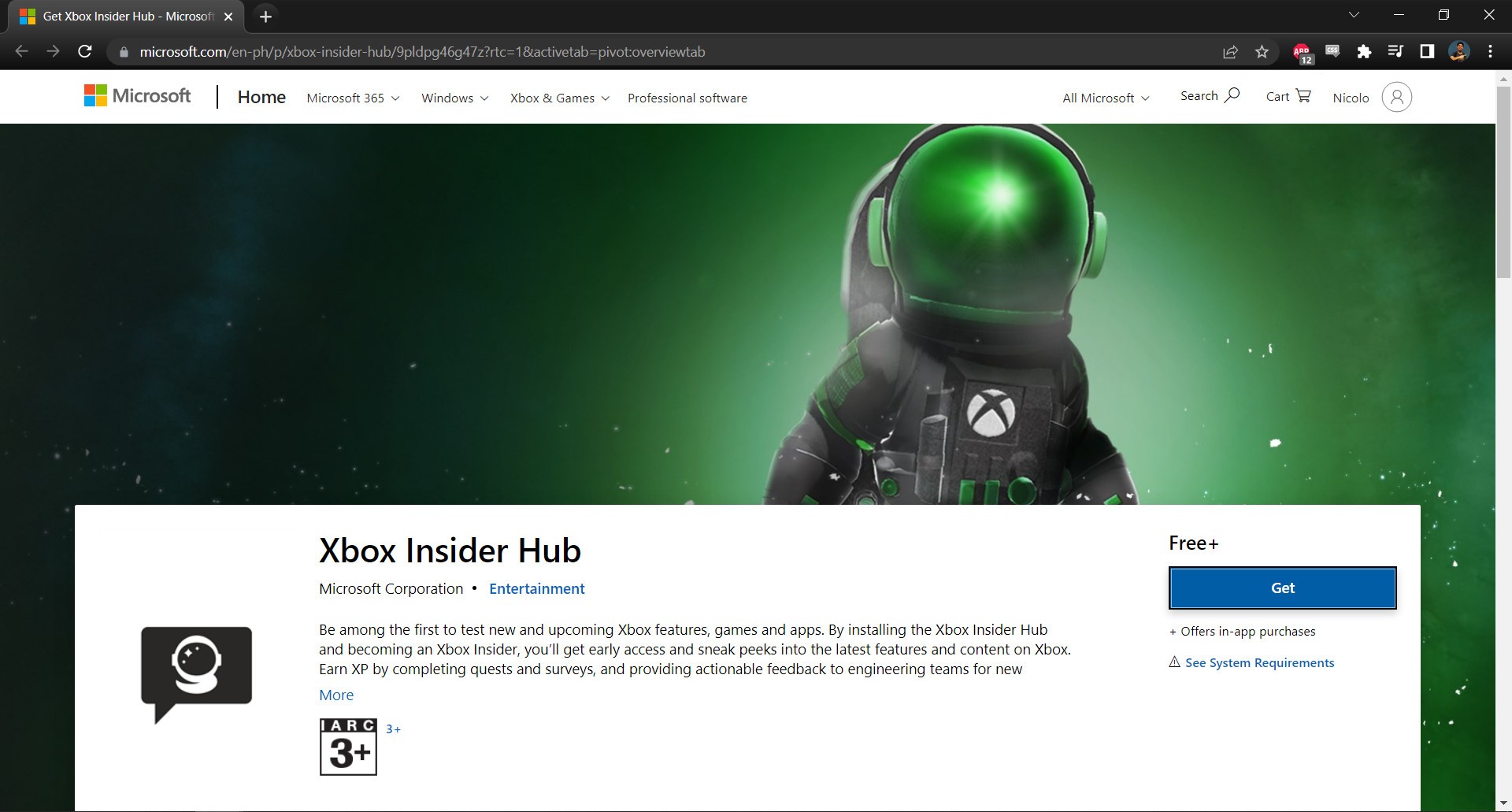 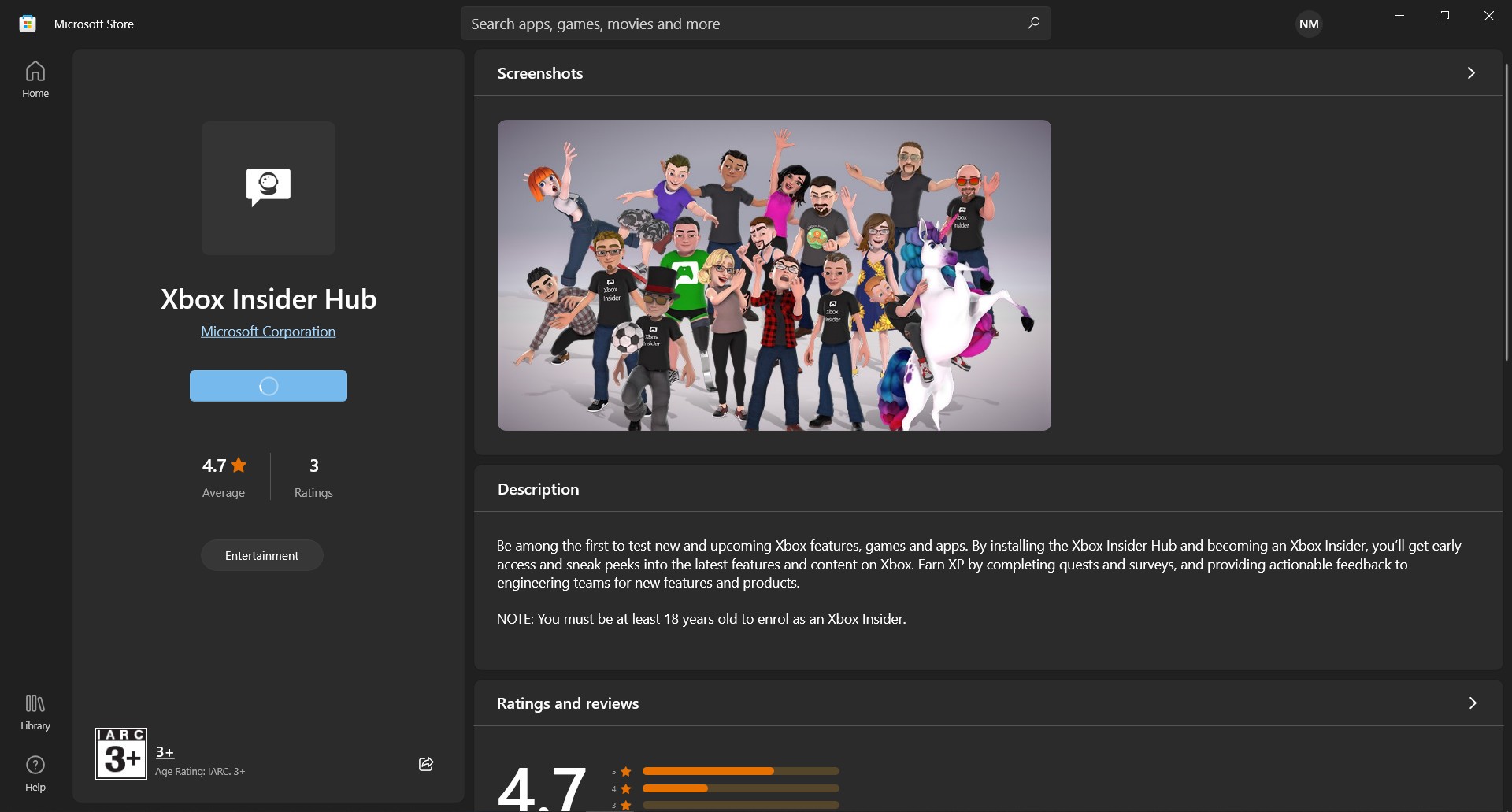 Once at the Store page, simply download the Xbox Insider Hub and open it when it’s done.

2. Log-in to the Xbox Insider App with your Microsoft account and select PC Game Pass Market Expansion from the Previews tab 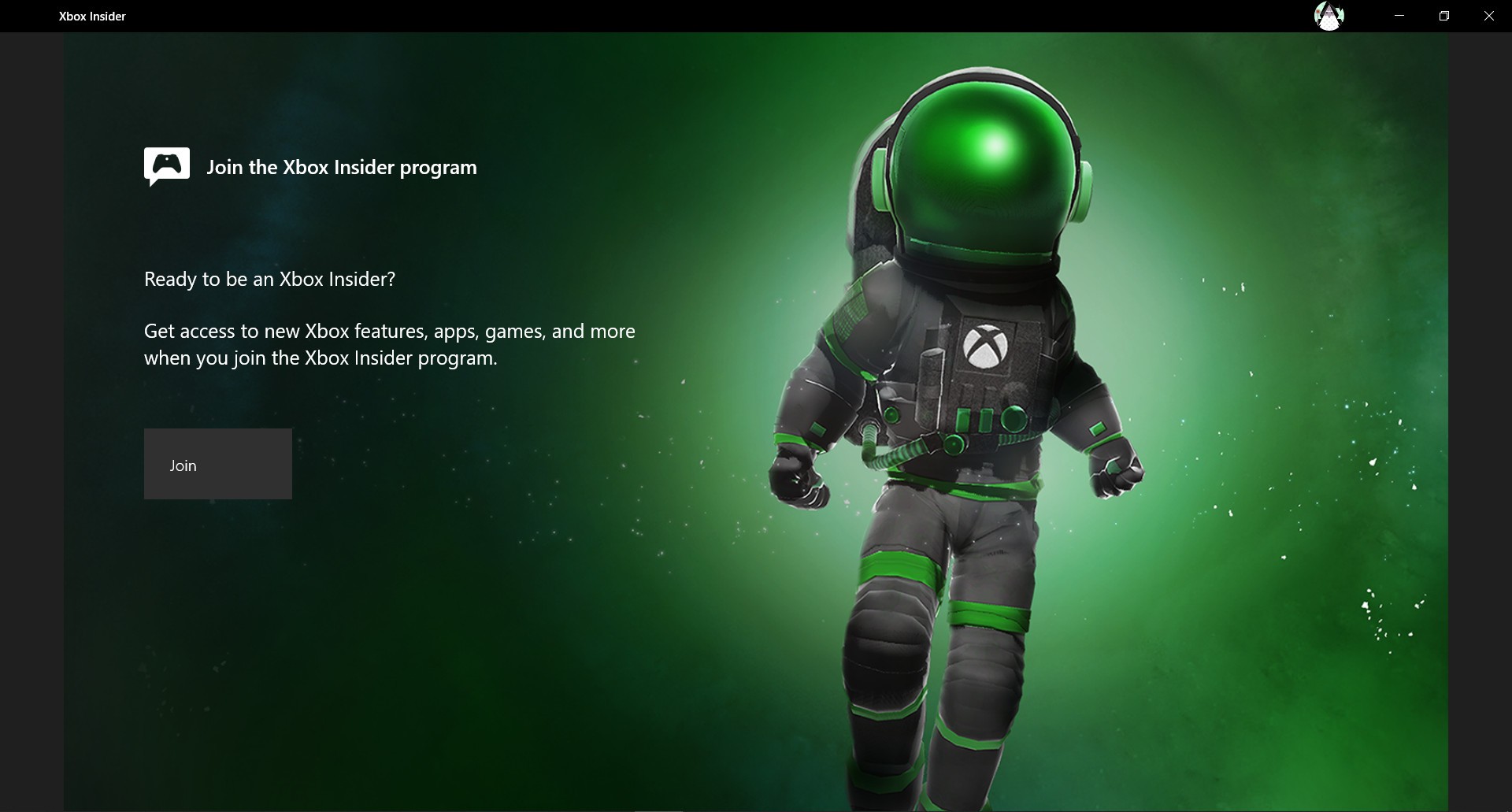 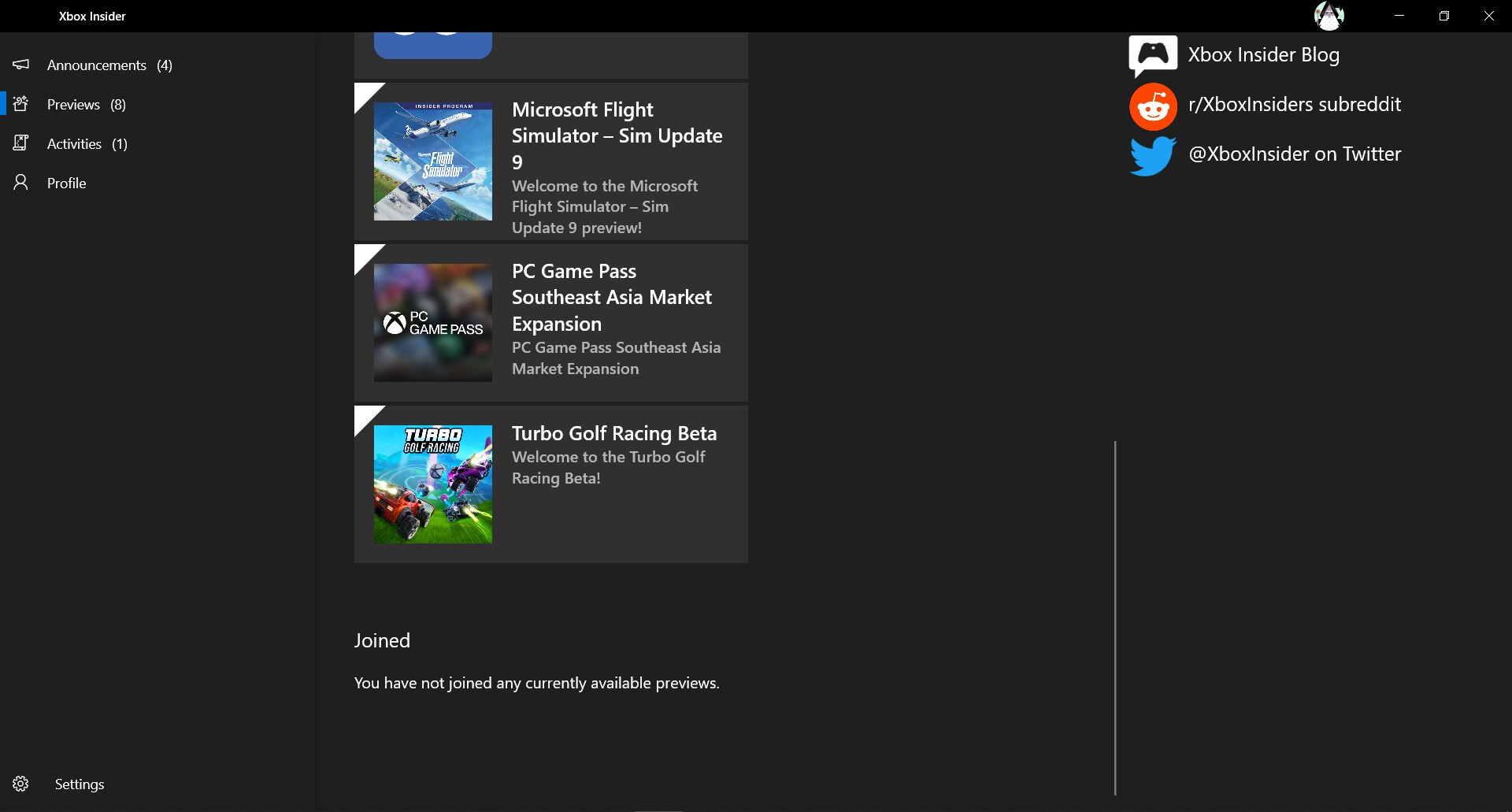 Once you have joined, go to the Previews tab on the left, then look for PC Game Pass Southeast Asia Market Expansion. 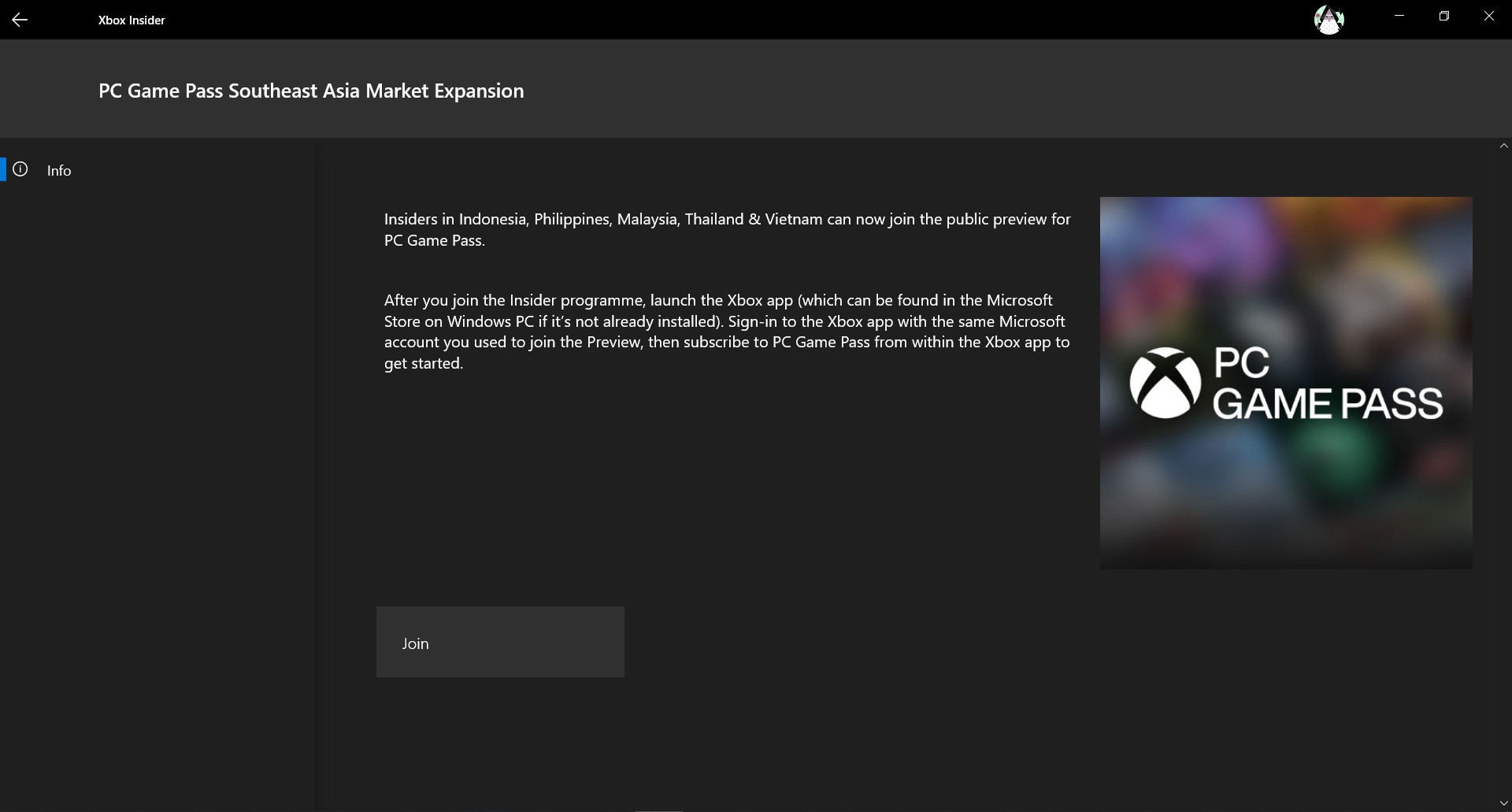 Click the PC Game Pass expansion then press join. After this, you will see a prompt to Open in Xbox App.

3. Open the Xbox App on your PC (or download it if you haven’t yet) 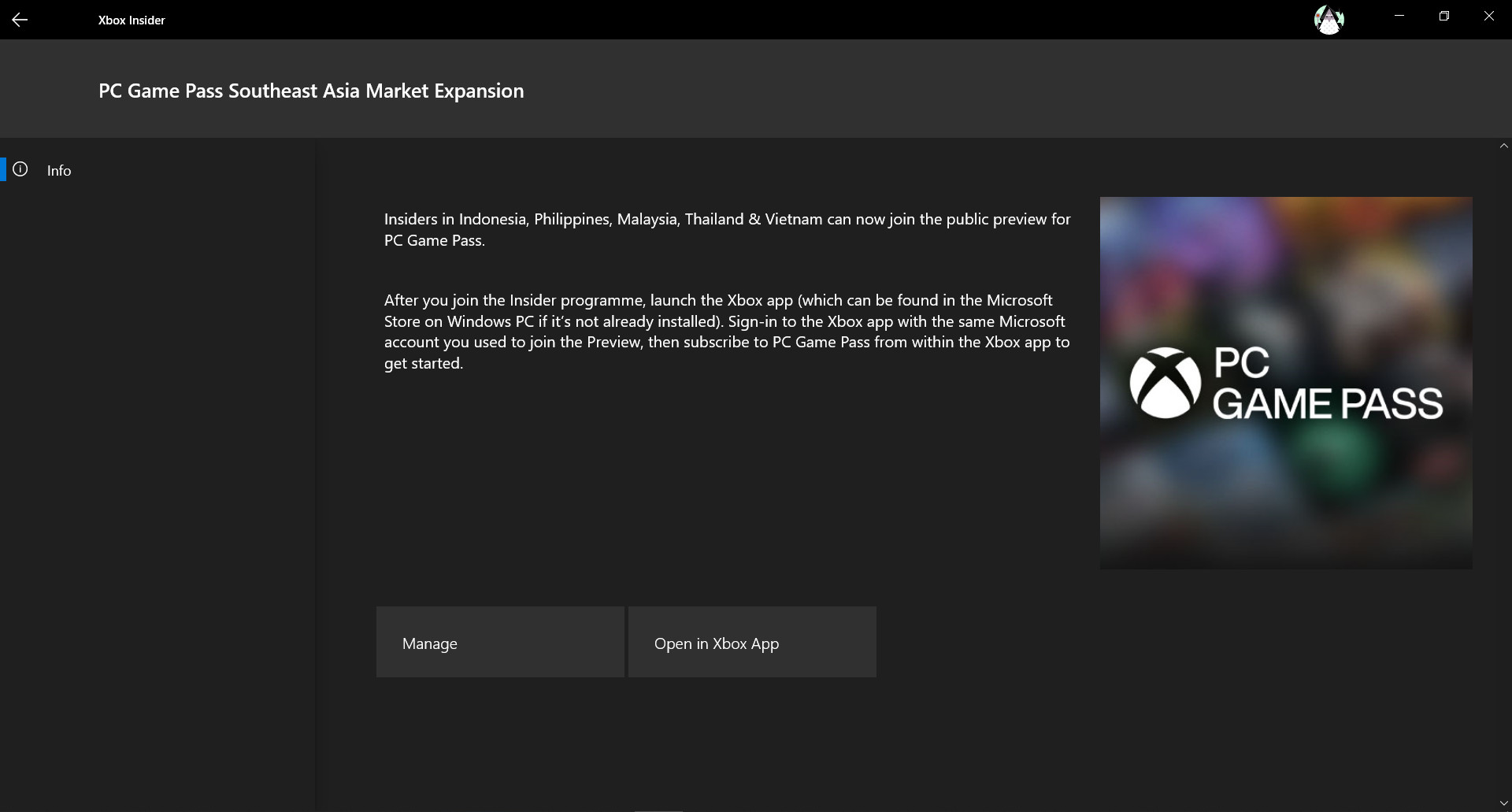 Once you have the Xbox App, log in if needed. 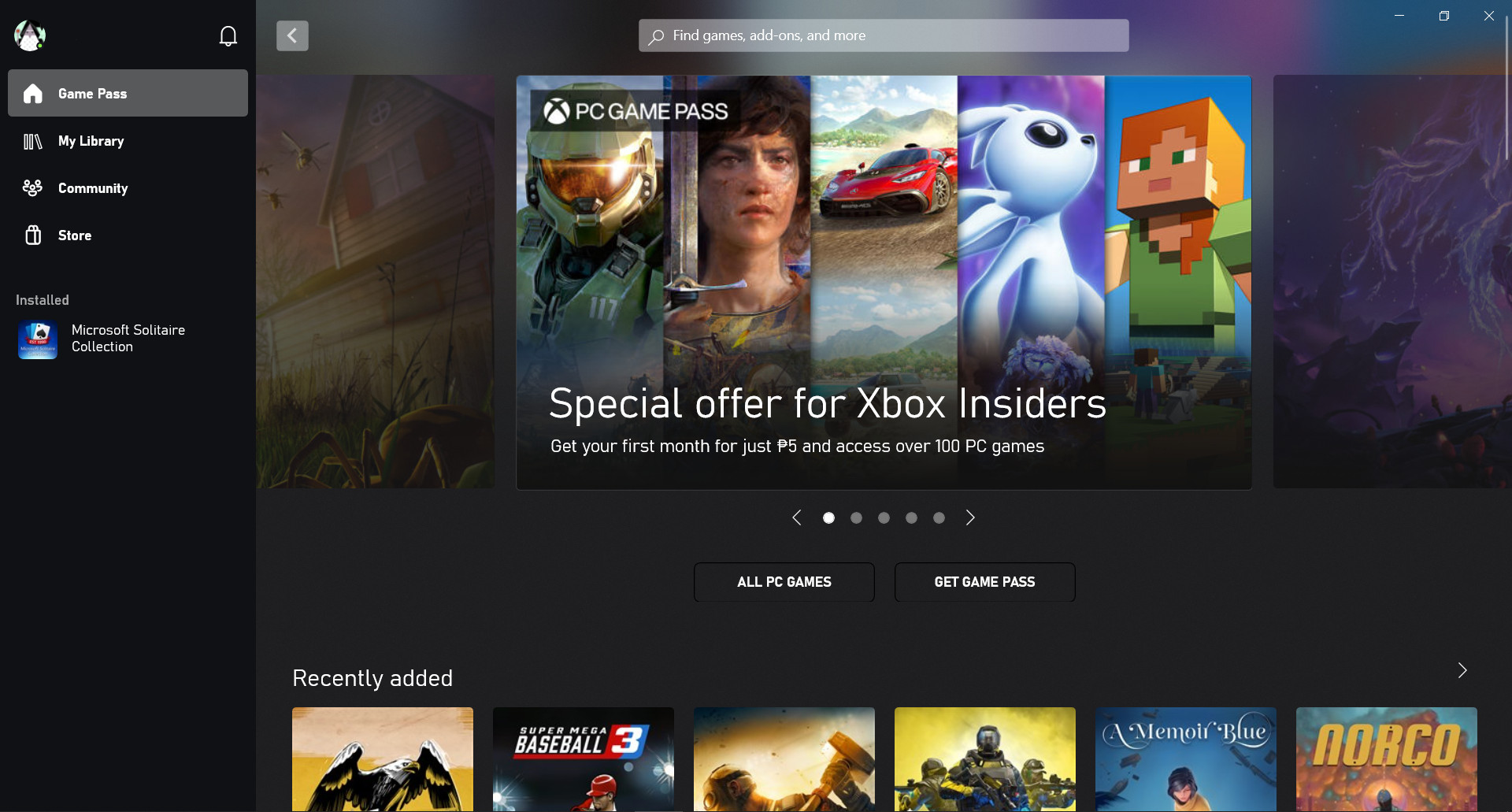 At the top left corner is the Game Pass tab. Click it and you should see the option to Get Game Pass.

4. On the Xbox App, go to the Game Pass tab and select Get Game Pass 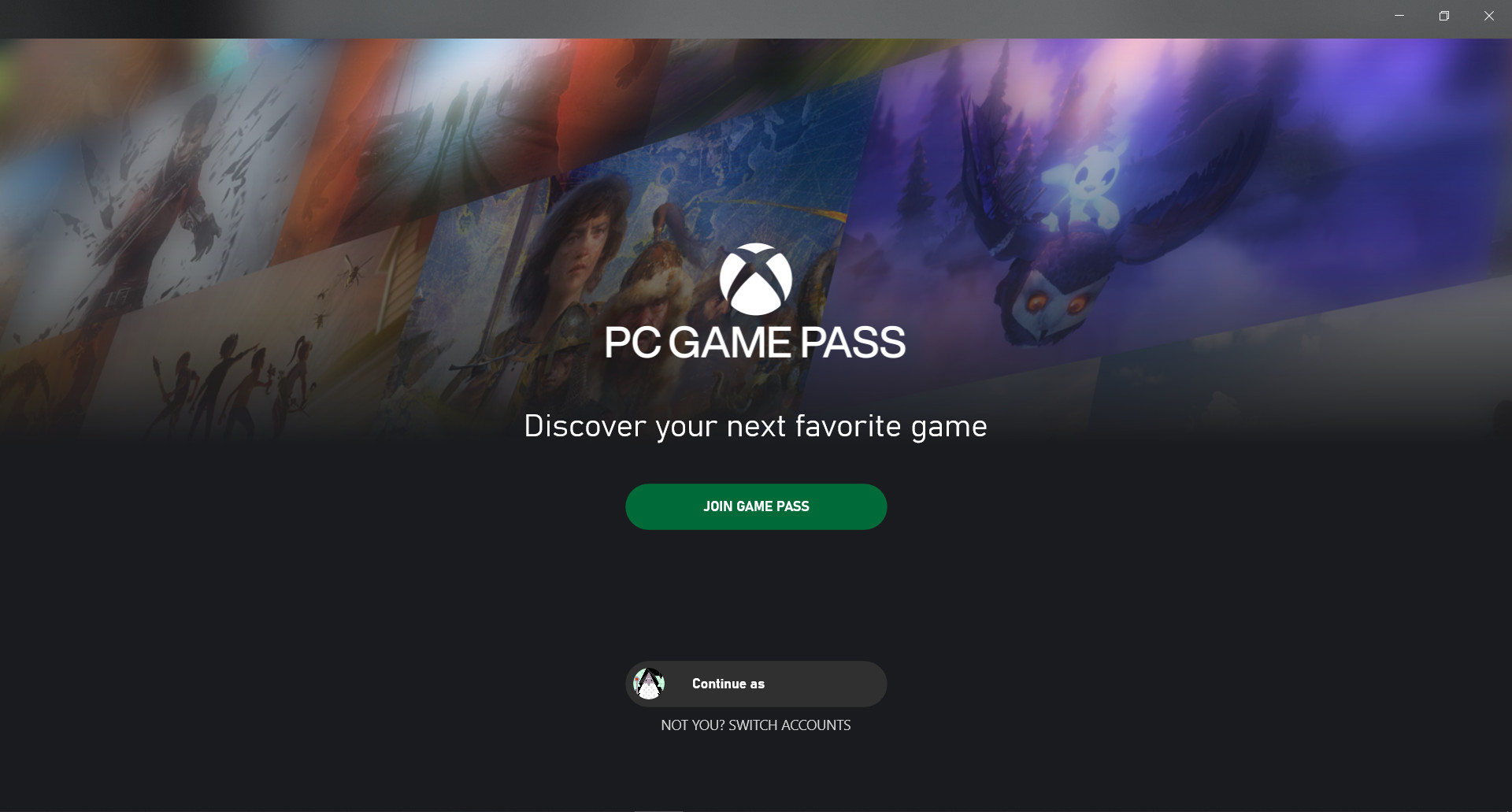 Once you select Get Game Pass, just press the Join buttons until you get to this page: 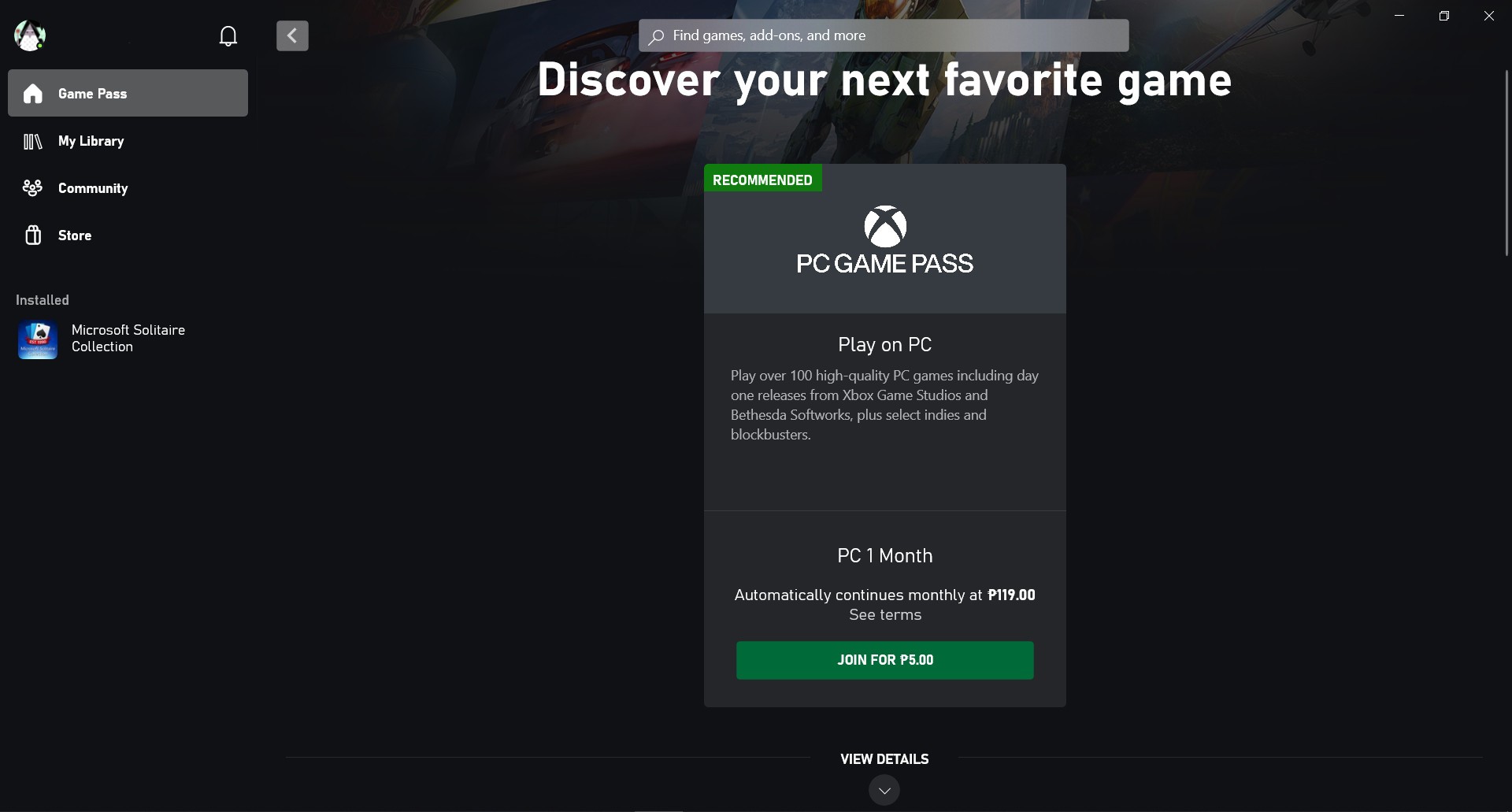 5. Input your Card details to subscribe to PC Game Pass 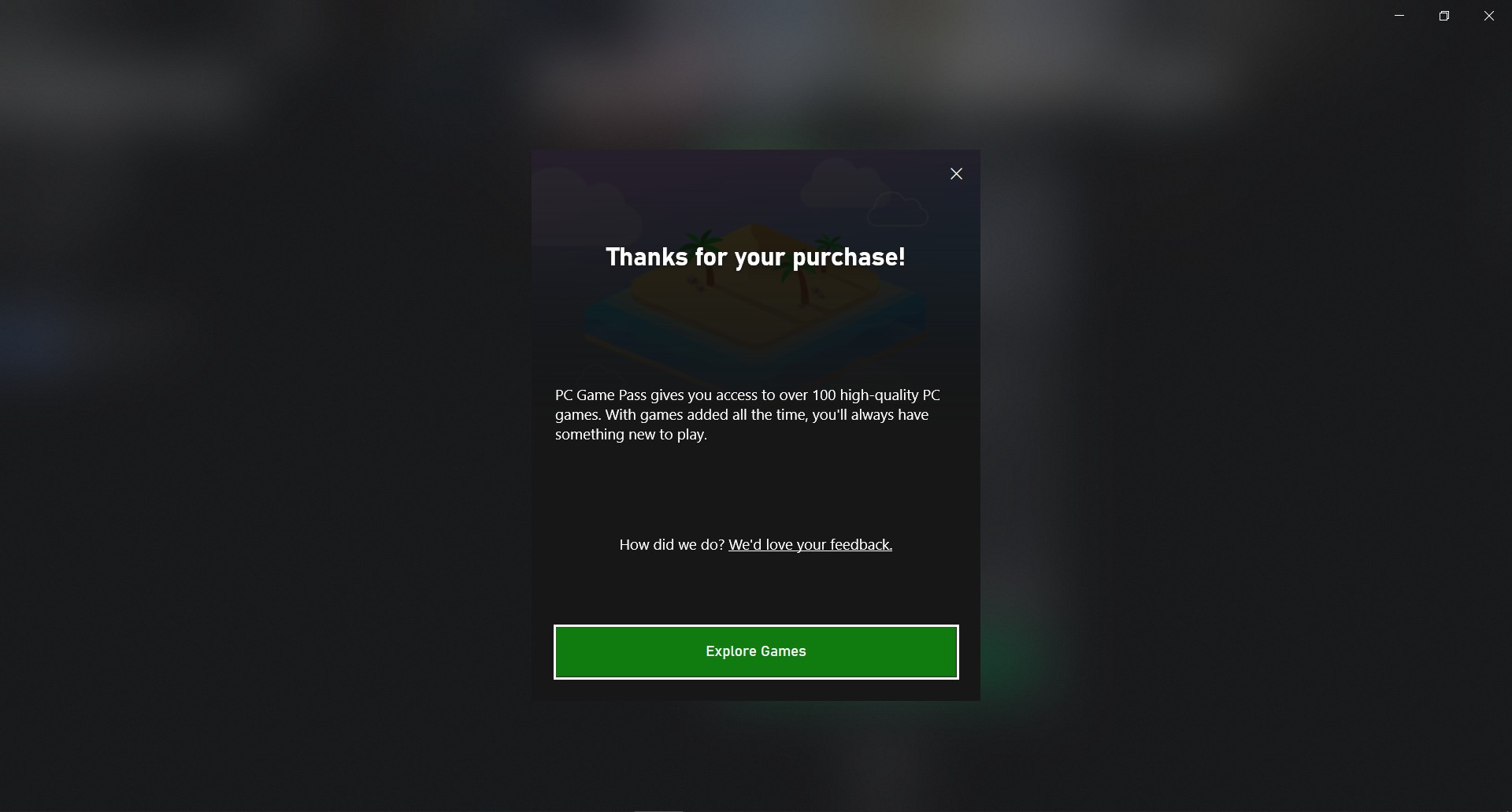 Once the initial payment has been made, you now have access to PC Game Pass. With this, you should now be able to download and play a selection of over 100 games from Microsoft Game Studios, EA, and other partnered publishers. 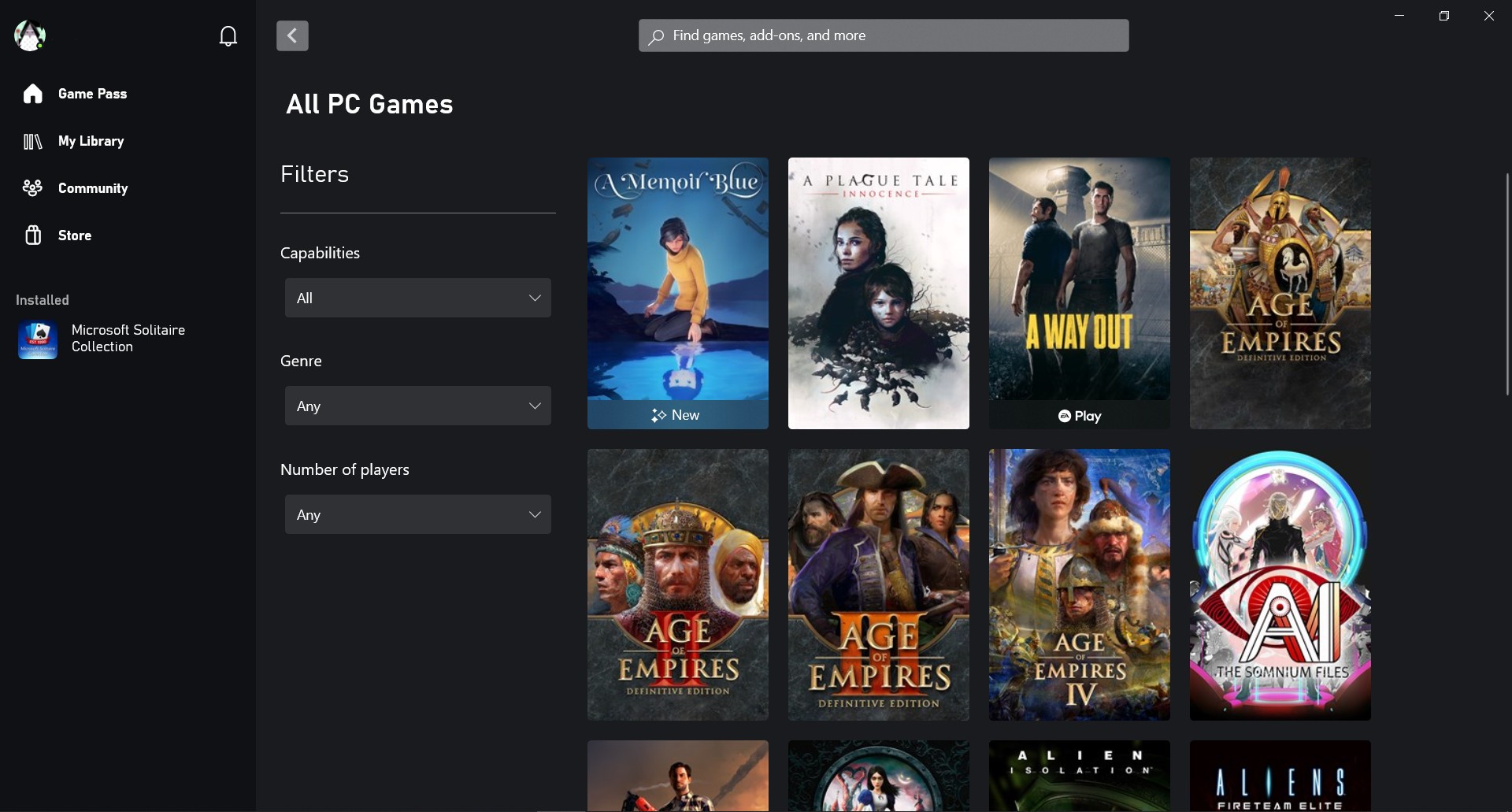 When you subscribe to PC Game Pass, your subscription will automatically renew after one month, so remember to check and manage your subscriptions if you’re only interested in trying it out.