Now this is an impressive cosplay of Elden Ring's best girl! 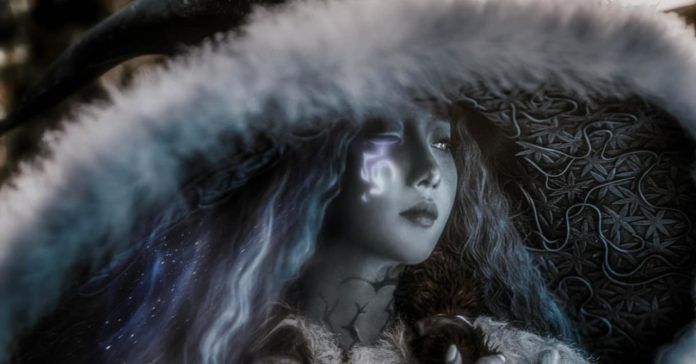 Alodia Gosiengfiao, one of the OGs of Philippine cosplay, recently cosplayed Ranni the Witch — arguably Elden Ring’s most popular waifu. And yes, the results are impressive!

Among the Elden Ring characters, Ranni might be one of the more difficult ones to cosplay  (barring those wearing heavy armor). This is because not only is Ranni blue which necessitates lots of face/body paint, her cozy witch outfit is also intricate. On top of this, Ranni has four arms, and since none of us have four arms, a cosplayer will need to craft extra limbs for a complete look.

Here’s another angle where you can see more of Alodia’s Ranni (including her extra pair of arms):

Alodia did great in her Ranni cosplay, but as mentioned in her posts for it, this cosplay is a team effort. The costume and armor were made by Gelo Grayson & Badj Galias-Genato, while the wig was made by Dinny Grayson, with the photos by JAO.

Finding out that Gelo was the one of those who created the Ranni costume was a pleasant surprise, especially as he was also the creator of the Kimetsu no Yaiba Nichrin Blade that we gave away a while back in partnership with Long Live Play PH.

Not only did this Ranni cosplay make us want to replay Elden Ring, it also made us look forward to even more Elden Ring cosplay. Here’s hoping we get to see more soon!

Maybe one of Melina next time?