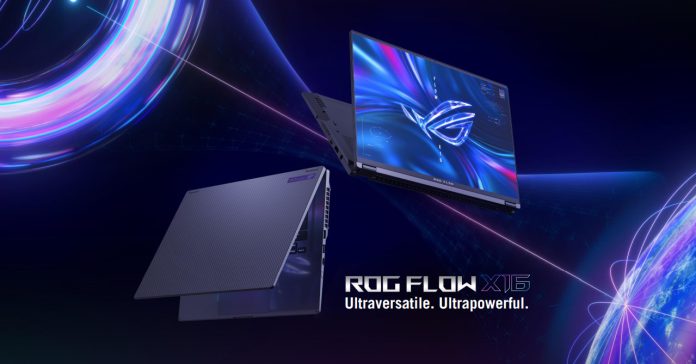 Following the reveal of the creator lineup, ASUS has announced two new ROG gaming laptops, the Flow X16 and the Strix Scar 17 SE.

The Flow X16 is the latest in ROG’s Flow series which includes the Flow X13 and Flow Z13. While the X16 is also an ultraportable like the previous Flow devices, this new laptop features a larger 16-inch QHD Mini-LED display with a 16:10 aspect ratio and a 165Hz refresh rate.

The laptop also sports a enhanced specs, including up to an AMD Ryzen 9 6900HS processor, as well as up to an RTX 3070 Ti graphics card. For comparison, the previous Flow laptops only had up to RTX 3050 Ti GPUs. 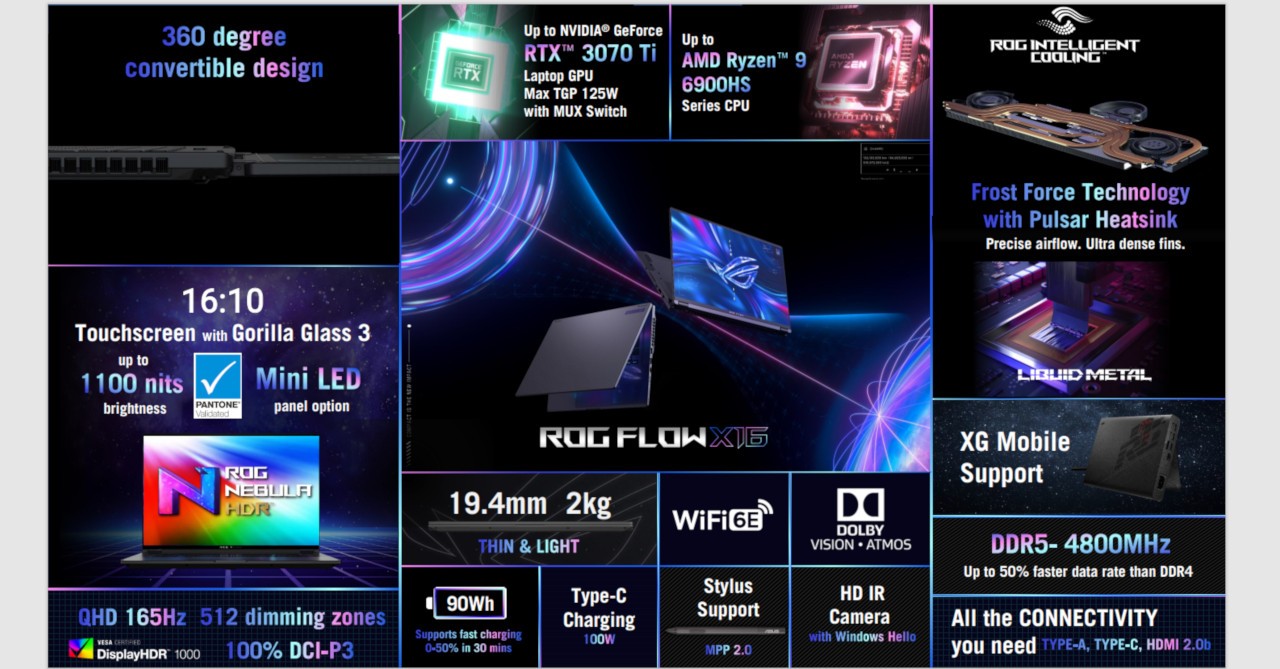 If you need more gaming performance, the Flow X16 also supports the XG Mobile eGPU. In case you’re unfamiliar, the XG Mobile is an external graphics card that was launched alongside the Flow X13.

Other features of the X16 include Type-C charging, stylus support, DDR5 memory, and WiFi 6E. 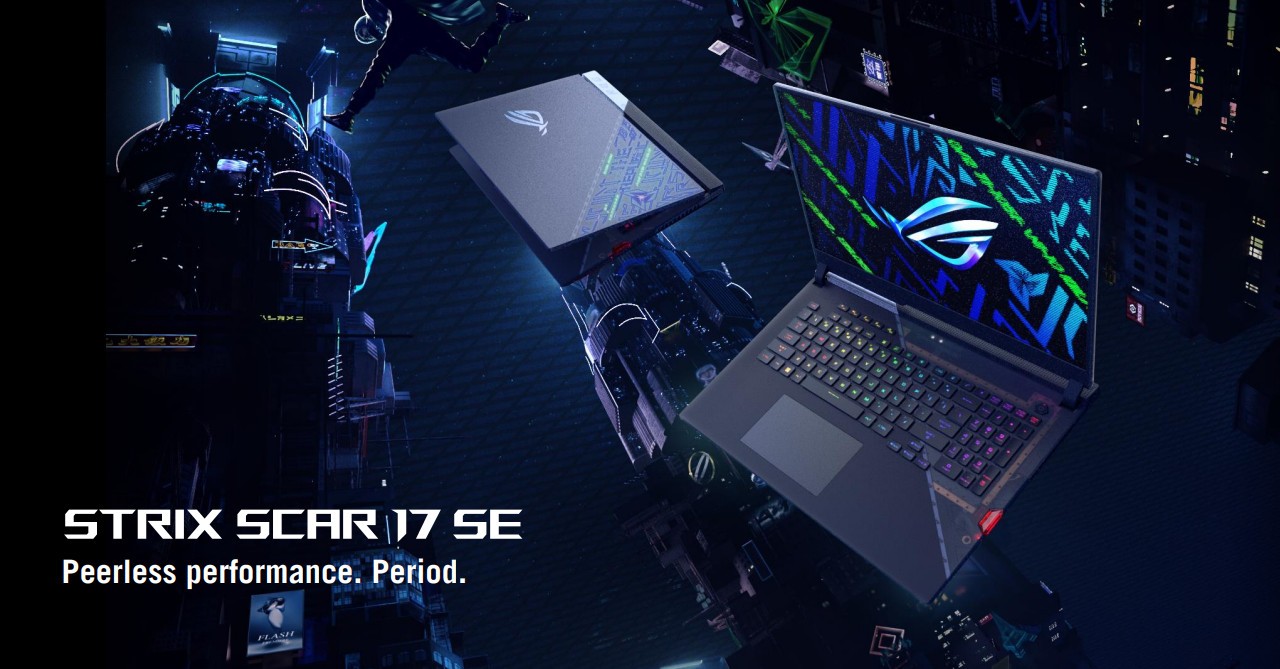 Next up, we have the Strix SCAR 17 SE, a large gaming laptop that packs powerful hardware. Specifically, the new SCAR laptop packs up to an Intel Core i9 HX series processor with a 65W TDP. This is paired with up to an RTX 3080 Ti GPU with a max TGP of 175W. The laptop also packs up to 64GB of DDR5 memory, and up to 2TB + 2TB SSDs. 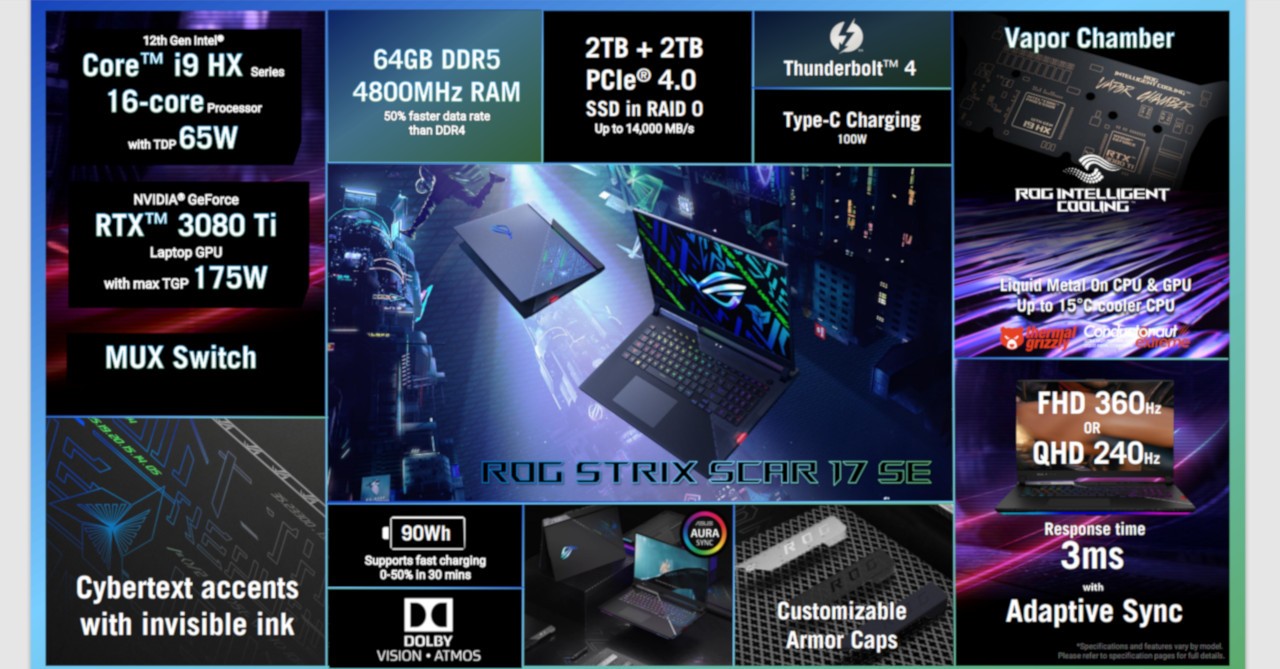 As for its display, the SCAR 17 SE can be configured to have a 17-inch FHD screen with a 360Hz refresh rate, or a QHD panel with a 250Hz refresh rate.

Pricing and availability of the ASUS ROG Flow X16 and Strix SCAR 17 SE gaming laptops in the Philippines will be announced soon.