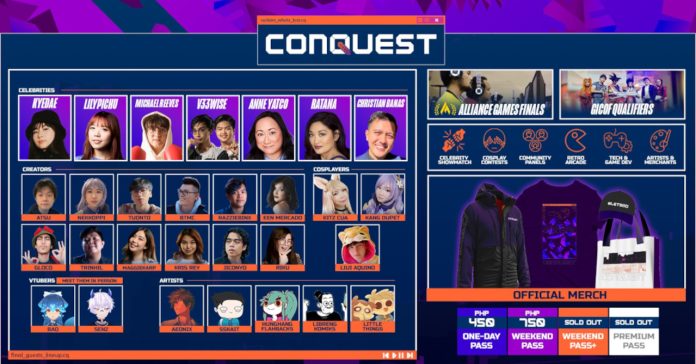 In 2019, AcadArena brought us the Philippines’ premiere gaming, pop culture, and web3 event which was aptly for the youth, by the youth. This year, it’s making a much-awaited comeback, and as far as surprises go, they came prepared.

What we’re getting is a two-day affair packed with fun and excitement in the form cool merch brands, both the latest and classic video games, beautiful artwork, and a few of your favorite celebrities and content creators who dropped by to say hello. Now, who are these notable people, you ask?

Well, the CONQuest Festival team did a superb job at hyping everyone up. Over the month of may, they unveiled three “waves” of guests. Of course, there were rumors circulating on social media, but finding out who the mystery guests were was part of the fun.

Wave 1 was a cavalcade of wonderful icons with popular gamers and content creators. From international competitive content creators, to local legends, to artists whose work we know and love–the first introduction was undoubtedly packed. 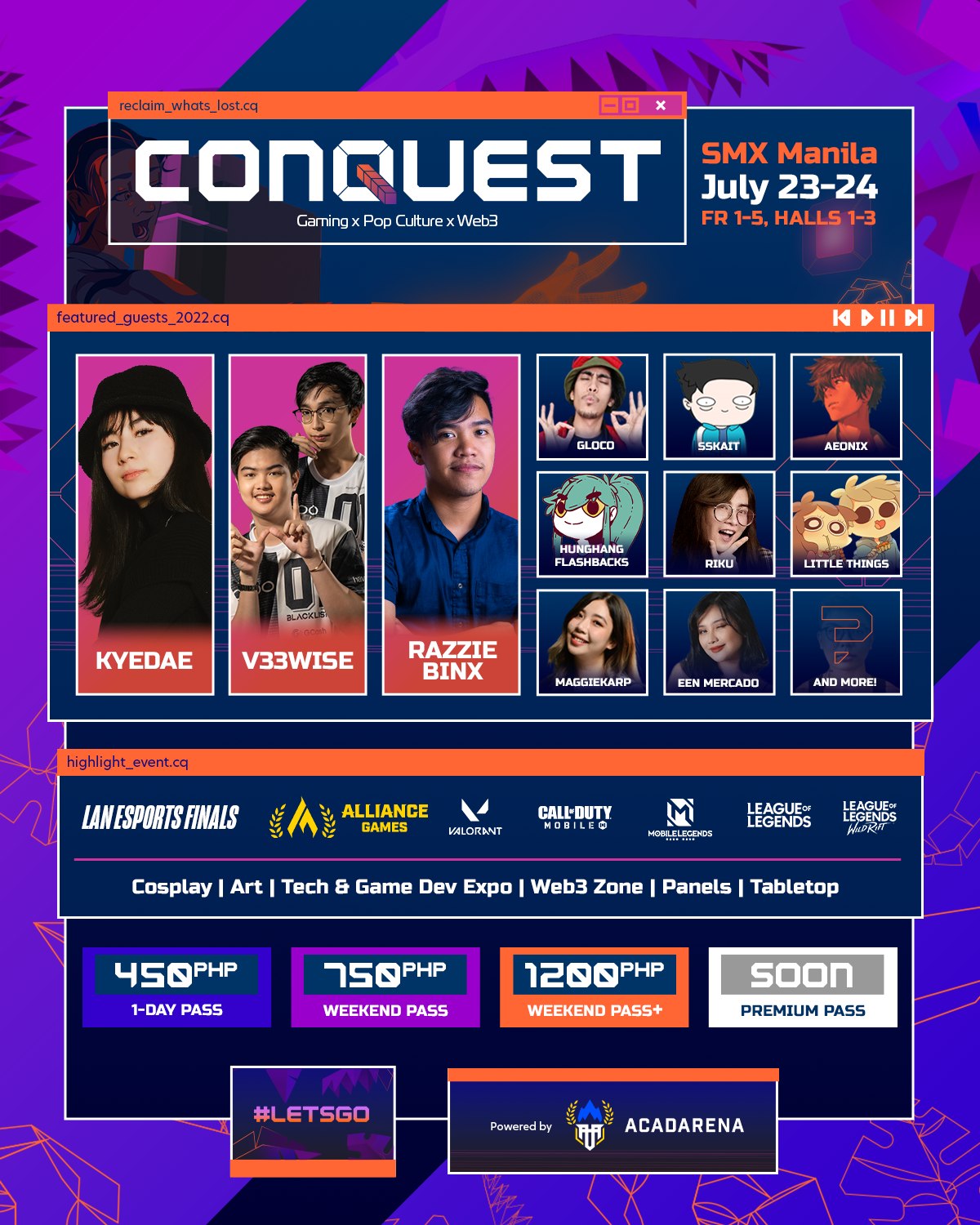 Wave 2 ramped things up. Prominent VTubers and cosplayers confirmed their appearances. We also got some notable figures in Genshin Impact–both in-game, and outside of it. The hype train was gaining speed, and the excitement at that point was palpable. 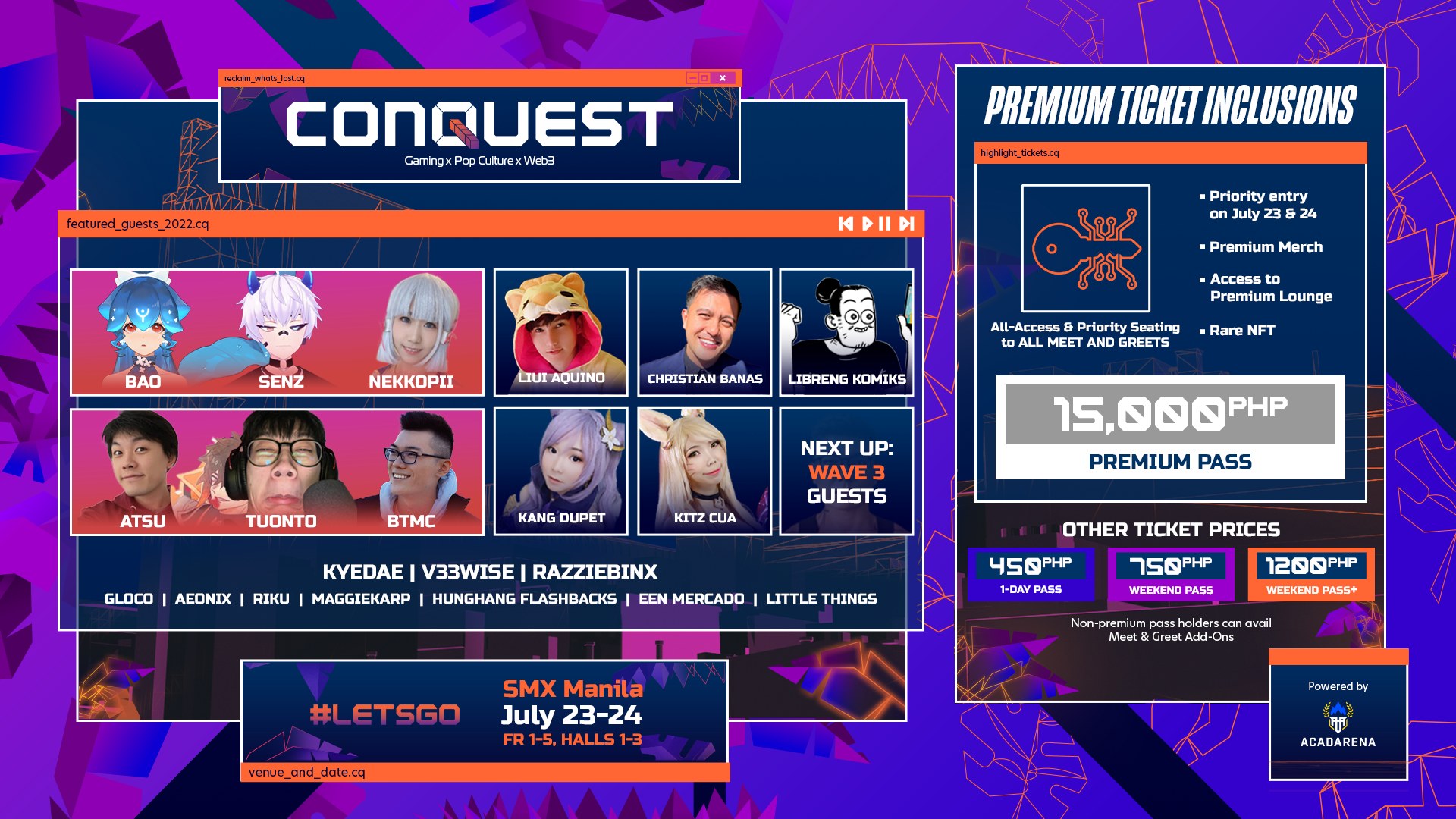 For our final wave, we we arrived at the “surprising part.” Yes, if you know that reference, then you know. We were pretty hyped ourselves. It’s the perfect amalgamation of content creators who’d best represent the event’s essence. The best of the best.

Ladies and gentlemen, CONQuest Festival is going coast-to-coast–and we’re all here for it. 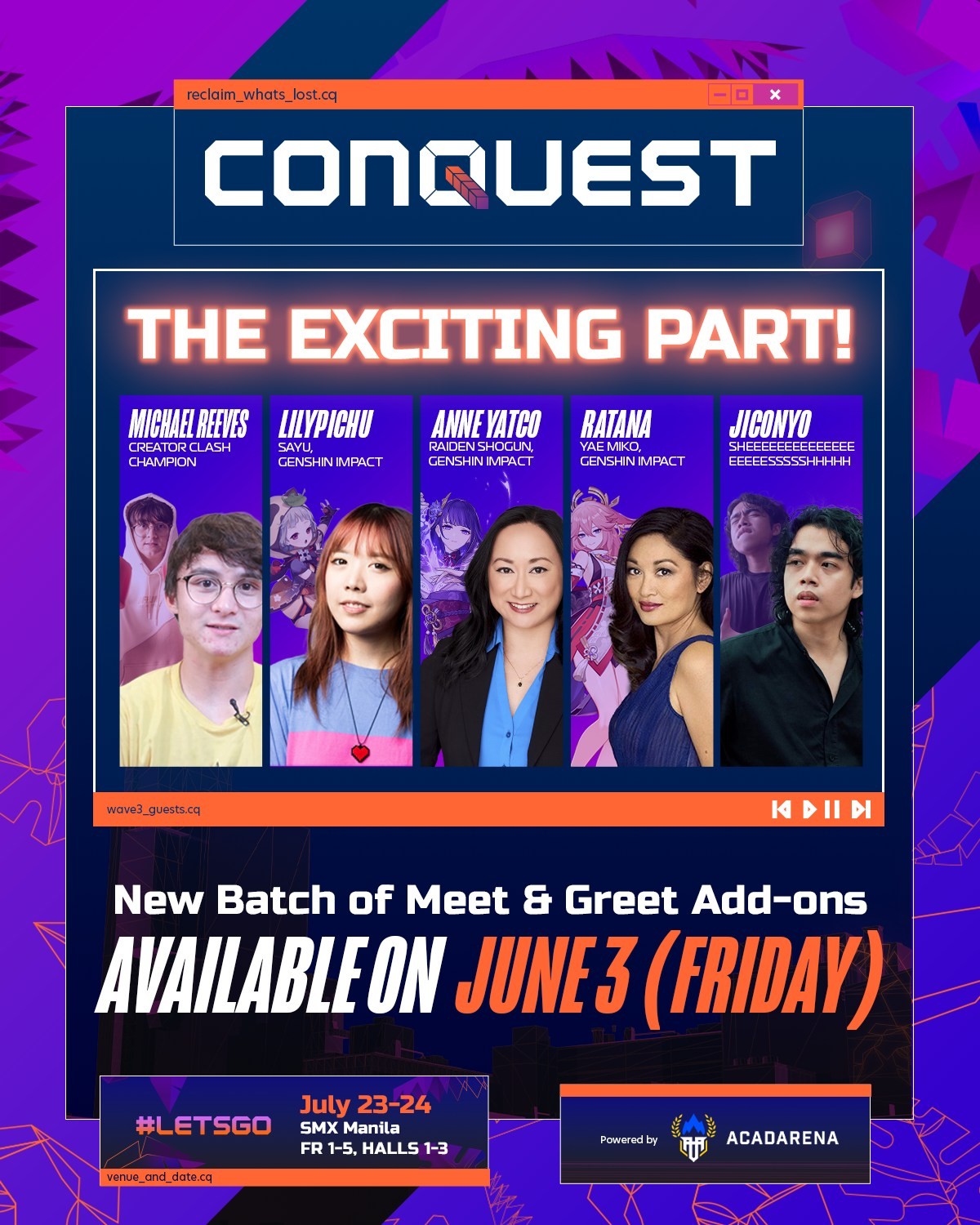 This is arguably the best reason to get hyped for July, so if you’re still on the fence, you still have time to decide. This is an event you wouldn’t wanna miss.

After a two-year drought of events in the Metro due to circumstances absolutely out of control, we’re getting two awesome days to make up for lost time. So, we highly suggest you make time for this momentous occasion.

If you want to know more, do check out their official website where tickets are still on sale. For more information on the featured guests, their Facebook page is always open. Talk about it, share it, let everyone know about it. Bring the hype!