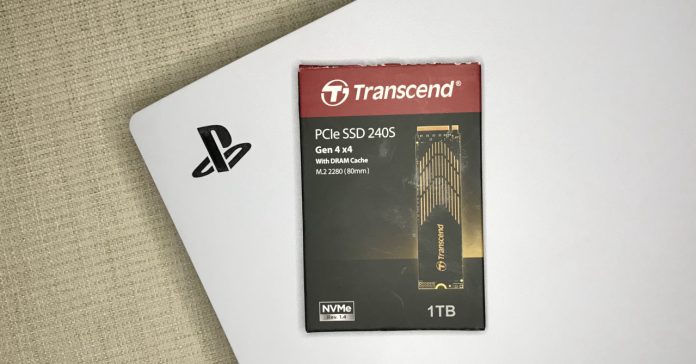 We recently got our hands on the Transcend 1TB PCle SSD 240S and we decided to test how it performs in a PS5. Considering how many big-time games are coming out this year, you’re gonna be needing all the space you can get.

When Sony finally allowed SSD expansion for PS5s, there were a few things we had to worry about. The installation process isn’t as simple as plug-and-play and not all brands are supported by the console. Acquiring a compatible heatsink to go along with the SSD in order to prevent it from malfunctioning was also a must.

I’m happy to report that the Transcend PCle SSD 240S takes most of those problems away and so much more.

A major thing I love about the Transcend PCle SSD 240S is that it already has its own integrated ultra-thin graphene heatsink. This feature immediately eliminates the concern of buying one that may not necessarily work well with the SSD, or fit inside the provided space in the PS5.

In order to properly install an SSD card into a PS5 console, check this video out.

After going through the physical installation process, I turned on the PS5 and it immediately gave me the option to format the SSD which only took a couple of seconds. It informed me that the read speed will be 3794.657 MB/s. Considering that the internal PS5 storage has a read speed of 5,500 MB/s, I initially got concerned that I would notice a drop in performance. As it turns out, that’s not the case at all.

The PCIe SSD 240S features the new PCIe 4.0 specification which supports a bandwidth of 16 GT/s per lane compared to the 8 GT/s per lane for PCIe 3.0. This provides a higher processing speed and lower system latency.

I tested the transfer speed from the internal PS5 storage to the SSD expansion and vice versa. I also conducted comparisons between loading times in both storage devices from a massive open-world game and a graphically intensive linear adventure. Here’s what I found.

Transferring of games into an SSD expansion is now so much faster. When I transfer PS4 games into an external SSD to save the internal PS5 storage for PS5 games, it would take me 15-20 minutes minimum.

It’s worth noting that the games from Apex Legends to Fifa 22 caused the PS5 fan to get louder than usual halfway through the process. Although, after the games were transferred, it went back to its normal quiet state.

Another thing to keep in mind is I found that transferring games from the SSD expansion back into the internal PS5 storage took a little bit longer. Elden Ring lasted 3:20 minutes while Resident Evil Village took 1:59 minutes.

I was surprised to see that the differences were just mere milliseconds from each other and let’s face it, you probably wouldn’t notice it anyways in your normal play sessions. The initial load times were already impressively fast with the internal PS5 storage, it’s good to see that the 1 TB Transcend PCle SSD 240S is holding up.

I also tested how the SSD expansion would handle another massive open-world game in longer play sessions. I played around the world of Assassin’s Creed: Valhalla doing story missions, traveling from one side of the map to the other on foot and through fast travel. I did everything I could to try and push the performance to its limits and yet, I didn’t see any major slowdown or problems.

The bottom line is, that the 1 TB Transcend PCle SSD 240S is amazing. It’s small, easy to install, lightning-fast, and (I can’t emphasize this enough) it comes with its own graphene heatsink!

Think about how the internal PS5 storage is only 835GB with just 667GB of usable storage. There are games that reach up to 100GB in size nowadays. With advancements in game development and more emphasis on graphical fidelity moving forward, I suspect game sizes will only grow in number. Storing media files such as screenshots and recordings should also be considered.

Besides, constantly deleting files to make way for updates or new games can get annoying. I’m sure I’m not the only one who gets sudden urges to play a certain game but I can’t because I don’t want to sit around for half an hour waiting for it to install.

Even though having an external HDD for gaming is great, the unfortunate drawback is that it can only store PS5 games, not play them. Remember what I said about 15-20 minute transfers? No one wants to go through that. 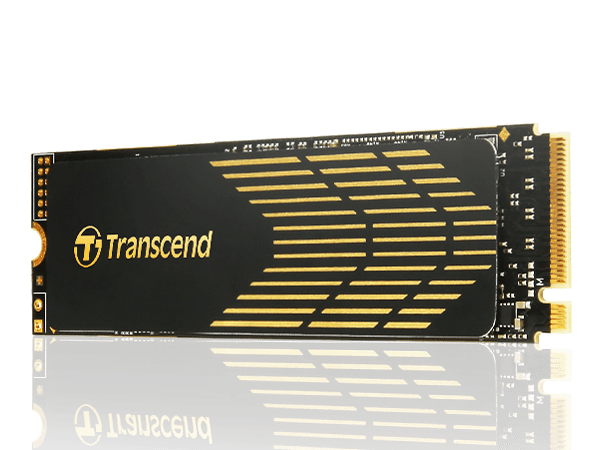 The 1 TB Transcend PCle SSD 240S is a fantastic addition to your gaming gear. If you’re anything like me, you love to have access to as many games as you can. You are going to need the extra space.