Meet one of the PH's best known cosplay couples. 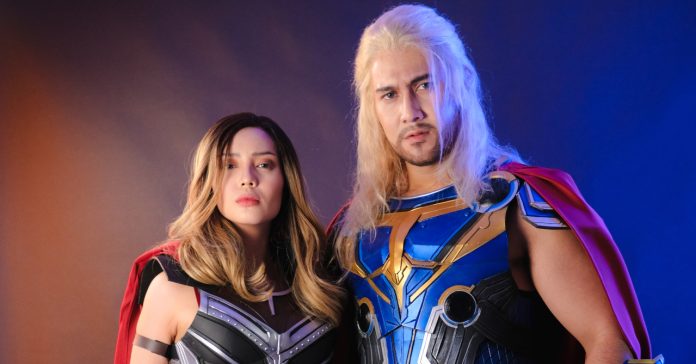 Over the past year or two, you probably have already seen cosplays of Awie and Prince de Guzman online as they have been tapped many times now by faces of marketing campaigns of pop culture brands.

In case you haven’t though, check out these awesome cosplays of this real-life couple Filipino cosplay couple:

Awie and Prince de Guzman, fiances in real life, have been the faces of several campaigns, including for  Warner Bros.’ Shazam!, Netflix’s Stranger Things, The Witcher and Trese. Their work on Trese is arguably their biggest hit from the past year as it went viral during June 2021.

“We went viral and made a lot of noise in the media during that time,” Awie recalls when she cosplayed the main character Alexandra Trese for Netflix. “I felt a lot of pressure before deciding to cosplay her because the komiks have been around for many years and the Trese community is very protective of their fandom! I read the komiks so I can properly portray Trese, and I’m happy that the creators noticed my work too.”

While both Awie and Prince are known for their solo work, be it cosplay shoots, videography, and cosplay costume creation.

For starters, Awie was Prince’s videographer at events before being offered the opportunity to cosplay the titular heroine in “Battle Angel: Alita” in 2019. Meanwhile, Prince is a prosthetics expert and is known for his YouTube channel “Prince de Guzman Transformations” — a cosplay-focused channel with a one-million strong fan base.

“Seeing a younger generation of artists being entertained and being inspired by our craftsmanship is the most fulfilling part. Whether they are into acting, painting, makeup, sculpting. I do my best to inspire the next generation of artists through my discipline and workmanship in doing my cosplays,” Prince shares.