The Advent Children extended cut is now streaming on Netflix! 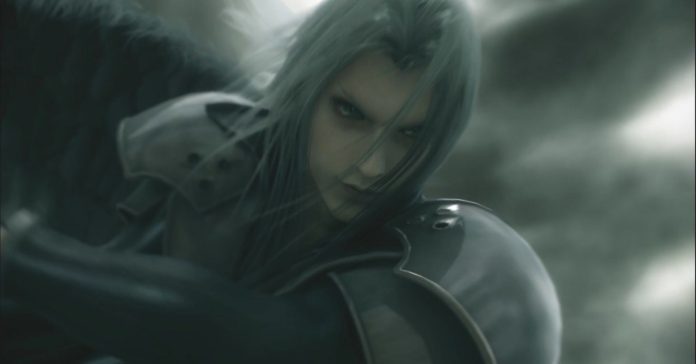 Specifically, the version of Advent Children available on Netflix is the extended cut which features lots of extra scenes and is 2 hours and 6 minutes long. For comparison, the theatrical cut is only 1 hour and 41 minutes long. 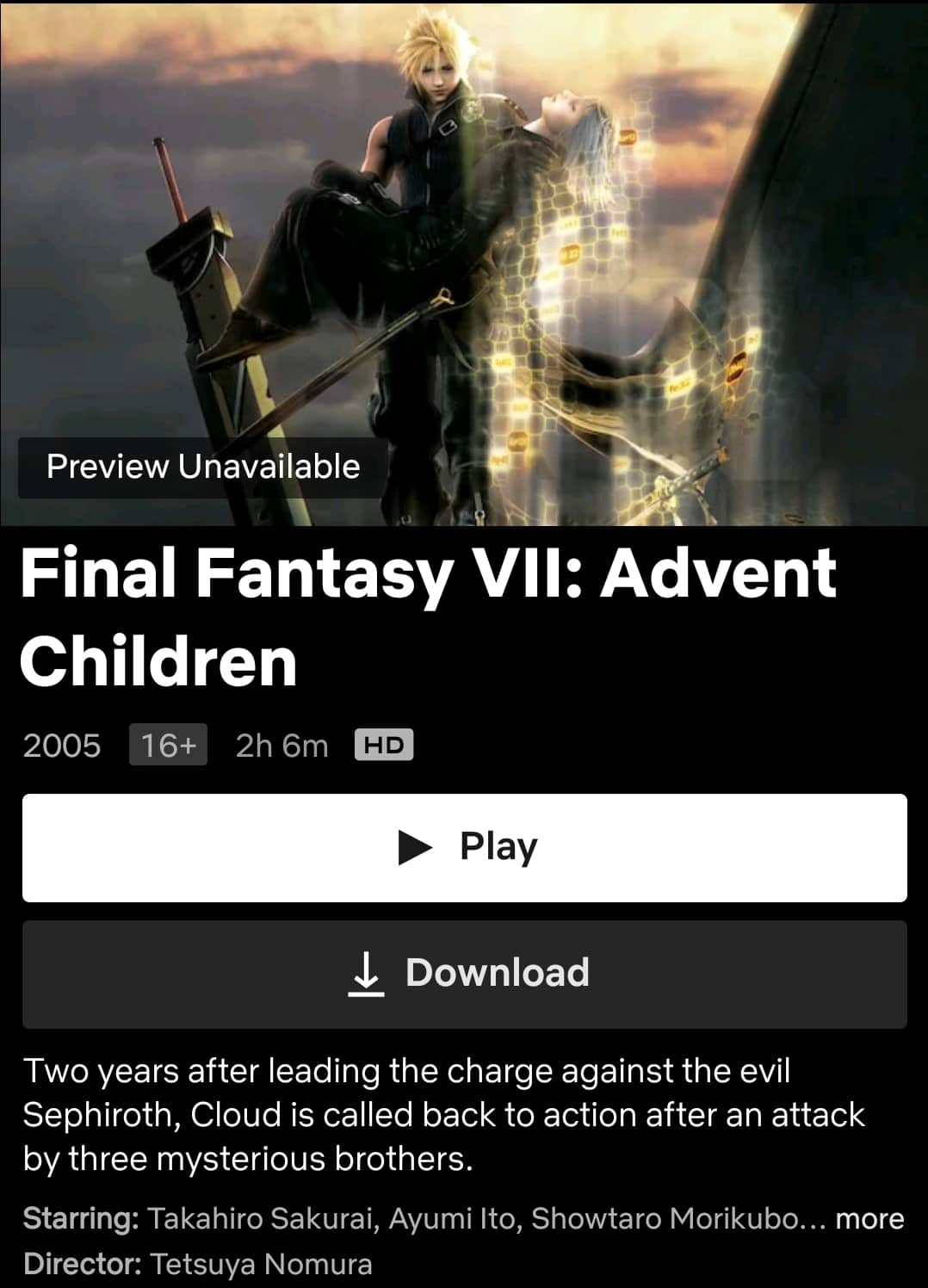 For availability, Final Fantasy fans in countries including the Philippines, Singapore, Malaysia, Thailand, South Korea, Hong Kong, France, and Switzerland should now be able to watch the movie via Netflix. Fans in other countries will have to seek out other streaming sites or buy a physical copy of the film.

Final Fantasy VII: Advent Children was originally released in 2005, and it serves as a sequel to the original Final Fantasy 7 game for the PlayStation.

“A soldier long thought dead in battle returns to wreak havoc on mankind as a punishment for the fact that he was genetically engineered by a corrupt company.

Two years have passed since the ruins of Midgar stand as a testament to the sacrifices made in order to bring peace. However, the world will soon face a new menace. A mysterious illness is spreading fast. Old enemies are astir. And Cloud (Burton), who walked away from the life of a hero to live in solitude, must step forward yet again…”

In related news, Crisis Core is getting a remastered release later this year.