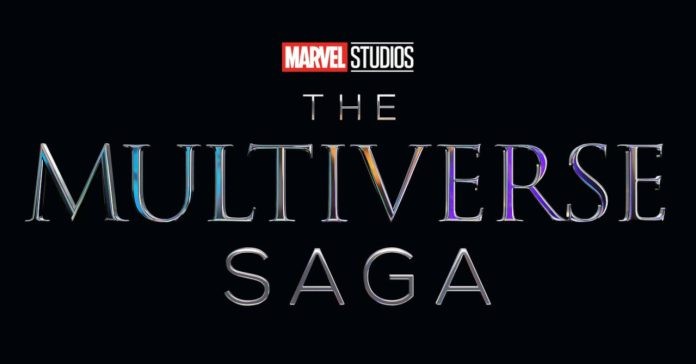 At San Diego Comic-Con 2022, Marvel Studios unveiled its lineup of movies and shows for Phase 5 and Phase 6 of the MCU. During the Marvel panel at the event, it was revealed that Phases 4 to 6 make up “The Multiverse Saga” (Phases 1-3 made up the “Infinity Saga”).

Though ahead of the Phase 5 and 6 reveal, Marvel released the trailers for Black Panther: Wakanda Forever and She-Hulk: Attorney at Low. Check them out here:

It was also confirmed that these two will be the final Phase 4 movie and Disney+ series, respectively. 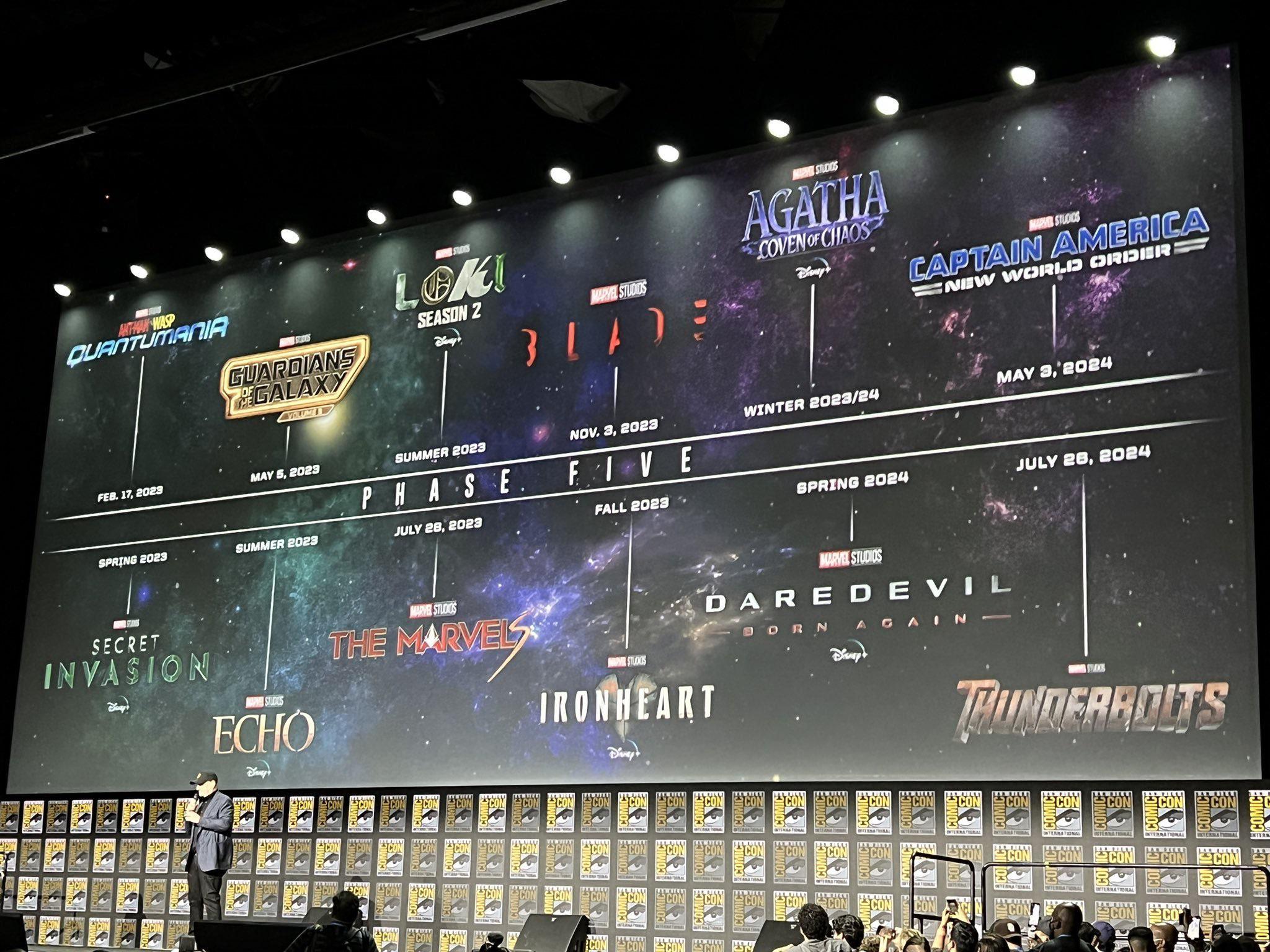 At SDCC, Marvel revealed the movies and shows that will make up Phase 5 of the cinematic universe. Specifically, there will be six movies and six Disney+ shows.

Here is the complete MCU Phase 5 lineup, along with the release dates: 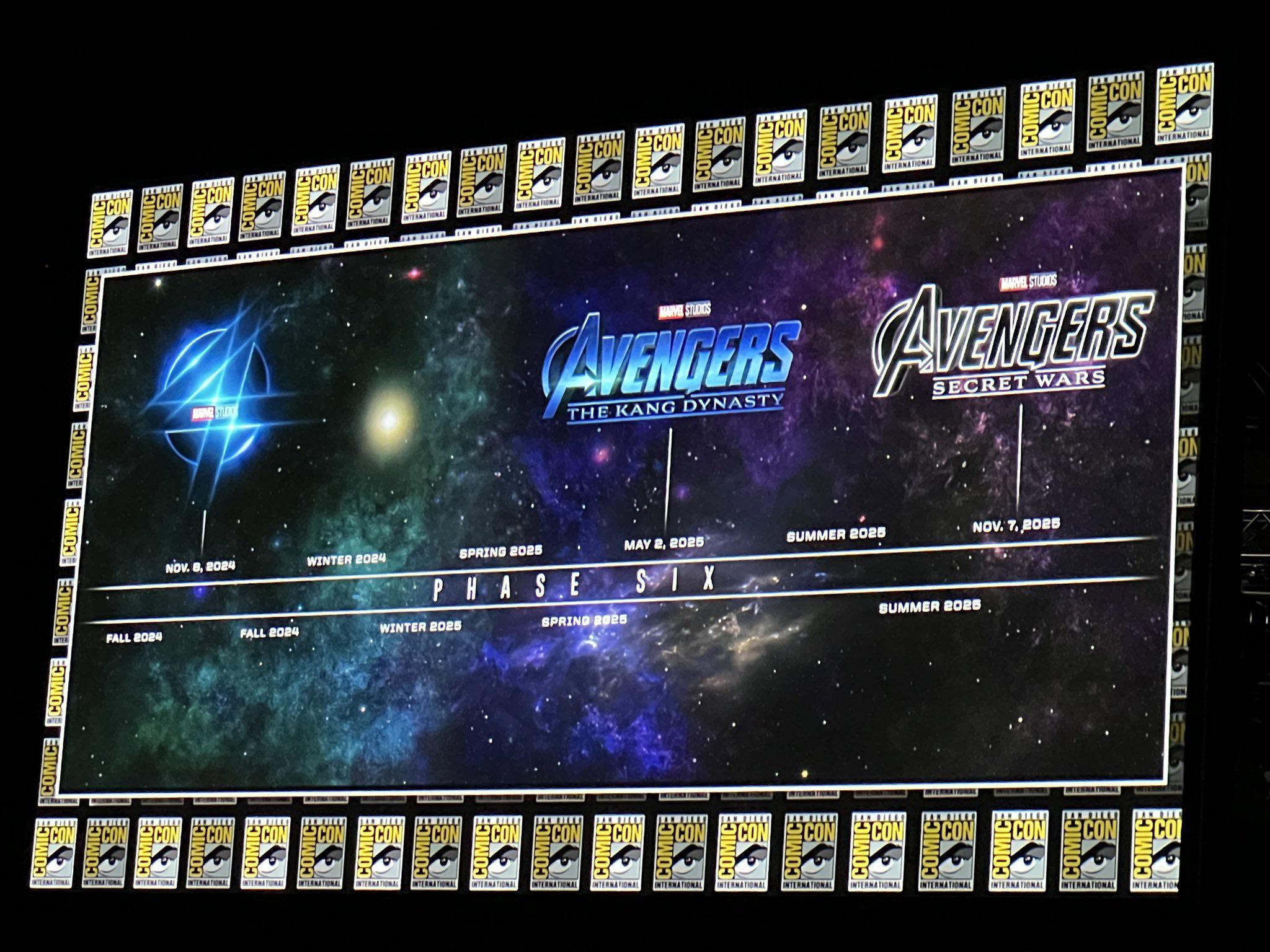 As for Phase 6, Marvel confirmed that there will be 11 projects. At the event, only three were revealed, but they were major announcements as the projects include a Fantastic Four movie and two Avengers films.

The currently confirmed movies in MCU Phase 6 include: