Tower of Fantasy: How it compares to Genshin Impact

Is Tower of Fantasy the Genshin killer that it's billed to be? 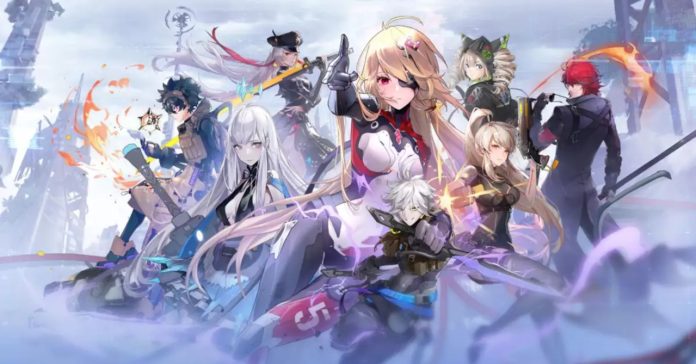 It’s a brand new week for the brand new game on the block that’s been turning a few heads as of late — Tower of Fantasy is one of the more ambitious ‘gacha’ titles to step forward and challenge 2020’s open-world, anime-inspired, moneymaking juggernaut, Genshin Impact. 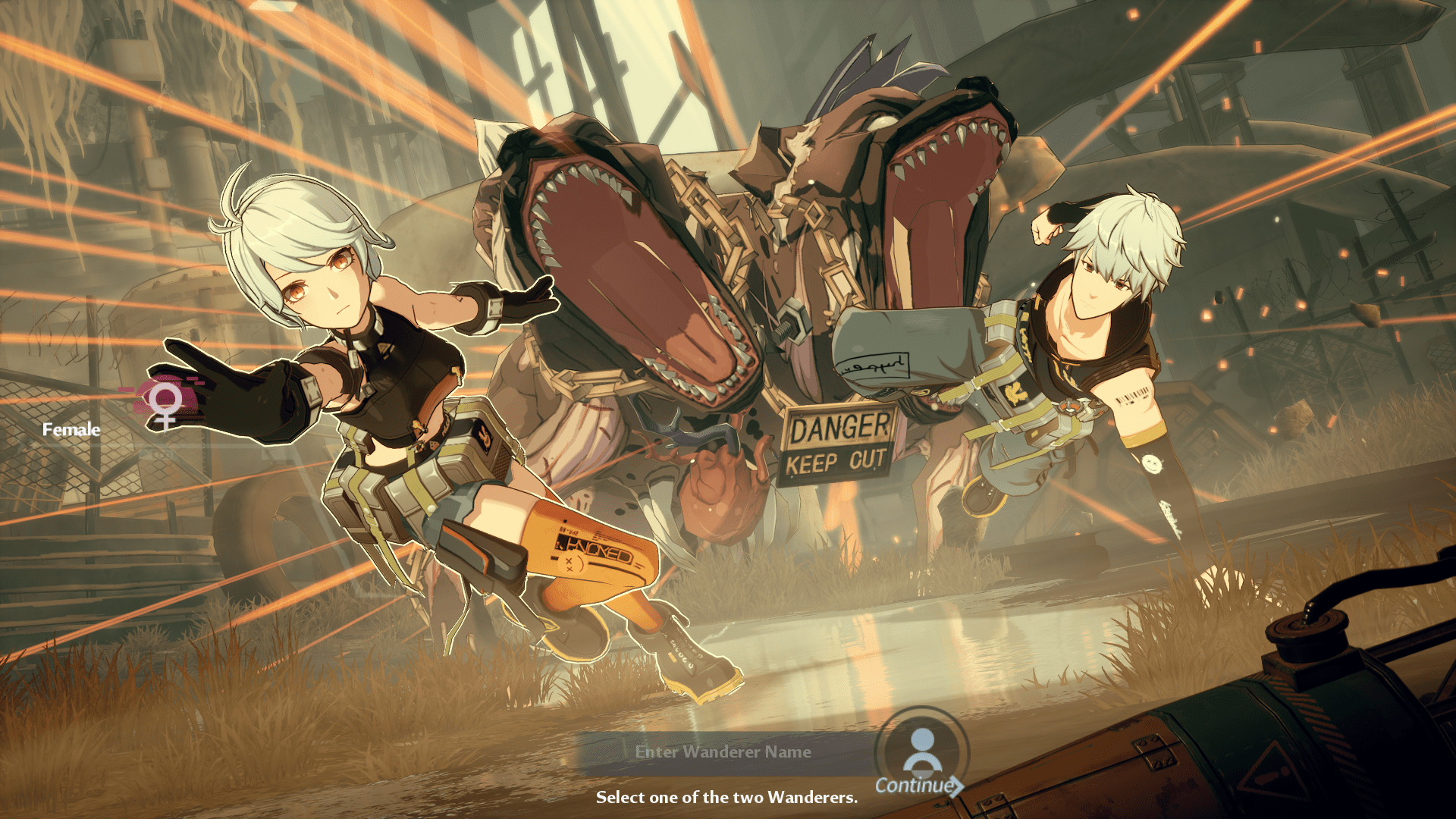 While several have tried, a few even straight-up clones, none have truly come close–at least in terms of garnering enough buzz to be a worthwhile game to try out. Hotta Studio and Level Infinite looked to shoot their shot. Let’s just say they got the attention they wanted. This leads us to the question: just how does Tower of Fantasy compare to Genshin Impact? At face value and with a week of play, I managed to scratch the surface.

Protagonist – The Wanderer vs. The Traveler

If the photo above looks familiar, well, you probably already know where this is going. While they differ in the overall story, our secretly badass, amnesiac protagonists are more or less cut from the same cloth.

They both use the default sword, are immediately befriended by the locals, and become the go-to errand person for the rest of the game. Riveting.

While doing my best to not actually spoil any of the plot, The Wanderer, at the very least had an actual job before the mindwipe–unlike Traveler, who has to become the honorary of everything or every nation he visits.

Also, Tower of Fantasy takes the cake when it comes to customization. I’ve very rarely used the character skins during my gameplay. I’ll explain “skins” later. At the end of the day, I’m quite proud of my stoic, gender-ambiguous, manic pixie dream girl with heterochromia–and likely won’t be switching her out anytime soon.

In terms of available areas to explore at launch, Tower of Fantasy has a bit more to sink your teeth into. With six districts from the get-go, it easily beats the Monstadt-Liyue connection that we got back in 2020. 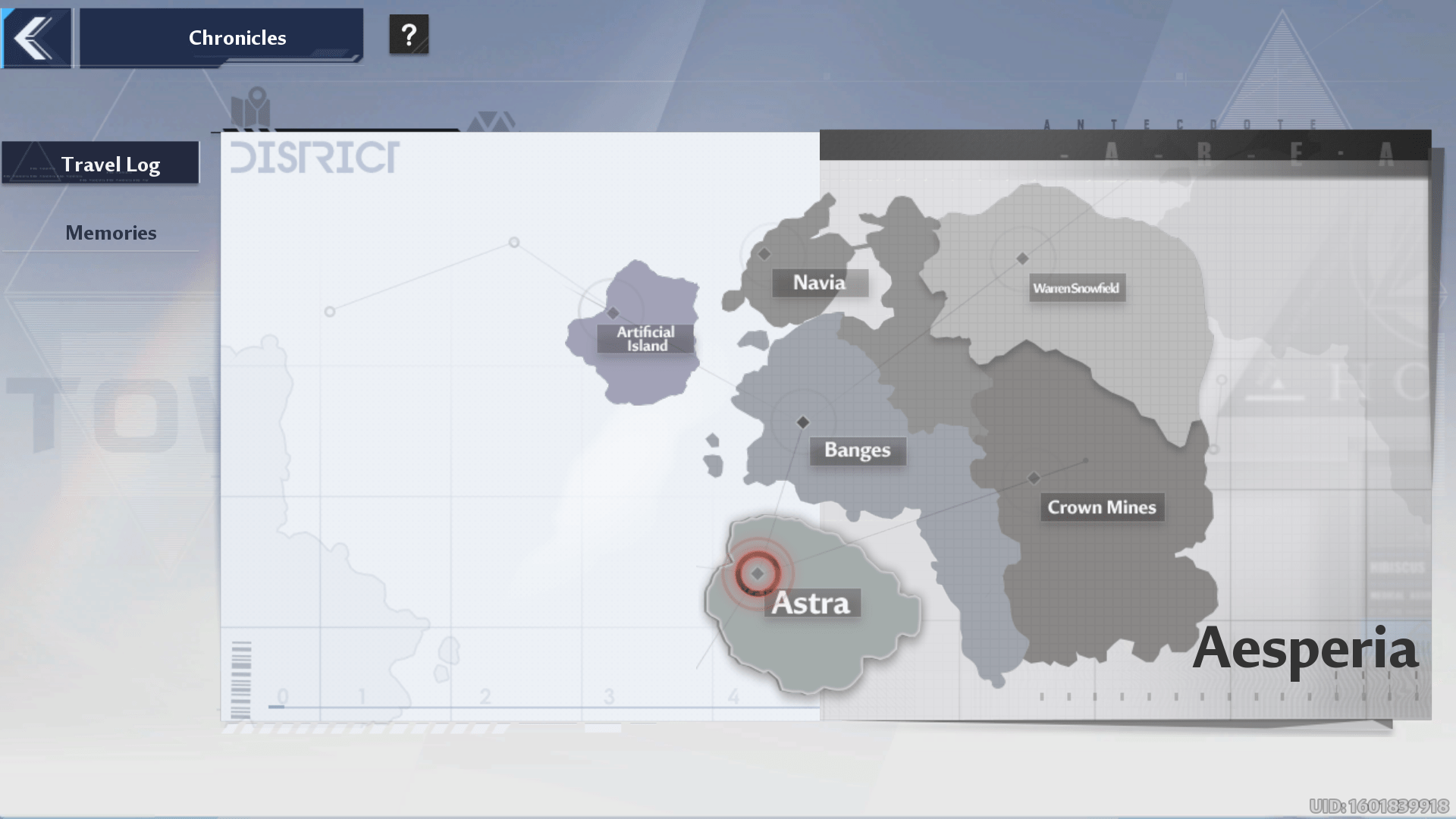 Now, quantity is good, but the quality is what we’ll need in the long run. Genshin Impact had a rather straightforward story that eventually branched out and gained its intricacies in the long run. It’s more than two years old after all.

Tower of Fantasy’s story is a combination of tropes. You have your hero’s journey, a mysterious ailment ravaging the populace, the post-apocalypse, a techno-verse, and a “notice me senpai” running plot line. It can get quite confusing, and it’s a bit hard to invest in characters you won’t be caring for the next day. There’s not much personality to go around, compared to Genshin Impact’s NPCs. Remember Stanley? We all do.

In terms of aesthetic, three of the “districts” sort of blend together, given their proximity. You only get the distinction once you meet the NPCs. Otherwise, it’s a bit same-y for most of the game’s beginning to midway content. I’d like to see where they take the story. Hopefully, I can find someone or something I can invest my feelings in.

The meat and potatoes of the game. I’d argue it should be gameplay, but let’s be honest–waifu is laifu.

You get the usual gacha pulling mechanics, albeit with a few more steps. Instead of just two currencies, you have four. There’s a bit of variety, and a bit of confusion–at least in the beginning. It all falls into place as you play the game, though.

Tower of Fantasy has a rather generous gacha system. You get a free SSR (or 5-star) character after your first 30 pulls, and a guaranteed SSR after each 80. The best part? Your guaranteed SSR pull doesn’t reset even if you get one before the 80th. Technically, you can get up to 7 SSRs (if the deities allow) before your guaranteed pull.

Also, you don’t actually get the characters, and you don’t build teams. You’ll essentially be getting a character “skin” that you can swap with your main character’s appearance–and you can’t switch appearances on the fly.

For gacha currency, there are gold nuclei for your standard banner, red nuclei for the featured character banner, and black nuclei as this strange material dump where you rarely get any characters at all. Still, it’s always free, and as you explore, you’ll get a lot of black nuclei.

Now, there really isn’t much to compare here. You get your beautiful sprawling worlds, engaging enemies, and powerful bosses. Now, Tower of Fantasy takes the latter two, and cranks ’em up to 11.

You’ll be doing combos, breaking shields, quick-swapping weapons, and dying–like, a lot. You still have the usual rock-paper-scissors “elemental” mechanics, but it’s not as black and white this time. You have Volt, Ice, Fire, and Physical. In terms of meta, I won’t speak on something I’m horrible at. What I will say is that Volt is what makes enemies die faster.

The bosses are pretty tough, especially right now where everyone’s still around level 35-45. Co-op plays a huge part in taking these behemoths down, and it’s nice to see that in  Tower of Fantasy, their co-op actually works, and runs smoothly.

Relics and vehicles are a nice gameplay feature they added. Getting from point A to point B is quicker, and a tad more fun. Ruins (domains) have nice little puzzles that relics can solve. It’s not all brute force–one requires a bit of finesse. Or a certain SSR, at some point. You’ll know it when you get there.

One complaint everyone has about Genshin Impact is that new content gets consumed almost within the first two days–regardless of how massive it is. Tower of Fantasy has a timed lock for character level, story, and exploration. While it could be a bit of a hassle for speedrunners, it’s a nice change of pace to keep things in constant, yet steady motion. Given they already released 6 districts, they really need to pace themselves.

Simple joys. Just a few things Genshin Impact doesn’t have, but would be a bit nicer if they did. Sure, you can modify these settings manually, but it would’ve been great to have the choice right off the bat.

It’s also safe to say that the aforementioned vehicles and relics contribute a great deal to the overall quality of life. Exploration and combat not only become simpler, but also become a fun game of experimentation.

There’s also a nice feature where you can play the game in four different aesthetic filters. I was playing for hours under the “Apocalypse” aesthetic, thinking I was running Borderlands. Everything was fine once I switched to “Retro.”

The game’s minimap can be a bit handhold-y, say for most hardcore gamers, but the way they note down all the “explorable” elements, and remove them when you find them, is quite the nice touch. It’s much easier to get 100% exploration here than it is in Genshin Impact.

The English voice acting isn’t the best. If you love yourself, go seiyuu. I don’t mean to be harsh, but you’ll know for sure once you hear it.

There’s also this conundrum where one of the characters, KING, is supposedly voiced by Johnny Young. This certain Johnny Young is nowhere to be found online, and Johnny Yong Bosch has no traces of the game in his filmography.

Still, Genshin Impact has the superior voice cast, hands down. This will become all the more apparent once you visit the area Hykros. Trust me on this.

Also, this guy sounds a lot like Keith Silverstein. We’re onto you, Keith. Update your info.

It’s only been roughly a week, and most of the game’s features have just refreshed, as expected with most gacha titles. We’re still on our first character banner, and the launch events have yet to end. It’s only just the beginning.

Tower of Fantasy has truly made an ambitious decision by going all out, and I’m very much looking forward to how they’ll proceed.