UNIQLO’s One Piece Film: Red UT collection will release in the Philippines on August 5

The new Uniqlo x One Piece collection is releasing in the PH soon! 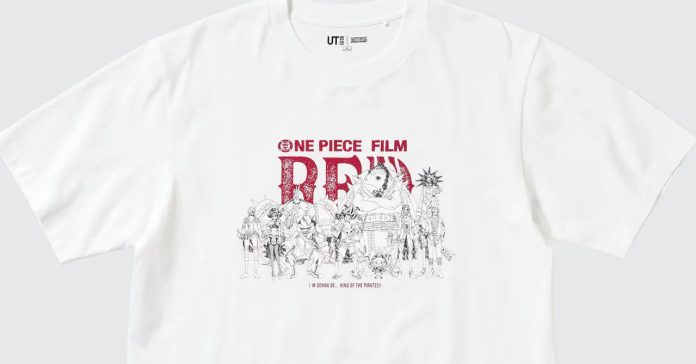 Following its reveal back in June, UNIQLO has announced that the new One Piece Film: Red UT graphic tee collection will release in the Philippines on August 5.

Specifically, the new graphic tee collection features four t-shirts with designs that are inspired by the upcoming film, One Piece Film: Red.

In case you’re unfamiliar, Red is the fifteenth movie in the long-running One Piece series, and it will release in Japan on August 6. In the Philippines, the movie is scheduled for a September 2022 cinema release.

Check out all the designs here:

First up, we have a black graphic tee featuring Luffy using his Gum-Gum Red Hawk attack while wearing a new pirate outfit.

Next is a red tee with a graphic of the Red Haired Pirates at the back, including Shanks and ten of his companions. The third t-shirt is a navy tee with a graphic of the iconic One Piece scene where Shanks gives Luffy his straw hat for safekeeping. Rounding out the collection is a white graphic tee featuring the Straw Hat Crew along with the film’s title in the background.

Each tee in the UNIQLO One Piece Film: Red collection is priced at PHP 790 and will be available from August 5 at UNIQLO Philippines stores nationwide and on the Uniqlo Online store.

- Advertisement -
Previous articleBeat Refle releases on Steam after Massage Freaks gets cancelled
Next articleEcoFlow’s DELTA Series: A Portable Power Station that Lets You Bring Electricity Wherever You Go