Rick becomes the true God of War with this mod 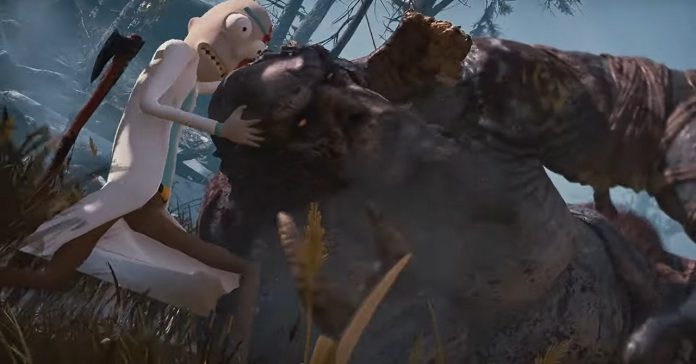 Rick and Morty get transported to the Nine Realms in the God of War Ragnarok crossover ad and it has now been fully realized in the game thanks to the mod by Omega Fantasy.

Omega Fantasy released a one-and-half-minute showcase video on their YouTube channel, sharing many similarities to the original trailer of God of War (2018). Only this time, Rick replaces Kratos complete with a shaved head and red face paint, and he’s also accompanied by Morty as seen from the GOW Ragnarok advertisement.

It appears that the mod is still not fully implemented yet, with the video serving as a teaser. But most likely when the mod is fully finished, it should be available through Omega Fantasy’s Patreon page along with their previous works such as a Sauron and Simpsons GOW mod. The video also states that a full gameplay video will also be uploaded through ToastedShoes YouTube channel who will the game with the GoW Rick and Morty Mod.

The GoW Rick and Morty ad might have been an unexpected crossover, but we should have expected the crazy things that the modding community could do once a game gets a PC release, much like what happened to a certain web head.