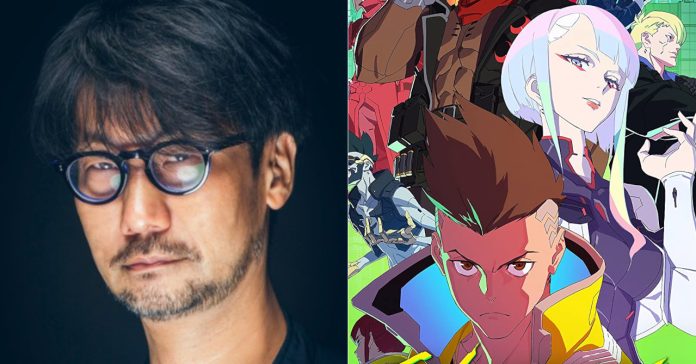 Specifically, Kojima took to Twitter to share his thoughts on the new Cyberpunk anime. There, he mentioned how he though the series was awesome and that he watched it in just one sitting.

Kojima also mentioned how he thought that Japanese animation studios are getting overtaken by overseas studios, but not this show. Plus, he said how this new anime reminded him of the classic anime Cyber City OEDO 808 by Yoshiaki Kawajiri.

1/2
I just watched "Cyberpunk Edgerunners" in one sitting! Awesome! Great! Under the recent domestic anime situation, there was a feeling that famous Japanese studios were consumed by the overseas market, but not this one! This is a miracle of squeezing the trigger to the world! pic.twitter.com/Q2fzRJDAVw

Aside from Kojima, Cyberpunk: Edgerunners has also been praised by critics and fans alike. It is also a a big enough hit that it caused a spike in player count for Cyberpunk 2077.

In case you’re unfamiliar, Cyberpunk: Edgerunners is a 10-episode anime by Studio Trigger and CD Projekt RED, and it is set in the same universe as Cyberpunk 2077. Though it features a standalone story, meaning players don’t need to have played the game to understand its story.

The series tells a standalone, 10-episode story about a street kid trying to survive in Night City — a technology and body modification-obsessed city of the future. Having everything to lose, he stays alive by becoming an edgerunner — a mercenary outlaw also known as a cyberpunk.