In case you missed it, here's a recap of the recent Ubisoft Forward stream! 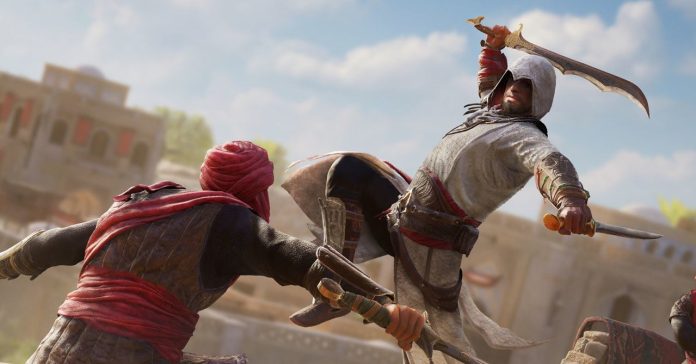 The latest Ubisoft Forward stream happened earlier today on September 11, 2022, and it featured lots of big reveals and announcements, the highlight being the new Assassin’s Creed game, along with the franchise’s roadmap. Though there were also lots of other big game reveals during the show.

From a massive Assassin’s Creed Showcase to a range of other announcements, here are all the big reveals from Ubisoft Forward.

One of the biggest announcements during the stream is Assassin’s Creed Mirage, the next game in the series that promises a return to the series’ roots.

Aside from Mirage, Ubisoft also unveiled the roadmap of Assassin’s Creed, including Codename RED, an upcoming flagship title that’s set in Feudal Japan.

Also featured at Ubisoft Forward is a new trailer for Mario + Rabbids: Sparks of Hope, along with the announcement of Rayman as a as a new playable character.

Just Dance 2023 was announced at the event, and it will come with 40 new songs and gameplay enhancements during its Holiday 2022 launch.

Ubisoft also announced a Brawlhalla and Castlevania crossover which adds Simon Belmont and Alucard into the game on October 19.

The upcoming action adventure game Skull And Bones also got two new trailers which give more details on the story and gameplay.

Following its initial announcement back in April, the Rainbow Six Mobile closed beta was announced at the Ubisoft Forwards 2022 stream. This closed beta will be available beginning September 12 on Android for players in the United States, Canada, Mexico, Brazil, the Philippines, Singapore and India.

Players can register for a chance to participate via Google Play.

The Crew 2 Season 6 Episode 2: Dominion Frozen will add new tracks and other content when it releases on September 14.

Finally, we have Trackmania will release on consoles and on select cloud platforms in early 2023.

Want to watch the whole stream? You can still check it out here: