For the Metal Gear Solid and Junji Ito fans, this Secret Lair drop is for you.

For the Metal Gear Solid and Junji Ito fans, this Secret Lair drop is for you.

During the Weekly MTG stream, Blake Rasmussen revealed all the drops and bundles coming with the October Superdrop. For those who missed it, you can check out the whole episode below:

For those unaware, Secret Lair is Magic: The Gathering’s service for cards that you can order directly from Wizards of the Coast. They are mainly curated cards with a common theme and showcasing alternate art forms of cards throughout Magic’s 30 year history. These cards can also be available at your local game store but they are mainly promoting this product as something you can purchase directly from the publisher. 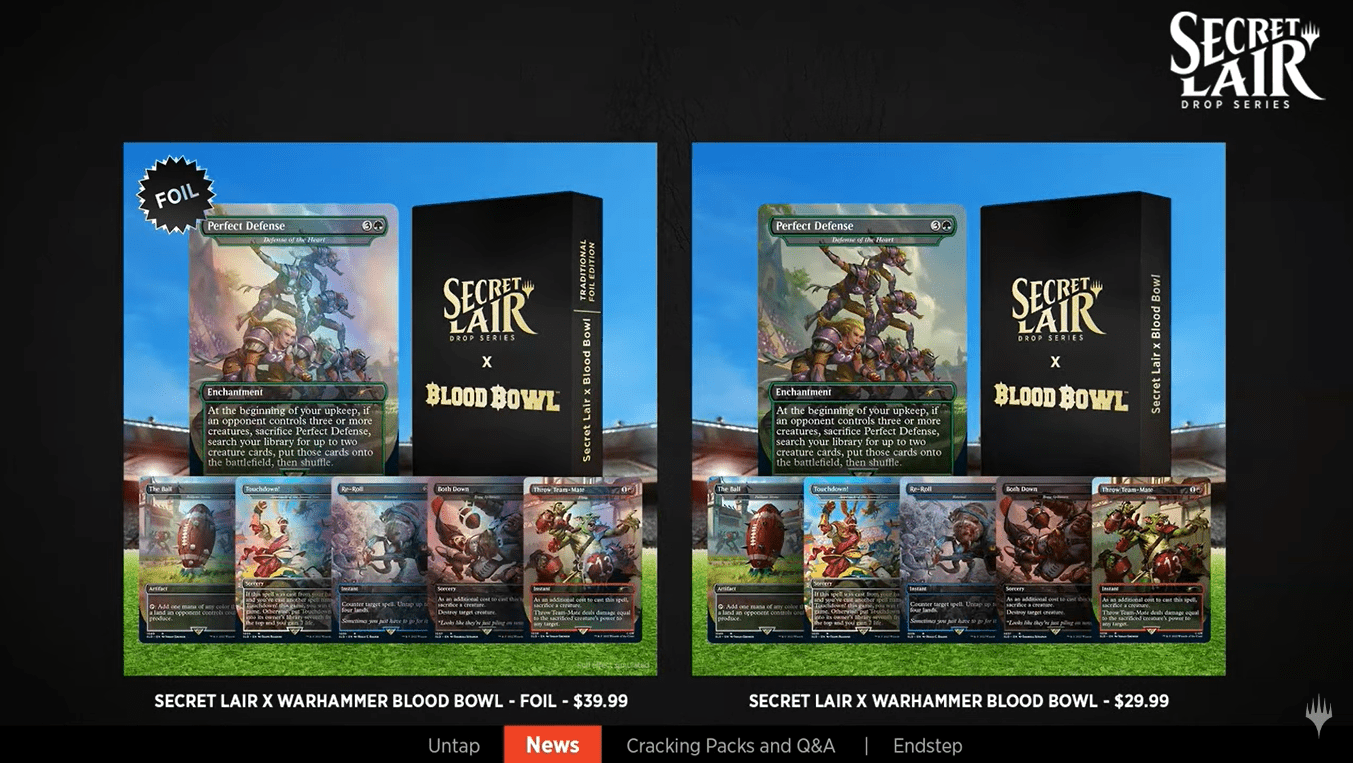 There’s a lot to unpack here for October like the Post Malone Secret Lair and the Warhammer/ Blood Bowl Secret Lair but the bias in me really wants to focus and elaborate on two specific drops this month, namely the bundles they offer that features art coming from Yoji Shinkawa and Junji Ito. 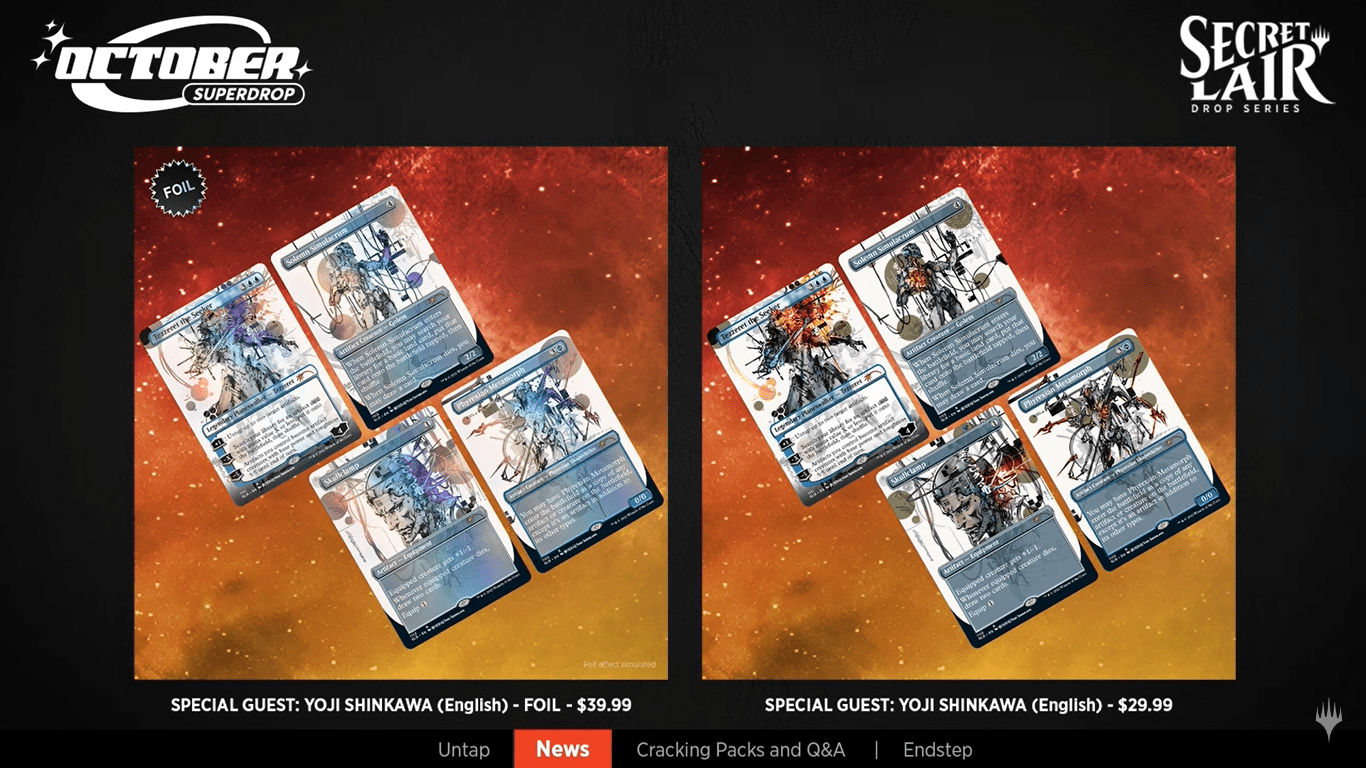 For this Secret Lair though, the game is featuring his artwork on 4 specific cards, which come in both foil and non-foil treatment: 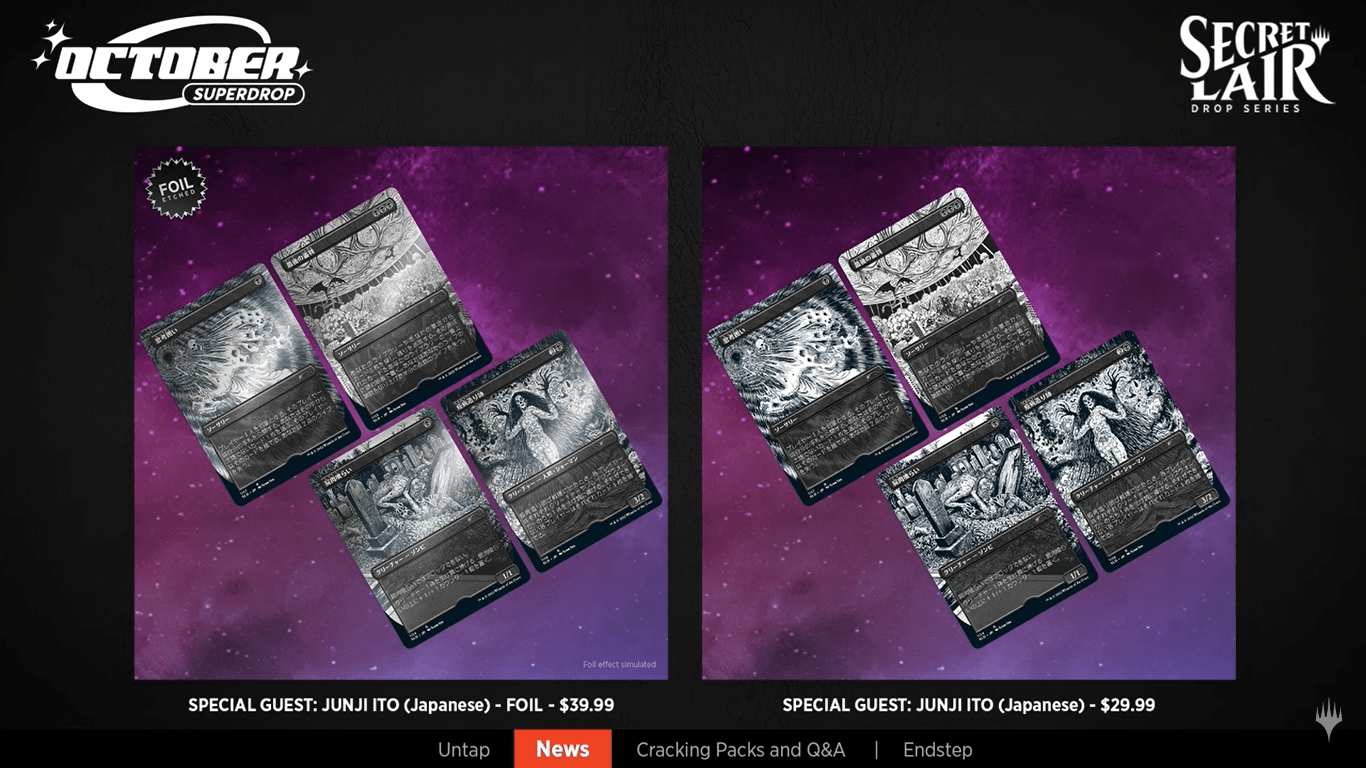 Junji Ito, for me is Japan’s version of H.P. Lovecraft or Stephen King. His manga mainly focuses on unspeakable horror and fear of the unknown. Honestly,  his way of interpreting otherworldly entities and inking them for visual consumption is really second to none.

A few notable mentions of his work include The Hanging Blimp and Slug Girl.

His art is featured (very fittingly) in 4 cards:

Both products can be ordered in either English or Japanese languages. Based on the artist and theme, the latter looks to be more desirable.

The October Superdrop will go on sale on October 17, 2022. You can pre-order directly from the Secret Lair website during that time.