Cheers luv, the calorie is here! 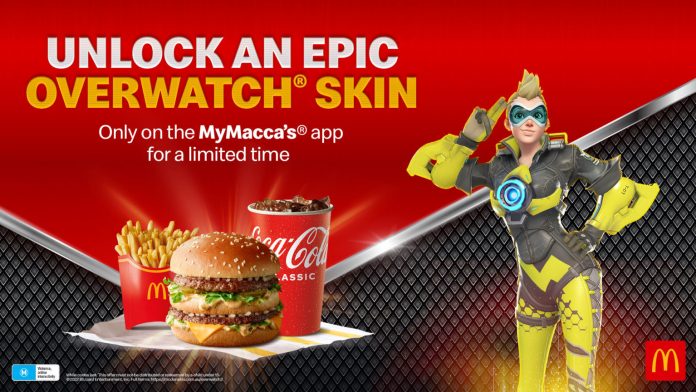 Overwatch 2 is here and despite a rocky launch, it looks like the popular asymmetric first-person shooter is back and gaining momentum in player count as the player count grew to 25 million.

In celebration of Overwatch 2, McDonald’s Australia has collaborated with Blizzard to create three Overwatch-themed meals that you can purchase to get an in-game cosmetic skin for Tracer, which was once available back in 2018.

The promo will run on Oct. 19 to Oct. 31. To claim the epic skin first you have to download the MyMacca’s app. From there you need to order their specific Overwatch-themed sets specifically one of these 3 – a Big Mac Meal, a McChicken Meal, or a 10-Piece Chicken McNuggets Meal.

Again, this collaboration is specifically for citizens residing in Australia. No news yet on whether they will expand this partnership to other countries so for now, to get this skin outside AU, you might need to call in a favor from a friend who lives there.

Overwatch 2 is now available and free to download on the PlayStation 5, Xbox Series X, Nintendo Switch and PC via the Blizzard application.

- Advertisement -
Previous article
Uniqlo and Makoto Shinkai team up for a new graphic tee collection
Next article
#StudyInCanada to expand your world-class tech skills, and learn how to live permanently in Canada