The Nuka-World on Tour update is now available for free for Fallout 76. 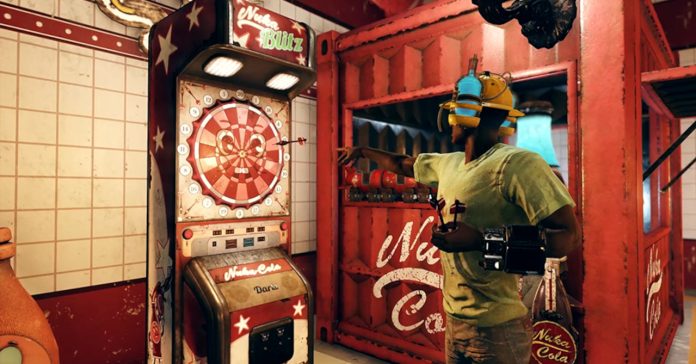 Bethesda has just released the Nuka-World on Tour update for free for Fallout 76 players while Season 11 is also live now.

This new update lets players head to the fairgrounds in the Ash Heap region to find new Public Events, square off against the Ultracite Titan, try games of skill in the Nukacade, and more.

The update’s premise is described as:

Nuka-Cola’s touring extravaganza of refreshment, Nuka-World on Tour, brings all the excitement of our Nuka-World theme park on the road! With the Nuka-World on Tour update, we’ve set up a complete carnival for all to enjoy, complete with carnival games, a trading post, prizes to earn and even three new Public Events!

Meanwhile, the latest season of Fallout 76 is also out now. In this season, players can explore the new game board inspired by the flagship Nuka-Wrold park and earn Atoms, C.A.M.P items, clothing, cosmetics and more just by playing. On top of this, active Fallout 1st members can also unlock exclusive rewards – including S.C.O.R.E. boosts that last for the duration of the entire Season.

For more info on Fallout 76 Nuka-World on Tour, visit the official website.

Fallout 76 is out now on PC, Xbox One, Xbox Series X|S, Xbox Game Pass, and PlayStation 4.