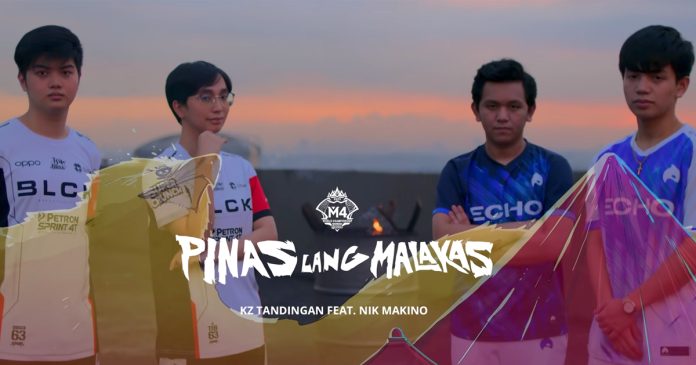 While we were already expecting some participation with the two main teams that will be part of the tournament, we were happily surprised with Smart Omega’s Joshua “Ch4knu” Mangilog being part of the video as well. You can see him happily spreading his arms at the 0:38 second mark.

Pinas Lang Malakas is the battle cry and campaign created for the Philippines MLBB M4 Championship. According to Tonyo Silva, MOONTON Games Senior Marketing Manager for Esports, the Philippines is arguably the strongest nation with the highest chances of winning this international tournament, based on past performance. The past two title holders were from the Philippines (BREN Esports for M2 and Blacklist International for M3).