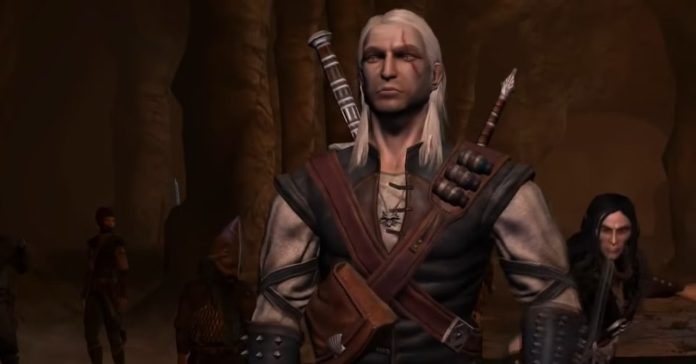 After its announcement back in October, it was revealed that the upcoming Witcher 1 remake will be an open world game.

Specifically, the game being open world like The Witcher 3 was announced during CD Projekt RED’s third quarter financials report (via IGN). There, it was mentioned that the upcoming remake will be a “story-driven, single player open world RPG.”

Aside from this new info though, there wasn’t much else revealed about the remake. This isn’t too surprising given how early it still is into the game’s development.

We're thrilled to reveal that, together with @Fools_Theory, we're working on remaking The Witcher using Unreal Engine 5 (codename: Canis Majoris)!

We want to do this right, so please be patient — it's gonna be a while until we can share more details.
⚔️ https://t.co/6VCAokPgXs pic.twitter.com/ERFOXQrUEP

In case you missed it, the upcoming Witcher 1 remake was initially revealed as a project known under the codenamed Canis Majoris. This project was first mentioned in CD Projekt RED’s strategy report in early October.

Soon, it was revealed that the project is a remake of the first Witcher game. It was also confirmed then that the remake will be made using Unreal Engine 5, with development being handled alongside Fools Theory.

While the first Witcher game was the one that started it all for CD Projekt RED’s now iconic series, it’s fair to say that it has aged both gameplay and graphics-wise. Given this, the remake is definitely great news for fans of the series who got hooked after playing The Witcher 3.

Though given how early in the development phase it still is, we likely won’t see the remake anytime soon.