Black Panther: Wakanda Forever is coming to Disney+ this February

Great news for those who want to watch (or rewatch) Wakanda Forever! 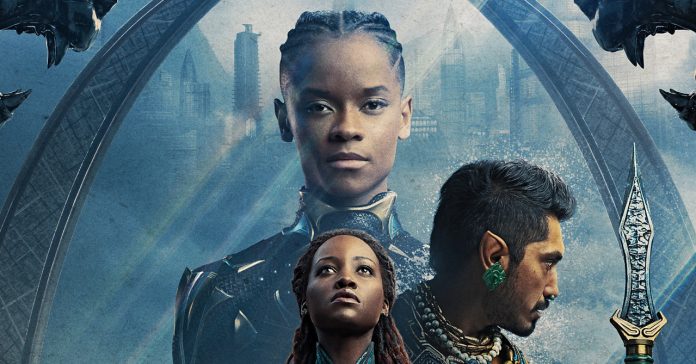 Specifically, the second Black Panther movie is heading to Disney’s streaming service on February 1, 2023. And yes, the film will also be released on Disney+ in the Philippines, giving Pinoy Marvel fans a chance to watch it in case they missed its cinema run (or if they just want to see it again).

To go along with the announcement, Disney+ released a new TV spot for the film, which you can watch here:

Wakanda Forever is the second Black Panther movie, and it deals with the citizens of Wakanda who must fight to protect their nation from external forces after the death fo King T’Challa.

Marvel describes the film’s premise as:

In Marvel Studios’ “Black Panther: Wakanda Forever,” Queen Ramonda (Angela Bassett), Shuri (Letitia Wright), M’Baku (Winston Duke), Okoye (Danai Gurira) and the Dora Milaje (including Florence Kasumba) fight to protect their nation from intervening world powers in the wake of King T’Challa’s death. As the Wakandans strive to embrace their next chapter, the heroes must band together with the help of War Dog Nakia (Lupita Nyong’o) and Everett Ross (Martin Freeman) and forge a new path for the kingdom of Wakanda.

Catch Black Panther: Wakanda Forever on streaming exclusively on Disney+ on February 1. For more info on the service, visit the Disney+ website. If you haven’t subscribed yet, here’s how:

- Advertisement -
Previous article
Japan has some questionable octopus earplugs in gacha machines
Next article
Ant-Man and The Wasp: Quantumania tickets are now on sale in the Philippines