The Blue Bomber is back! Ungeek Unboxes the Mega Man Legacy Collection for the 3DS 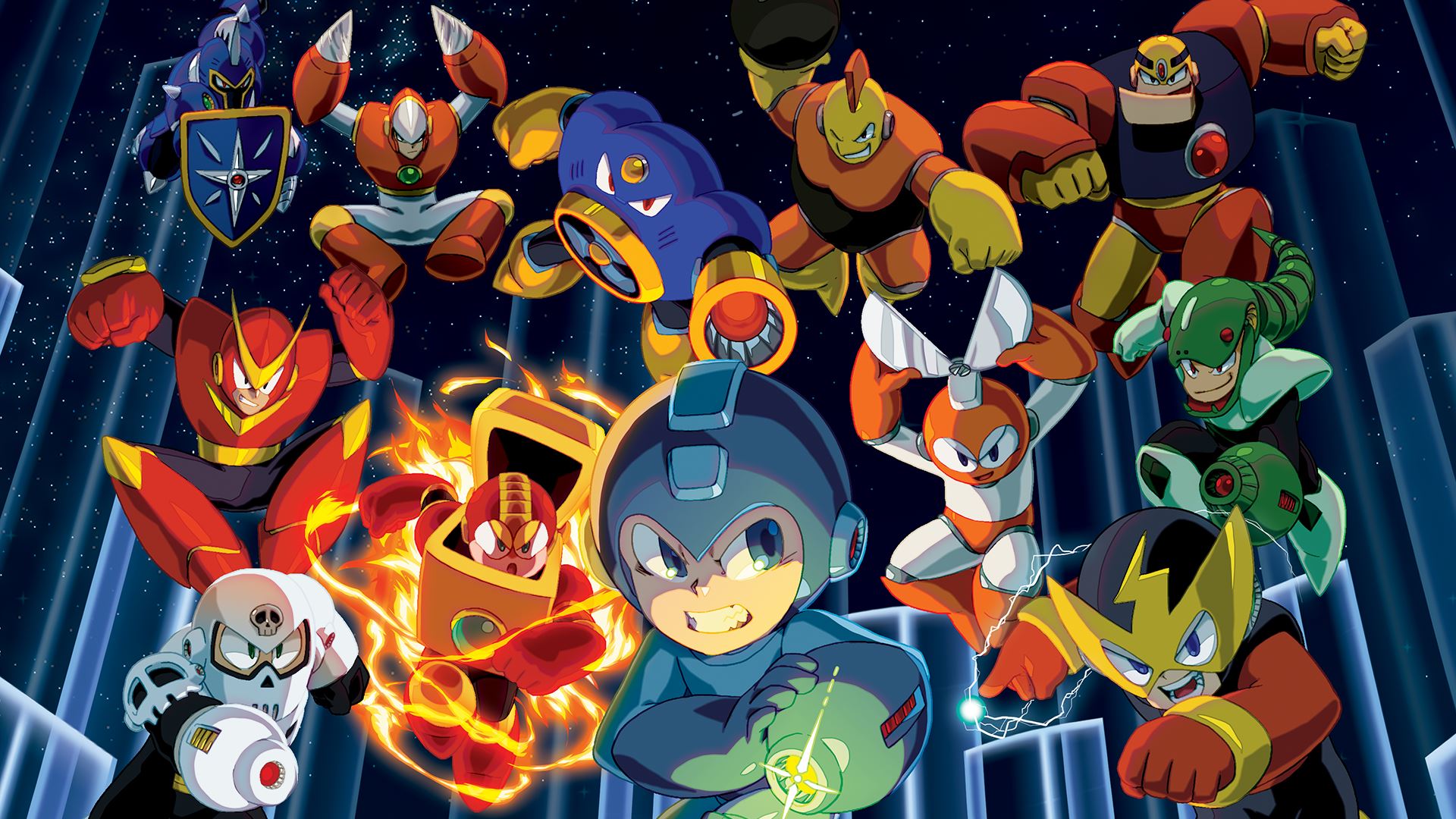 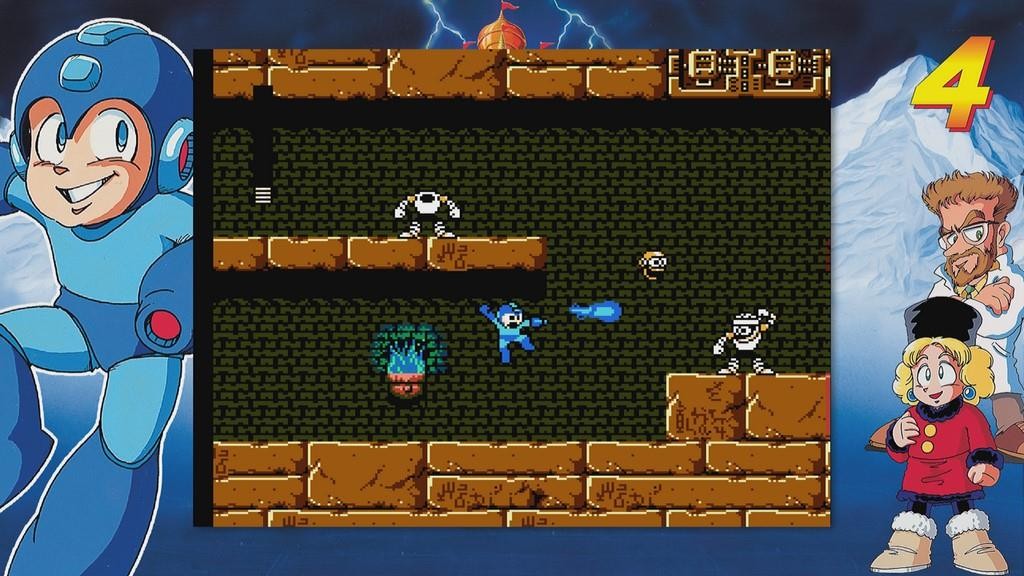 I have always been a fan of the Mega Man games. I remember going to my friend’s house, taking turns in the controller, trying to beat Rock Man 3 (Mega Man’s Japanese name). As an 8-year old, at that time, I had a very early grasp of the term they now call today as “Nintendo Hard“, which can be said for most of the 8-bit era games. They were ridiculously difficult, as if the game developers are digitally trying to say “screw you you’ll never finish this!” to your face. 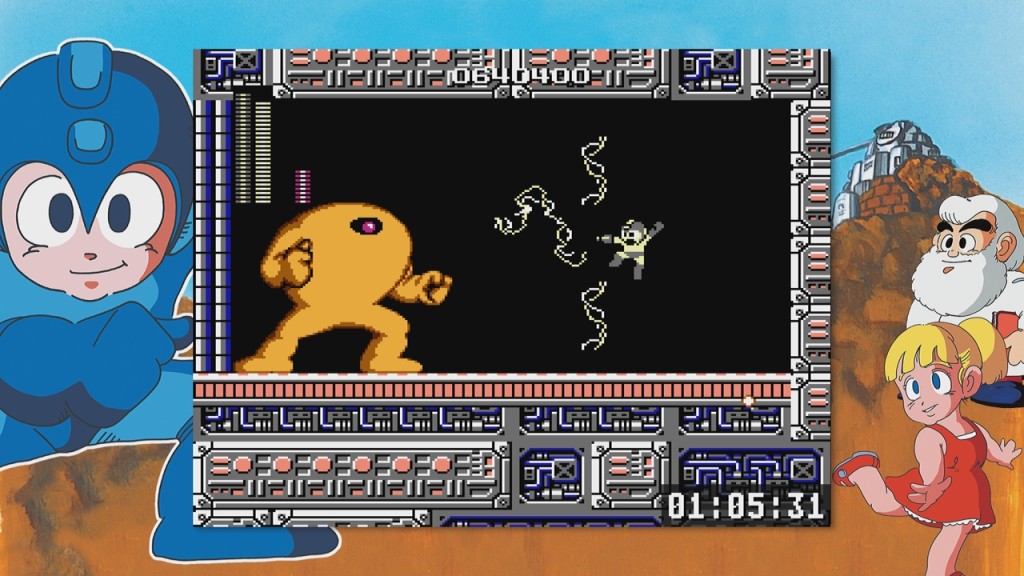 But despite all of this, the players kept coming… And trying… And, eventually, defeating the game! It’s like a life lesson in where you get beat down, stand back up, and pick up the pace once again. I’m not sure about you but, at that time for me, finishing a 2D side-scrolling action game felt better than unlocking an achievement or gaining a trophy. 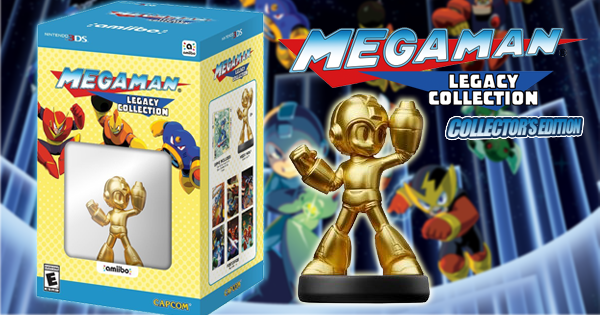 Where am I getting at? Well, now you can experience that same Nintendo Hard feeling right in your handheld! Celebrating 30 years of the Blue Bomber’s success, CAPCOM has just released their Mega Man Legacy Collection for the Nintendo 3DS! To give you an idea on what to expect for this game or for those on the fence in getting this masterpiece, UnGeek recently got its hands on the Collector’s Edition! So without further ado, in the legendary voice of Mario… Here we go! 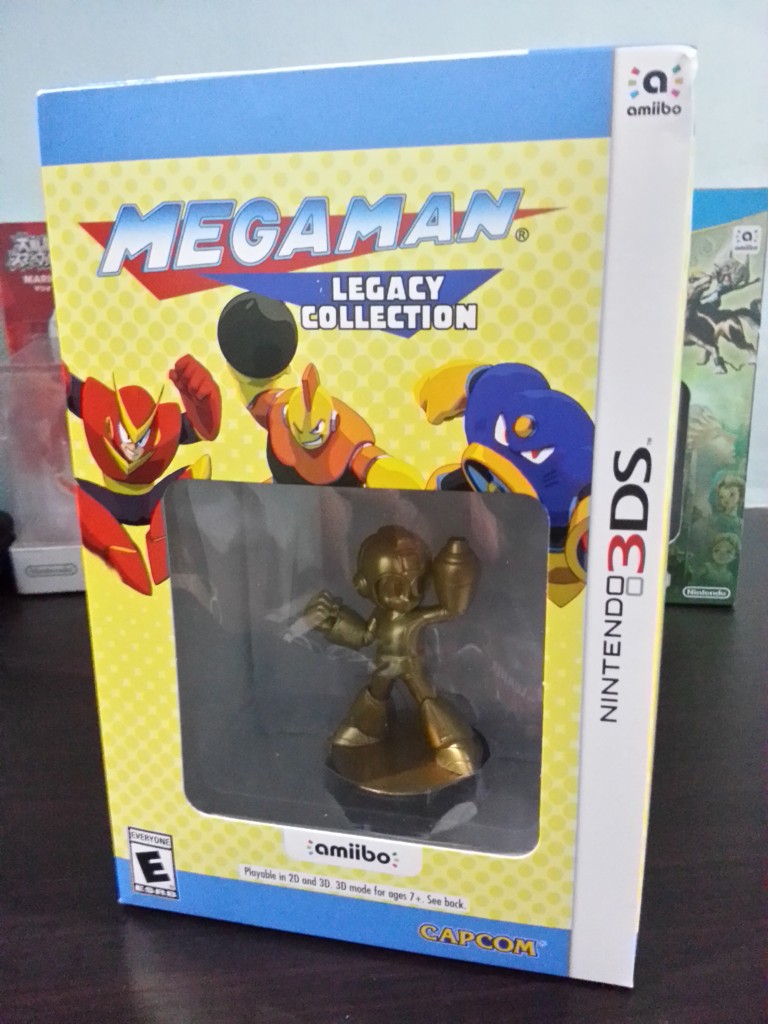 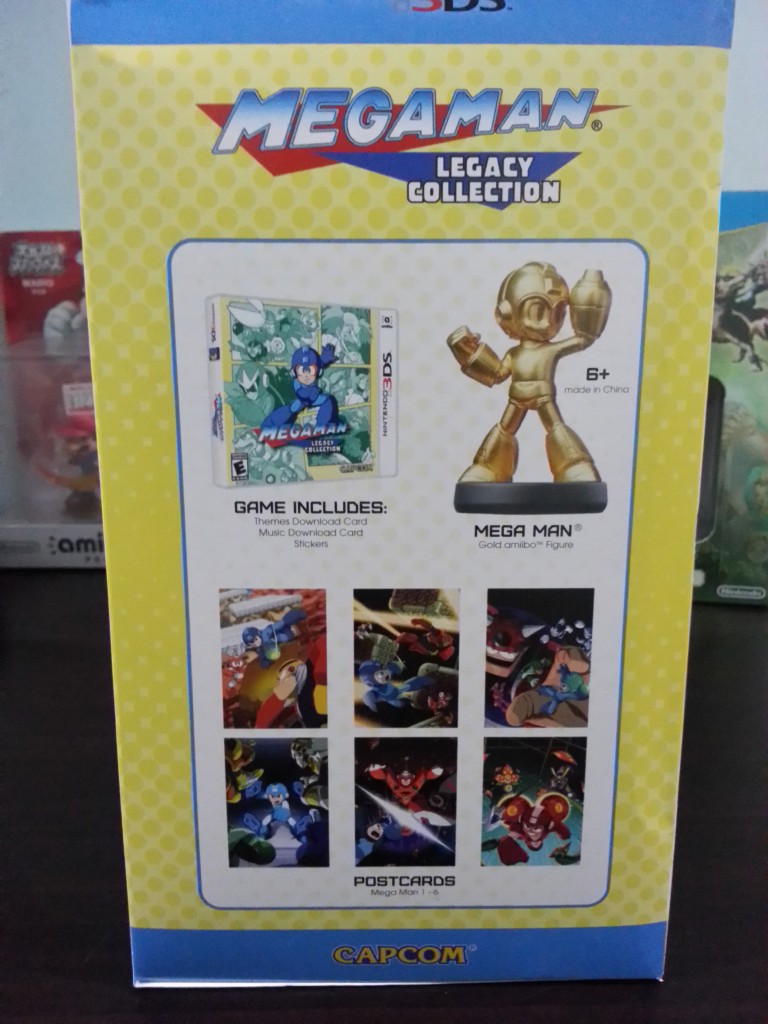 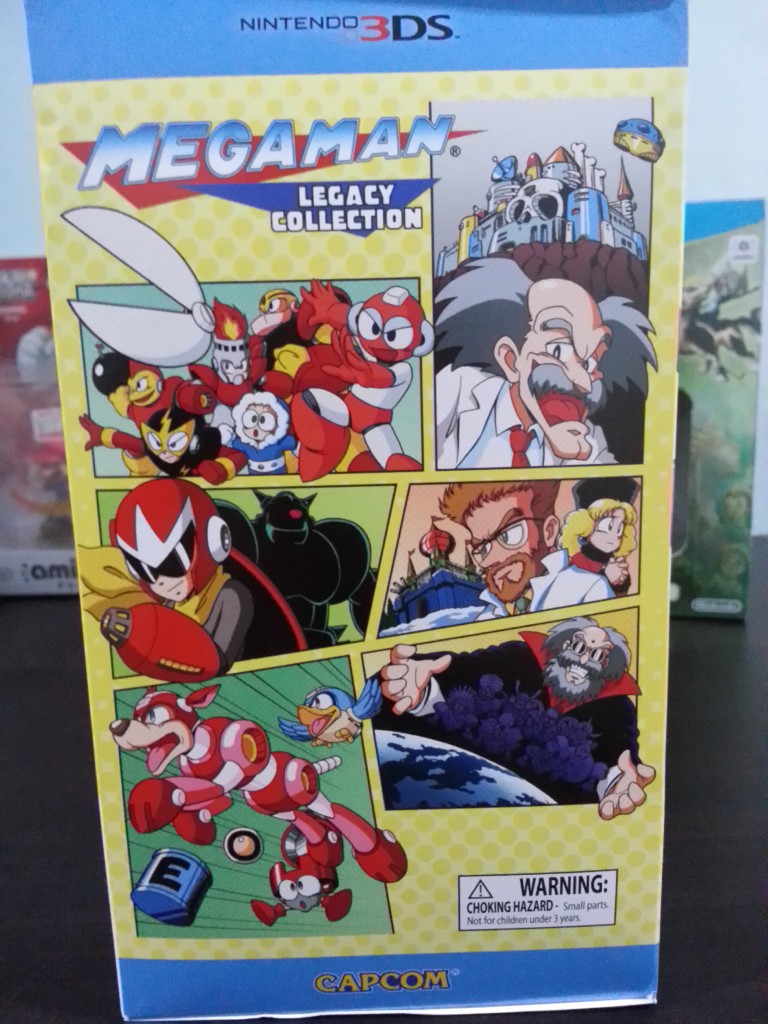 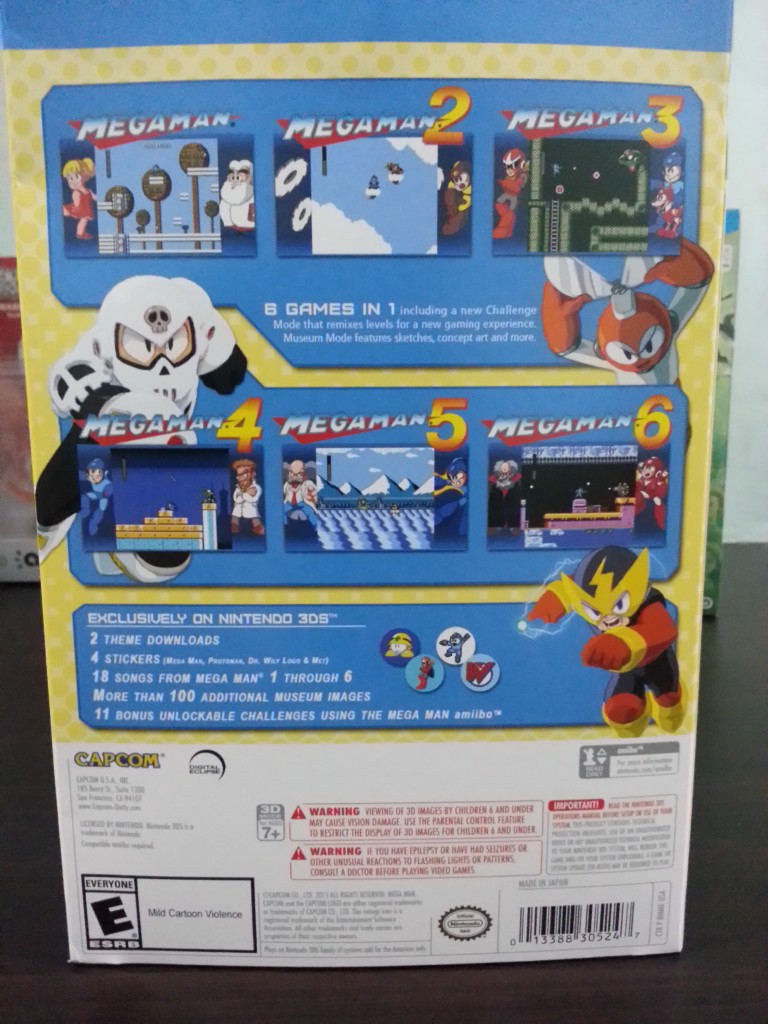 The box features great art related to all 6 of the games. At the sides and the back, it shows the contents on what to expect inside the box. The Gold Megaman amiibo is displayed prominently in the window at the front. 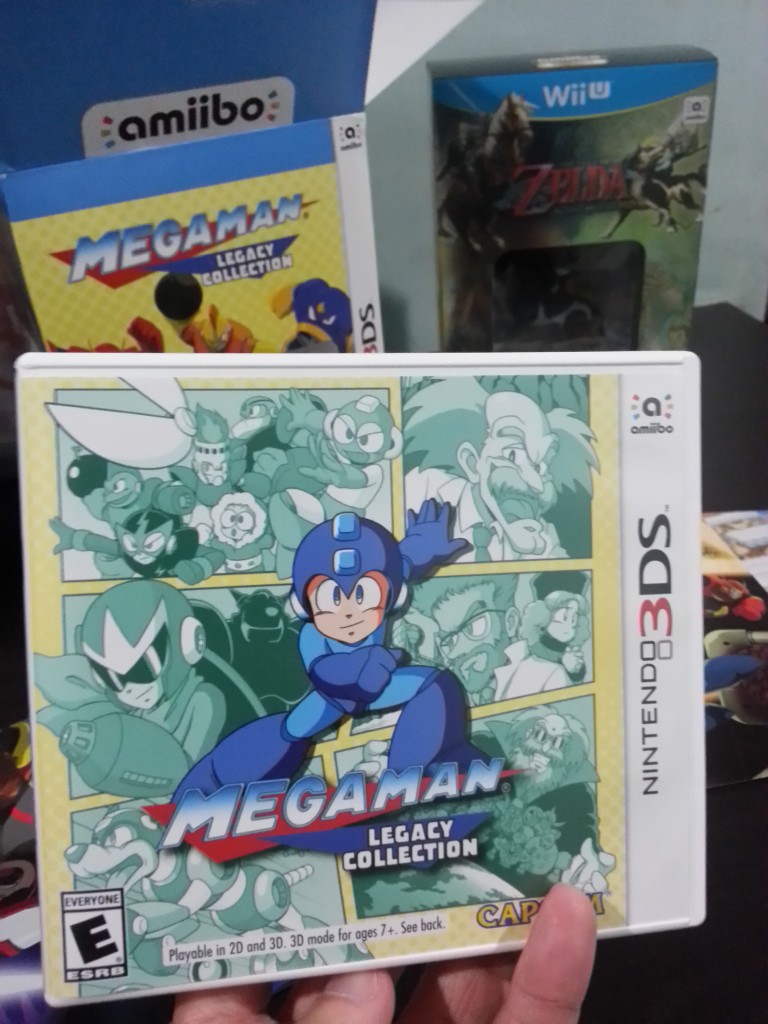 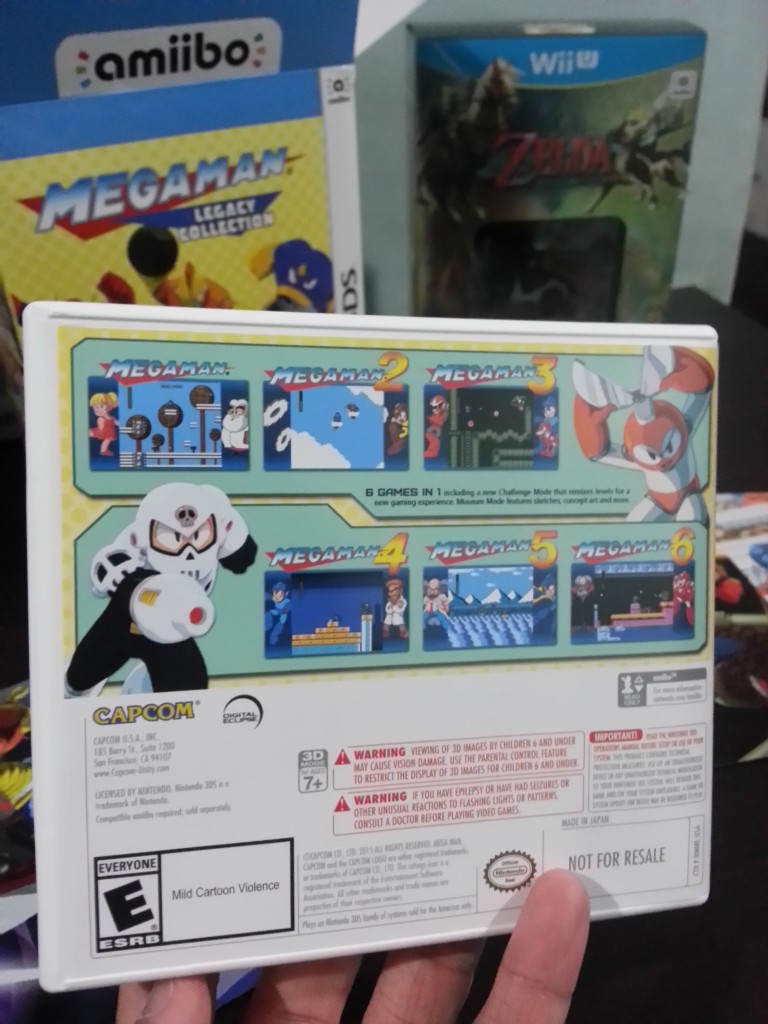 The game cartridge included is the same you will get like in the standard edition. All 6 Mega Man games from the 8-bit era are included here, to pixel perfection by Digital Eclipse. There is no revamping, redesigning or re-imagining in this one. This is the game we all remember from the NES/Famicom days! From the great level designs to the controls and even the slow-downs when too much is going on in the screen… Everything is here and everything is in your face HARD! (In a good way).

For the game vets who would like to up their game, the challenge modes are excellent! They send players through remixes of certain stages and provide timed challenges. The results are posted online onto leaderboards and it’s a great way to revisit previous stages and mixing it all up from all the 6 games. 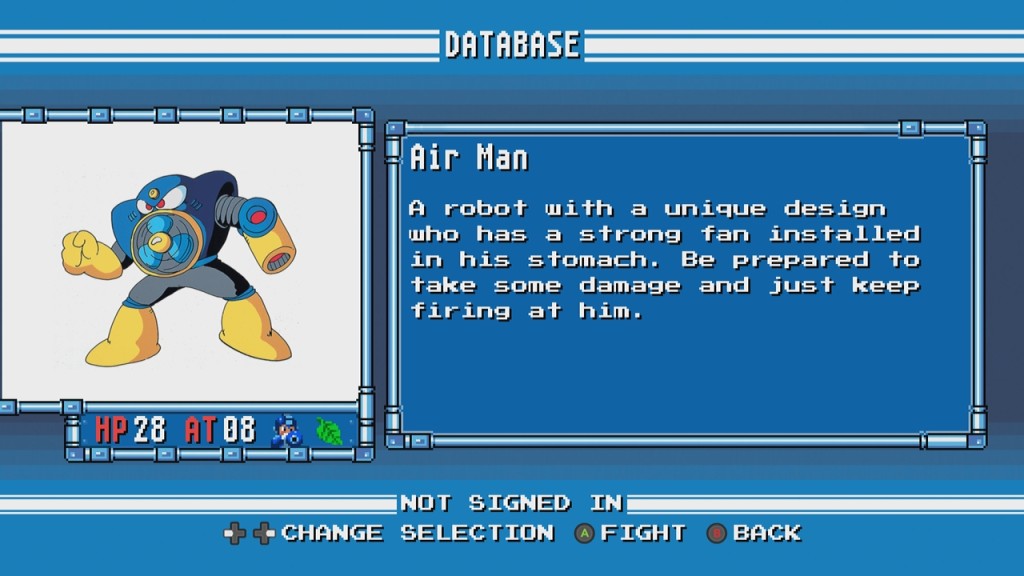 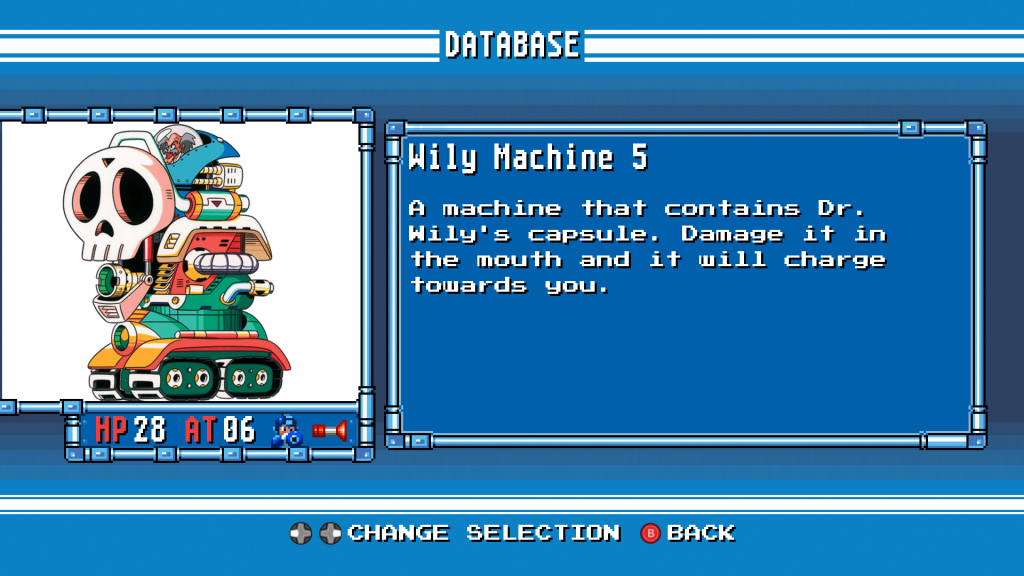 For fans of the fluff, the game boasts an impressive encyclopedia complete with impressive concept art, character descriptions, and even comprehensive bestiary of all the enemies in the game. The scope of this feature really blew my cannon arm and reminded me of the Megaman 25th Anniversary book translated by Udon Entertainment. 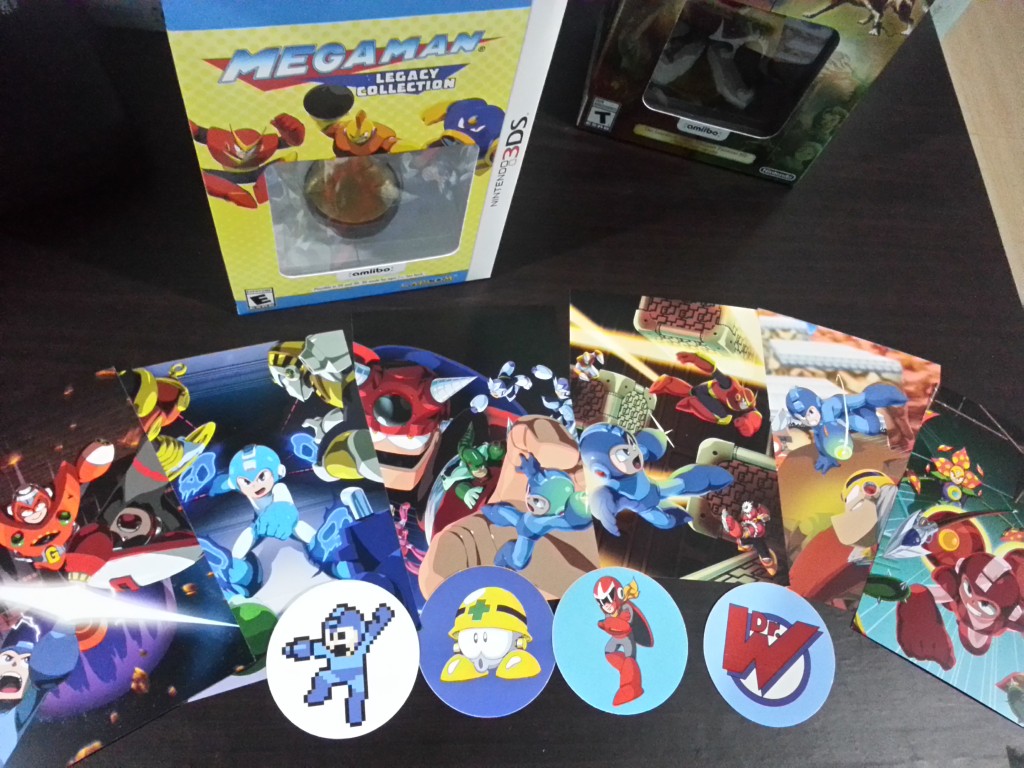 The game also includes 6 postcards (that for some reason I don’t want to send to someone EVER.) with exclusive art from all the 6 games, as well as 4 circular stickers. Also, inside the cartridge box includes DLC for the soundtrack of the game and downloadable themes for your handheld. Sweet. 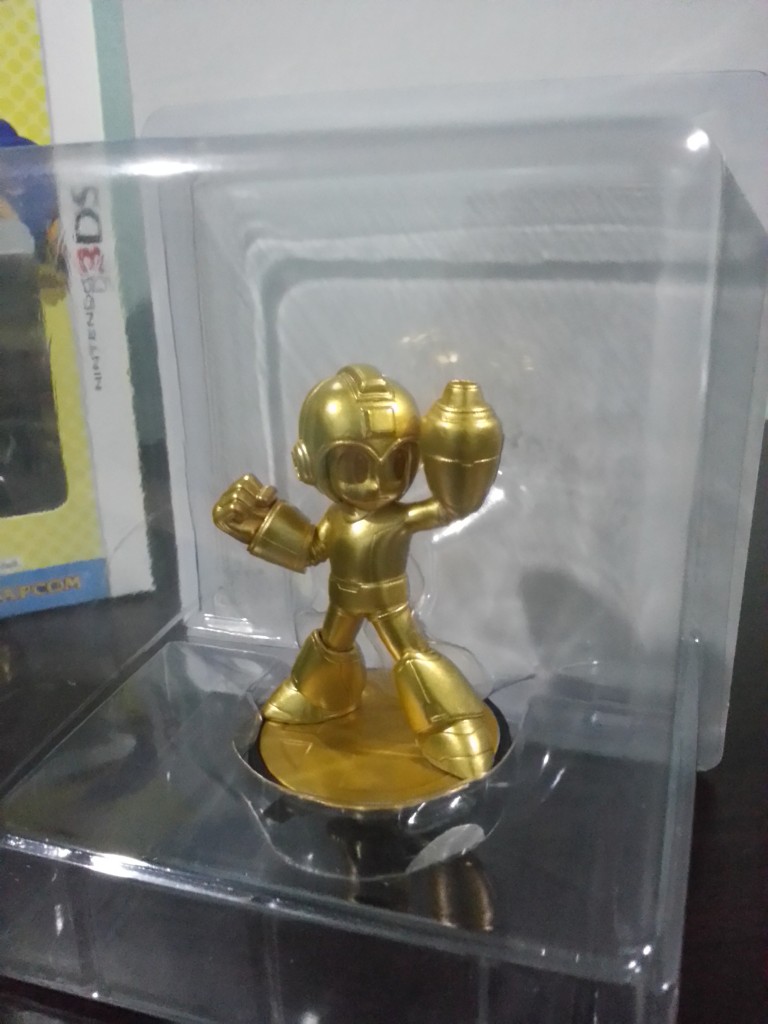 Perhaps the most cherished part of the collection is probably the Gold Mega Man amiibo figure. It is used to unlock 11 exclusive challenge mode trials made by fans as well as using it in Smash Bros to grant the user new moves and items. To those who are getting the standard edition, it is good to know that you can use your regular Mega Man amiibo to get the extra bonuses in the game.

The Collector’s Edition, as of posting today is still readily available and on-stock in most friendly local video game stores for P2500. I saw 3 copies at Datablitz Robinsons Magnolia and in Greenhills Virra Mall and for sure there are copies in other stores as well. So get it while it’s still out there. 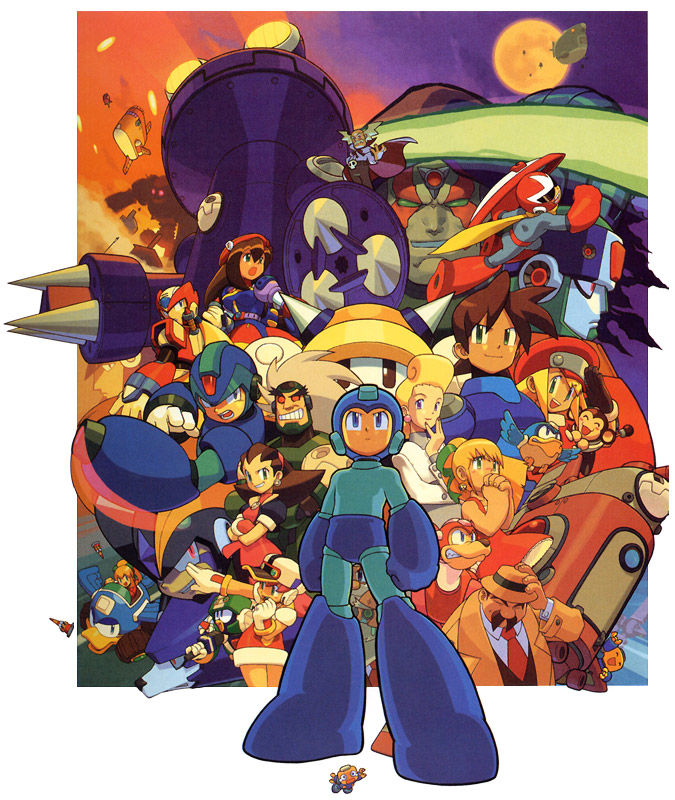 Whether you are an old-school fan of a newcomer into the franchise, as a gamer you owe it to yourself to experience this one-of-a-kind gem. For more on video games and other gaming-related stuff, keep it here in UnGeek and till next time! Thanks for reading!

By the way, if you are reading this CAPCOM, I’m still waiting for Mega Man Legends 3!