Music, as they say, is the language of the soul. It can pierce through emotions and weave its own narrative regardless of language barriers. In the context of Final Fantasy, music becomes another character in this rich and vast franchise. Iconic themes resonate throughout franchises – like the Victory theme that has been played on almost every Final Fantasy Game, or the Crystal theme—but there are franchise-specific music that helped define a Final Fantasy game as well.

During a short vacation in Singapore, we chanced upon the Distant Worlds Concert – a concert celebrating great pieces from the Final Fantasy franchise. Originally started in 2007, Distant Worlds is a live recording of an orchestral concert performed by the Royal Stockholm Philharmonic and conducted by Arnie Roth. We tried our luck if we can get tickets and….

Obviously, we couldn’t take any recordings inside…

But that doesn’t mean we couldn’t take photos (well during intermission hehe).

The concert was held at the Star Performing Arts Center Theater

Already, the people at the venue are starting to pile up.

Luckily, there are a few activities just outside the concert hall where people can get more hyped on everything and anything Final Fantasy!

As a huge Final Fantasy fan, Distant Worlds is super worth it! CD’s and MP3s pale in comparison to when a full orchestra storms you with audio ecstasy! I cried a few dozen times during the concert and I’m pretty sure I wasn’t alone. I mean, seriously, Suteki Da Ne was sang live, in full orchestration with clips from the Final Fantasy X series showing on screen!! How can you not be emotional!? Or get a surprise encore of One-Winged Angel complete with audience participation! ZOMG!

There have been 4 iterations of Distance Worlds since its inception in 2007, with the repertoire adding and/or replacing a few songs with more contemporary (read: highlighted franchise for the season) and this is no exception.

With the recent release of Final Fantasy XV, Distant Worlds SG unveiled the world premiere live performance of Apocalypsis Noctis, the music that played during the epic Titan Battle in the E3 Demo:

This is where those FFXV masks came into play.

This, of course, just made us long to continue our adventures with Noctis and his super best friends!

To complete (and complement) our experience, we headed out to the merch table to see what we can take home.

While we did get ourselves some things to bring home, what we really hoped for (well, more like wishful thinking) was for Square to bring in the super deluxe Limited Edition Blu-Ray Soundtrack of Final Fantasy XV. (Sadly, they didn’t…boo!) 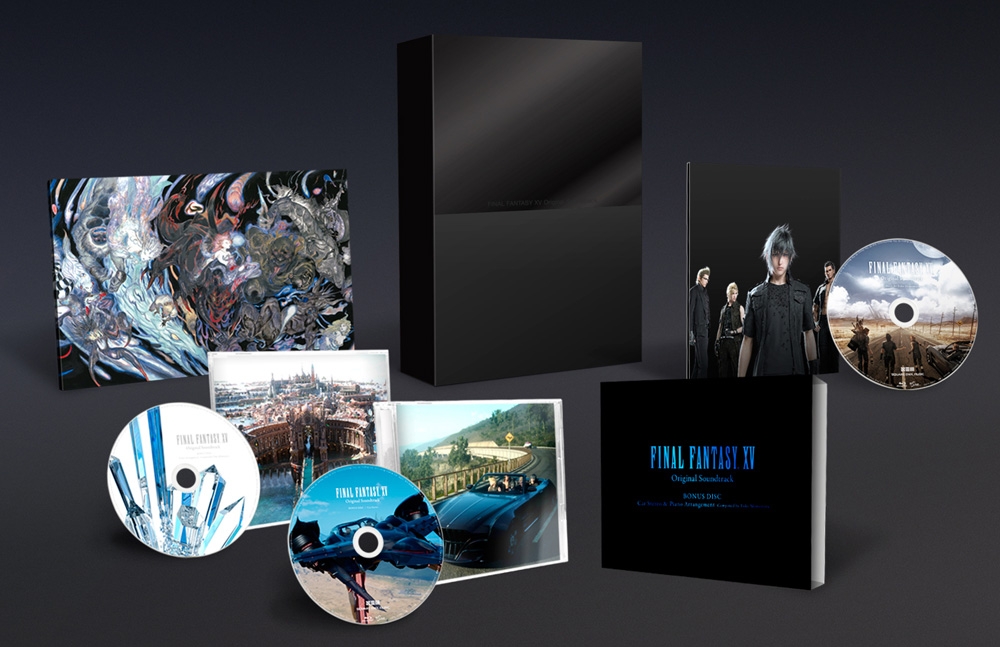 With a pre-order retail price of US$109, this hi-definition soundtrack presents the tracks from Final Fantasy XV in a superb audio-visual presentation of sorts – in a way, slightly similar to Distant Worlds where they show clips from the Final Fantasy franchise.

The Limited Edition Blu-ray Soundtrack also has the following Bonuses:

◆ Bonus 1: Bonus tracks only available in the limited edition!

Theme song “Stand by Me” (Florence + the Machine) / Behind-the-scenes of the Boston recording session, among others.

Several tracks from the game have been selected to be included as piano arrangements in this special CD.

Contains a booklet worth the read that includes liner notes and a round table discussion with the main composer, Yoko Shimomura and members of the music production team! Yoshitaka Amano’s “BIG BANG” artwork is planned to be used for the cover illustration!

Just wanted to remind you guys that the Blu-ray Soundtrack is literally a Blu-ray disc and not a CD. You can, of course, listen to the FFXV tracks via mp3 – which the package will provide so you can listen to the tracks on the go. 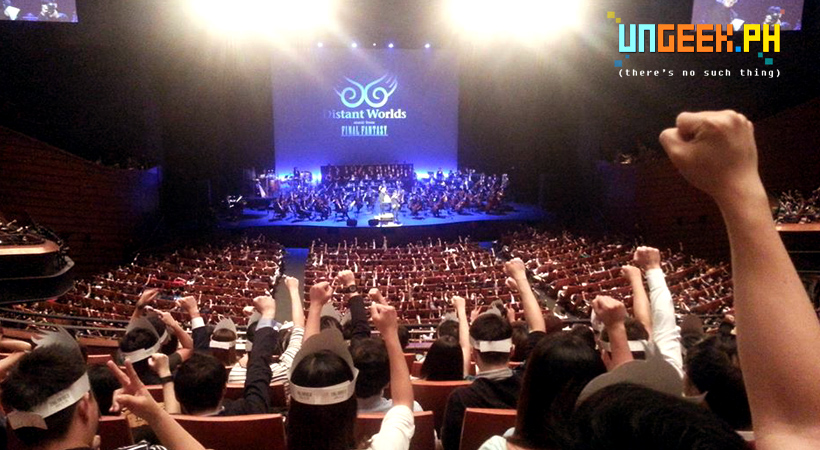 If you’re a huge Final Fantasy geek (and an audiophile as well), we urge you to try and catch a Distant World concert in the future. And if you can get your hands on the Limited Edition Blu-ray soundtrack of Final Fantasy XV, then we just have one question for you. How much gil do we need to grind to be able to buy it off you? 🙁