New Year, New Mix! Enjoy the Refreshed Sounds of an All-New PPAP as PIKO-TARO performs with an Orchestra and to the tune of “Ode to Joy”! 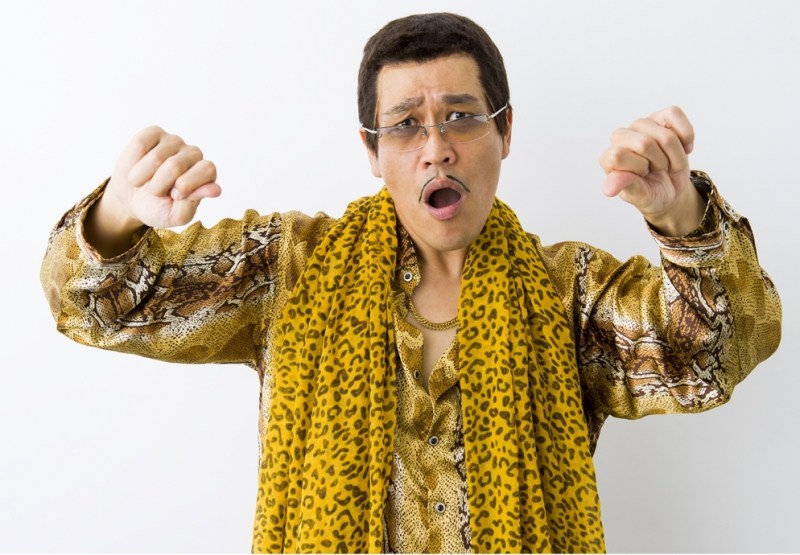 Performing at the 58th Japan Record Awards is PikoTaro (ピコ太郎 ) with his hit song PPAP (Pen Pineapple Apple Pen |ペンパイナッポーアッポーペン ). Watch this refreshing new version of PPAP with an orchestra!

PIKO-TARO won given the “Special Topic Award” for the song PPAP. The 58th Japan Record Awards was broadcasted via TBS last December 30, 2016.

In the same event, Japanese rock band RADWIMPS was given the “Special Award” for the ‘Kimi no Na wa’ (Your Name) soundtrack. Read more about here.

On the next day, December 31,  PikoTaro welcomed the New Year with a choir singing “Ode to Joy” with a twist of PPAP at the 67th NHK Kohaku Uta Gassen in Japan.

Last October, the song Pen Pineapple Apple Pen was recognized by Guinness World Record for the  ‘Shortest song to enter the Billboard Hot 100’, with 45-second long the video got 70+ million views.

- Advertisement -
Previous article
Be Sure to ‘Catch the Moment’ in Sword Art Online Movie’s Latest Trailer!
Next article
Ariana Grande To Make a Guest Apperance in a Final Fantasy Game