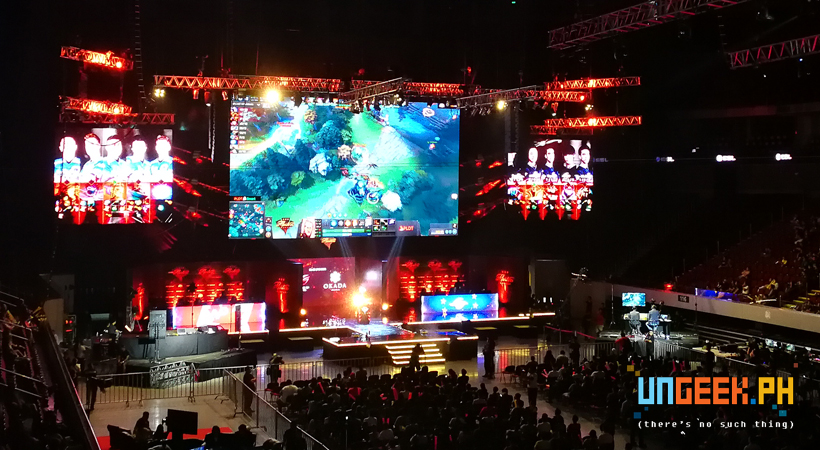 Pretty much what Day 1 of the biggest e-Sports event this 2017 feels like! The Manila Masters went live and it did not disappoint! From start to finish, fans were treated to a day of hype, fun activities, and most of all, intense Dota 2 matches! The first game was particularly interesting with Secret facing off with NP. I mean, Puppey versus ex- Secret teammates Eternal Envy and Pieliedie as the first match of the game is a great way to start the first Masters. This first one was definitely the best series of the day as not only did the series see one of the most insane comebacks in Dota 2 history, but Eternal Envy finally gains redemption as NP shocks the world when they took down Secret 2 games to 1 in a hard fought and arguably dominating performance by the “Cloud 9” team sans Bone7. 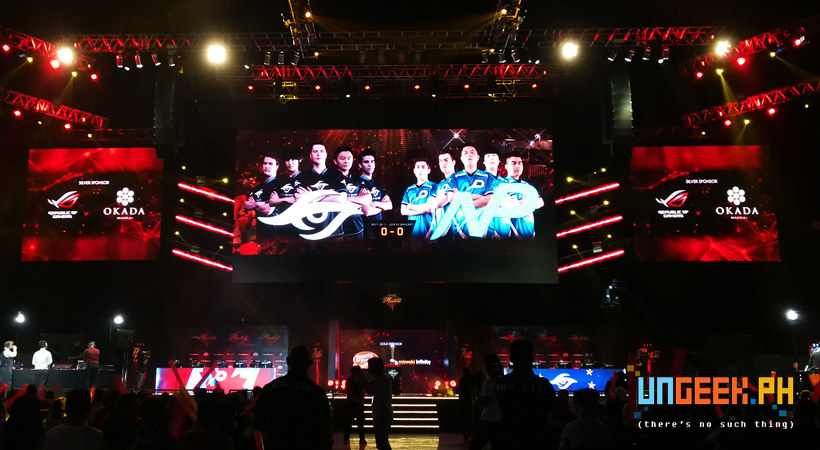 The next series sees our very own Clutch Gamers take on the bane of PH Dota, Team Faceless and boy did Faceless live up to it’s name as they utterly dominated Clutch Gamers in both games, proving once again that they are the undisputed kings of the SEA region. The match also saw Pinoy shout casting at its finest as veteran Pinoy casters Marlon ‘Lon’ Marcelo and Aldrin ‘Dunoo’ Pangan took the mic on the main stage and hyped the game even further.

Pinoy casting on the main stage here at #ManilaMasters between Clutch Gamer and Faceless. Intense! #Dota2

The last series of the day was a highly anticipated one, with the winner punching a direct ticket to the grand finals! Newbee and their newfound dominance take the fight to the ever consistent EG and boy was EG caught unaware by the Newbee juggernaut as what was supposed to be the best matches of the day ended in a very anti-climactic fashion as Newbee simply stamp their dominance over EG, winning 2 games to 0 and taking a rest until a worthy challenger faces them on Sunday in the grand finals. 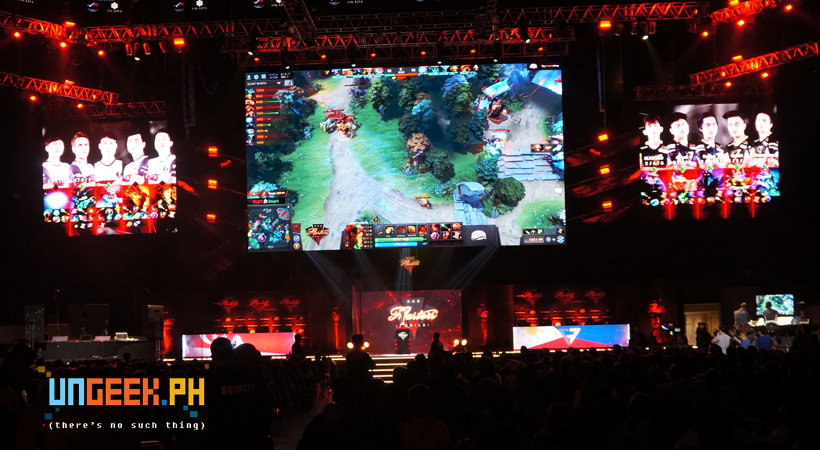 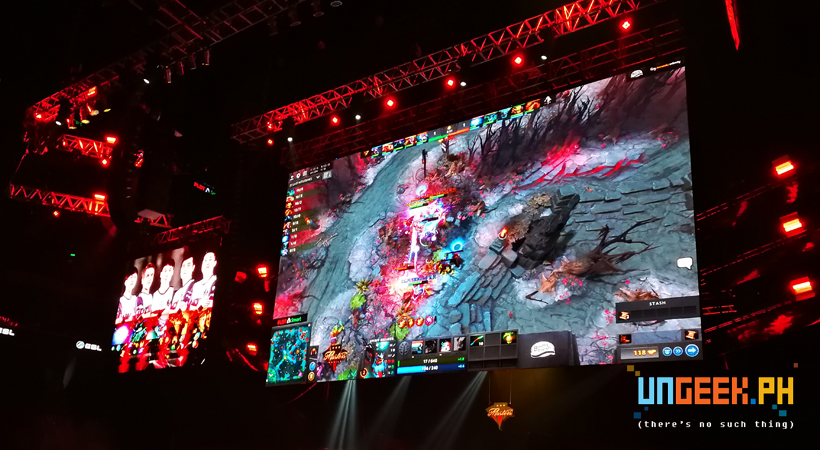 In between matches, some of the teams took the time to share their thoughts as iG and S4 of OG graced the media panel. A couple of particularly interesting questions were “Does boboka know what his name means in Filipino” and “If given a chance, who among his former teammates would S4 want to play with again?”. Both answers were awesome! As you would expect iG simply burst out in laughter after hearing the answer and S4 relayed that Bulldog / Akke / Arteezy / Zai / Puppey would be interesting picks for him. 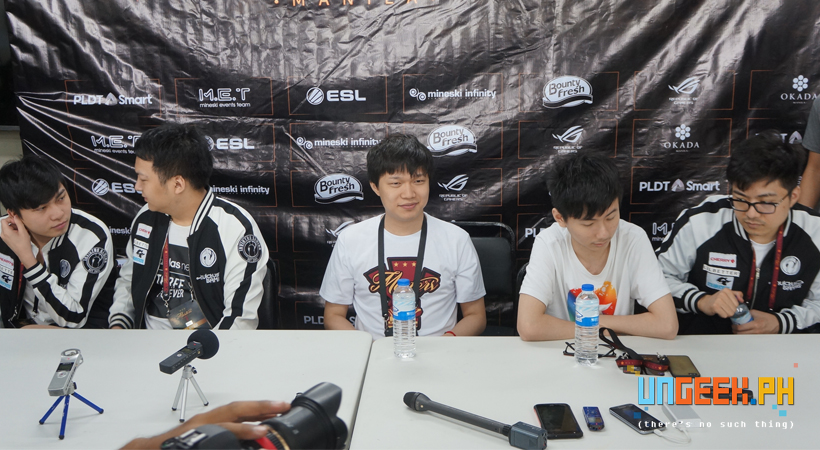 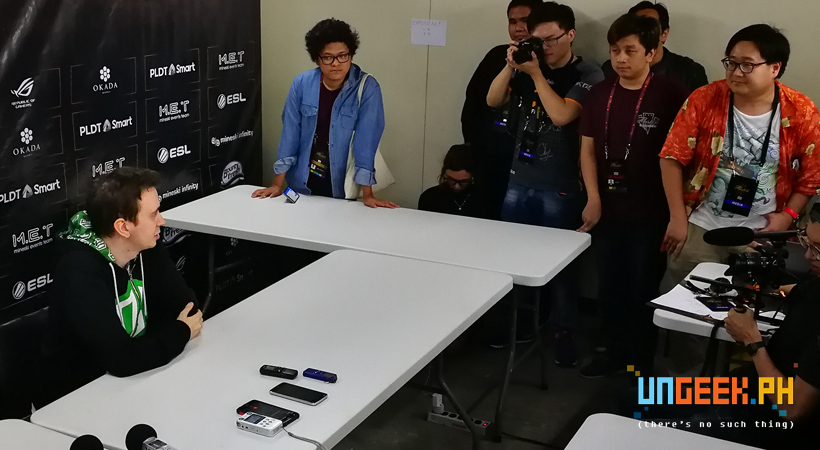 The fans would be treated to an appearance as well by the favorites of the tournament OG! Not only did the adoring public get to have an autograph session with the team, they also got to take pictures and selfies with their idols as well! N0tail, in particular, was very approachable and gave in to every fan request! 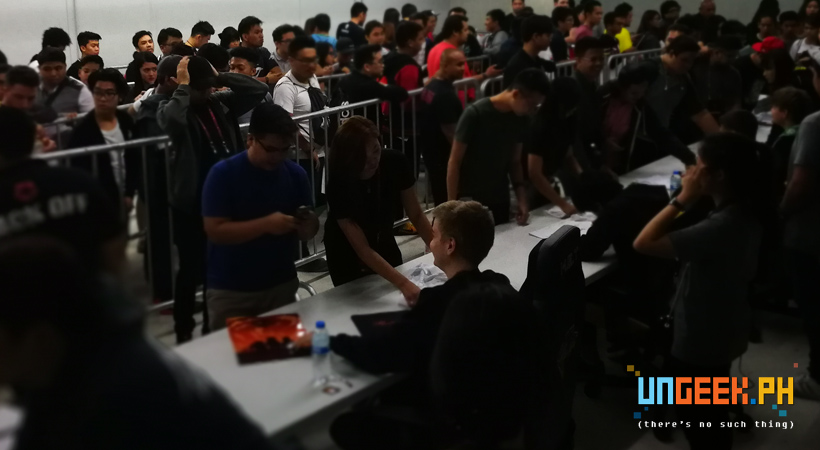 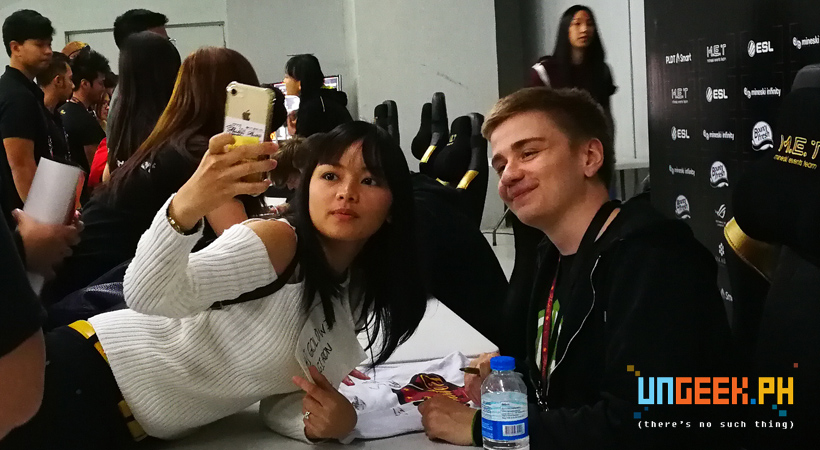 Before the day ended, host Eri Neeman and the rest of the Manila Masters team couldn’t let the day end without making memorable memes for community. Hence, a Battle of the Rages ensued. What is it? Well, let’s have this small clip speak for itself.

YES, FOLKS, THAT HAPPENED. And Puppey was a judge. For more (emotionally fun) context, here’s a clip of Puppey raging on a monitor as well.

When the crowd wasn’t watching any of the matches (or raging on some poor defenseless monitors) , they would step outside and journey to their safe lanes towards the secret shop that boasted of a wide selection of various Dota 2, ESL, Mineski, and Team merchandise that was sure to make your wallets scream in pain just like the Queen of Pain herself!

Exhibitors such as Asus, Smart, PLDT, and much more also presented their wares during the event and we’ll give each one a quick tour, which you’ll surely won’t want to miss out on! 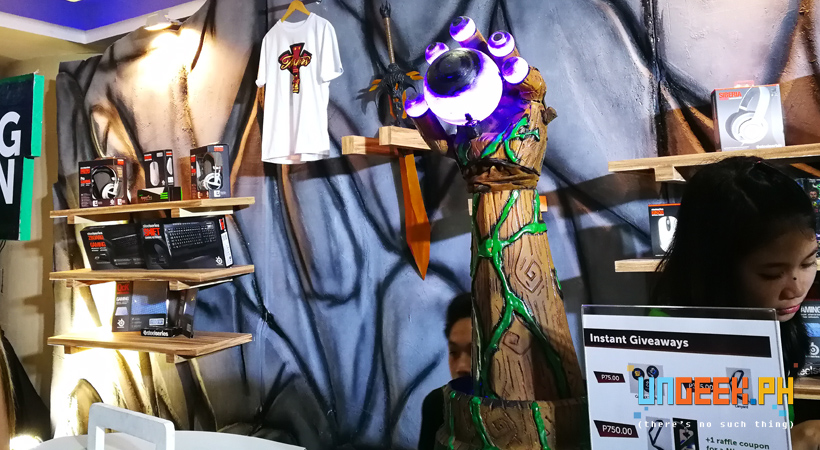 As we look forward to day 2, expect more exciting Dota 2 matches as we move forward with the Lower Bracket as NP take on iG and OG facing off against Faceless, with the winners of the series locking horns against each other for the right to face EG in the Lower Bracket Finals. Keep it locked here as Ungeek brings you the sights and sounds as we continue our coverage for Day 2 of the Manila Masters!

- Advertisement -
Previous article
Happening Tomorrow: “ABRICKADABRA 2017”, the Biggest LEGO Fan Convention in the Philippines
Next article
Take a Look at the First Trailer for Monster Hunter XX For the Nintendo Switch!