Rev Major Philippines is set to take Fighting Game eSports to the Next Level! 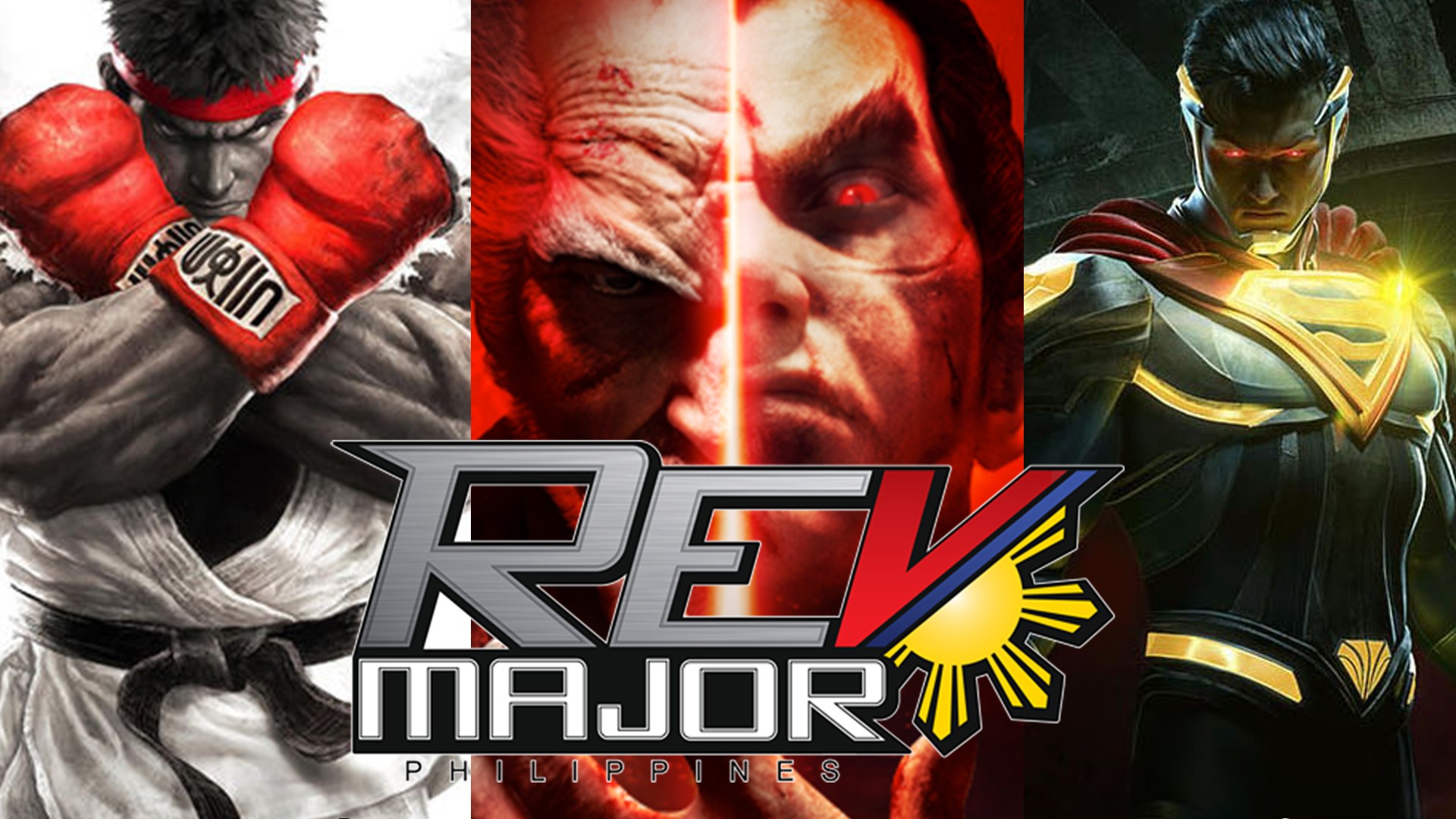 Witness the fierce fighting game fiesta that promises to level-up the local fighting games eSports scene! If you love fighting games, whether it be Tekken, Street Fighter, King of Fighters, or anything else in between, you won’t want to miss out on REV MAJOR PHILIPPINES!

REV MAJOR Philippines, a fighting game premiere event on July 8 & 9 at the Power Mac Center Spotlight in Circuit Makati, will be home to the biggest Tekken 7 tournament in the country:The Tekken World Tour Asia-Pacific Masters! A celebration of fighting games that will also feature Street Fighter V, Injustice 2, The King of Fighters XIV, Guilty Gear Xrd Revelator 2, Super Smash Brothers 4 for Wii U and Ultimate Marvel vs Capcom 3.Witness the best players of the Philippines take on the strongest contenders in the Asia-Pacific Region. For registration and information. Visit http://playbookph.com/rev-major-2017/#REVMAJORPH

Brought to you by Bandai Namco, Twitch, and PlayBook, Rev Major Philippines is a 2-day event where the best fighting game players across the region pit their skills against one another in seven different fighting game tournaments with the main event being a Tekken 7 tournament for the TEKKEN World Tour! The TEKKEN World Tour is an international tournament series which is currently ongoing in three different regions around the world (Americas, Europe, Asia-Pacific). Various events are held per region which will collectively determine the rank of participants. The top 5 players of each region will be joined by the EVO 2017 Tekken 7 champion as they head off to the United States later this year for the grand finals.

Currently, a lot of top SEA Tekken players have already joined REV Major Philippines such as Nobi, Yuu, and Take, all sponsored by Yamasa. Echo Fox players JDCR and Saint will also be in attendance. Local talents such as Alexandre “AK” Laverez and Andreij “Doujin” Albar will be just 2 of those who will be representing the Philippines.

Beyond Tekken though, other games (like Street Fighter V, Injustice 2, Guilty Gear Xrd Revelator 2, King of Fighters XIV, Super Smash Bros 4 for Wii U, and Ultimate Marvel vs Capcom 3 will also have tournaments during the event.  All in all, it’s looking to be a super hype event with all the fighting game eSports action you want.

Rev Major Philippines happens on July 8-9, 2017 at the Power Mac Center Spotlight, Circuit Makati. Be sure to not miss out! If you want more details, be sure to check out UnGeek or you can also visit their Official Facebook Event Page.