Three Summer Anime titles you should be watching this 2017 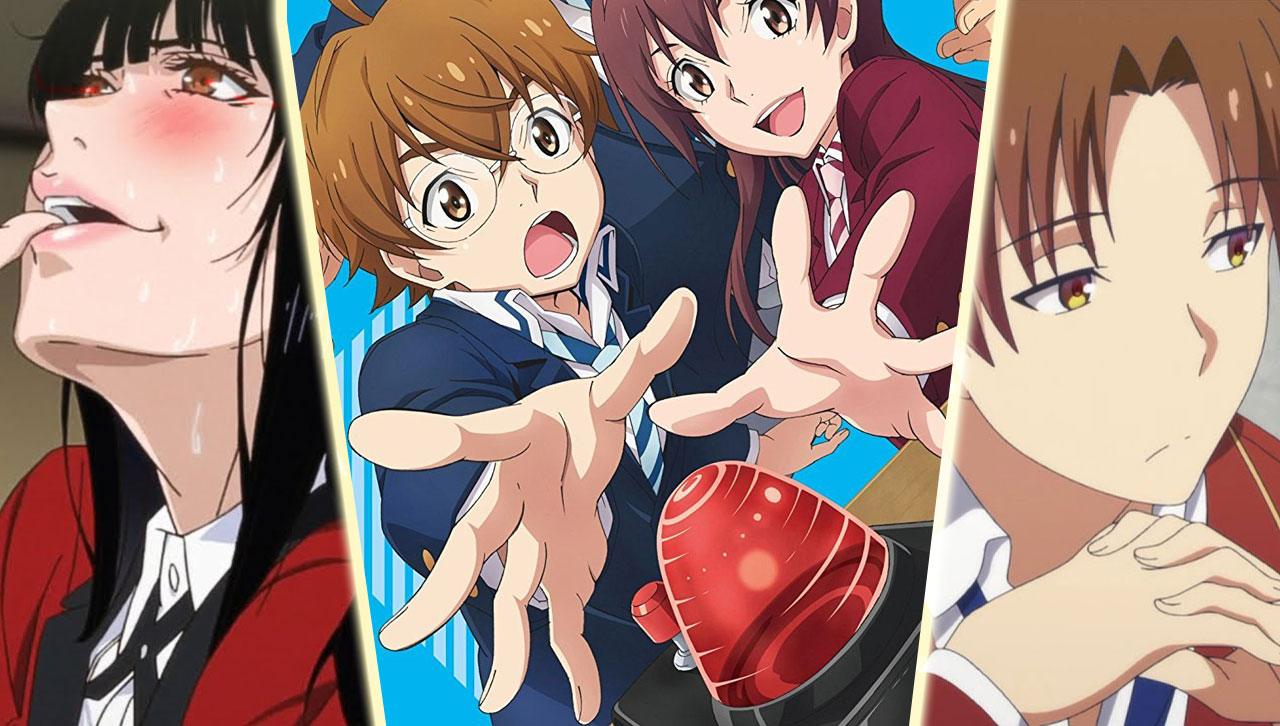 Japan’s anime summer season is underway! Perhaps you’re still hooked on Boku no Hero Academia or maybe you picked up Fate/Apocrypha? Either way, we love our combat anime! We love a good fight! We love competition! BUT wait, that last thing I wrote… “competition”. Well, it doesn’t always needs to be a brawl right? and, in a high school setting, it’s always better to have “Brains over Brawn” with these 3 anime titles.

A manga series adapted into an anime written by Homura Kawamoto and illustrated by Toru Naomura. It’s a series about a private school where the wealthiest and privileged students of Japan undertake a unique learning program. Basically, the school encourages gambling because GAMBLING IS LIFE! If you like “No Game No life” this series is for you.

I find that the show’s strength comes from the numerous different games (not just your typical casino games) the Main Character plays throughout the series as the entertainment value comes from how the players outwit and outplay each other. Psychological factors are involved as well after all whats a gambling anime without people getting psyched. Whether they’re going around the rules or breaking it, cheating is prevalent but if you’re not caught who cares :D. So take a break from the brawn-centric firework shows and pick this up now!

A manga series that has been adapted into an anime series since 2010. The literal translation of the title is actually “7 Right, 3 Wrong”. However the English title is Fastest Finger First and you know why??? It’s because the first one to buzz in gets to answer! What am I talking about? Well, its QUIZ BOWL (quiz bee)!

The show is actually about the game mechanics of quiz bowl and how to outplay and outlast your opponents. Let me simplify. Quiz bowl is a contest where a question is asked and the players need to give the right answer and the first one to give the correct answer or answers wins, right? Not exactly. There are different variations to the game and that’s where the series shines. It’s not about figuring out the right answers. It’s about figuring out the mechanics to gain an advantage. Inter-school competition is life and team play is essential where each individual is a specialist in a certain category. Watch this show because it’s the cerebral version of your favorite sports anime!

A light novel series adapted for the anime summer season of 2017. In the not-too-distant future, the Japanese government has established a special school where the students are given a certain amount of freedom to do what they wish. However, they will not just be graded through their academic achievement but also through how they conduct themselves using this freedom. There is more to this school than meets the eye and the same can be said for some of the students. It seems that the goal is to be the class with the highest number of points and students gain points by doing great in school.

Part of the story’s appeal is figuring out how the school works as the students from different sections try outwit and outlast each other. At the center of it all is the protagonist Kiyotaka Ayanokoji, a student possessing hidden talents and skills as he tries to keep a low profile. But it’s not just him who is keeping something secret. The show’s strength stems from the intrigue coming from the various elements the series has to offer, one noteworthy in particular is Kikyo Kushida but I wont go into details as to not spoil it for you guys.

Anyways, that’s it! Three peaceful (…somewhat) yet thrilling anime titles for this season! Be sure to catch them! How about you guys? What are YOUR summer title picks? Drop us a comment here at Ungeekph!