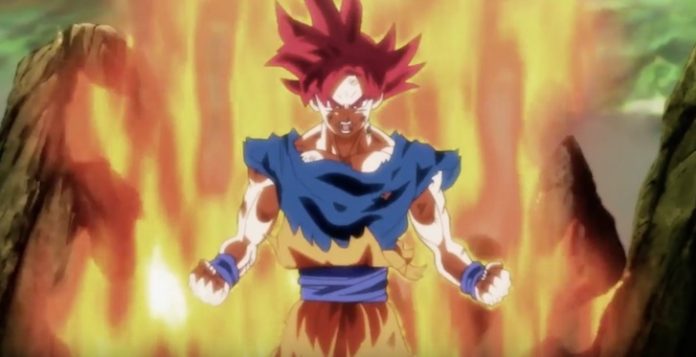 Dragon Ball Super Episode 114 just dropped and as expected it’s another Super Saiyan Royal Rumble episode featuring Goku, Kale, and Caulifla! The episode has several epic moments that had us laughing and awed which made for a well-balanced episode. Here are some of our favorite moments that we wanted to share with you guys!

By the way, SPOILER ALERT. Press back if you don’t want to see major highlights if you haven’t watched it yet. 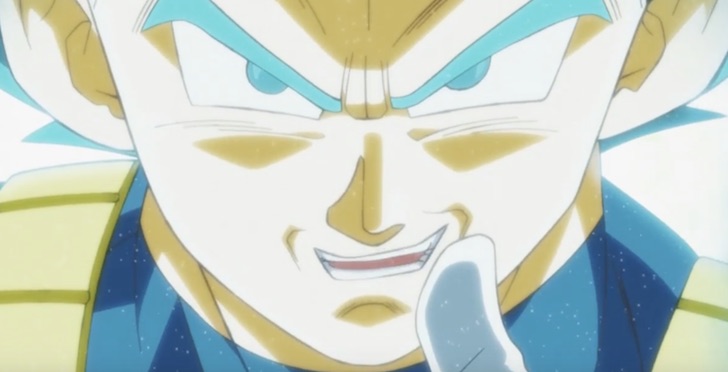 Vegeta and Toppo notice the energy spike of Kale as she goes on Berserk mode again. Toppo comments that Saiyans should never be underestimated. Vegeta delivers the best line of the episode by saying that he’s at the top of that mountain. Before Toppo could finish his comeback, Vegeta moves in and delivers a brutal uppercut. Classic Vegeta!

In what looks like a photo straight out of a cheesy couple’s Instagram post, Caulifla is able to break Kale’s Berserk Mode by talking about how she’s so proud of her and that she’s her protege. The result? Kale is much more powerful, in complete control, and looks terrifyingly happy.

The two then proceed to pummel Goku.

Frieza is the Best Villain EVER. Period. 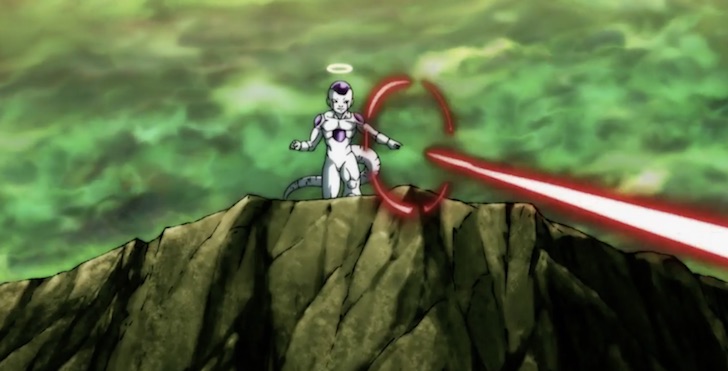 The comic relief for this episode came from the most sinister character in the series right now, Frieza. It starts with him playing around with Dyspo and a super galactic police due by firing laser blasts from his fingers. The three saiyans end up crashing into his party and he comments that he wants to take on Kale on Caulifla. Goku stops him and says that it’s “first come, first served”. Frieza relents and says that it will be entertaining to see Saiyans destroy one another.

“Watching Saiyans crush each other is the perfect show for me.” – Frieza

This guy is pure evil. I can’t wait to see what he has up his sleeves for the next few episodes! I’m hoping there’s no redemption story for him in this arc and he just screws everyone over in a chaotic and messy way, haha!

See Also: The Gods of Destruction Pummel Each Other in a Royal Rumble 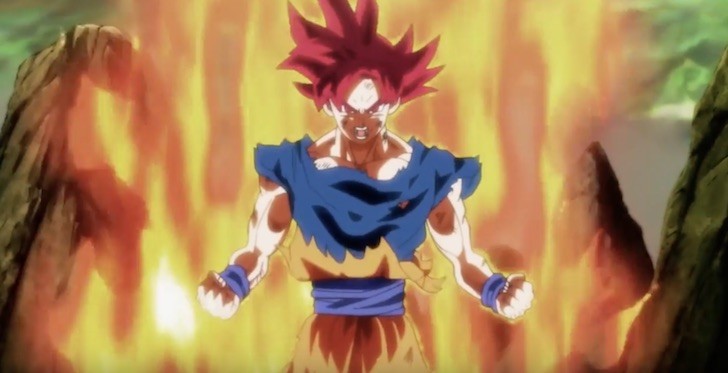 Sensing that he can’t beat Caulifla and Kale on Super Saiyan 2, Goku jumps right into Super Saiyan God (Red) mode. This allows him to overpower the two lady Saiyans. On a strategic level though you could see that Goku focused on disabling Caulifla first, who seemed like the weaker of the two. This allowed him the edge he needed to corner them both before unleashing a vicious Kamehameha to knock them both off the platform. However the two had a trump card that Goku didn’t expect. 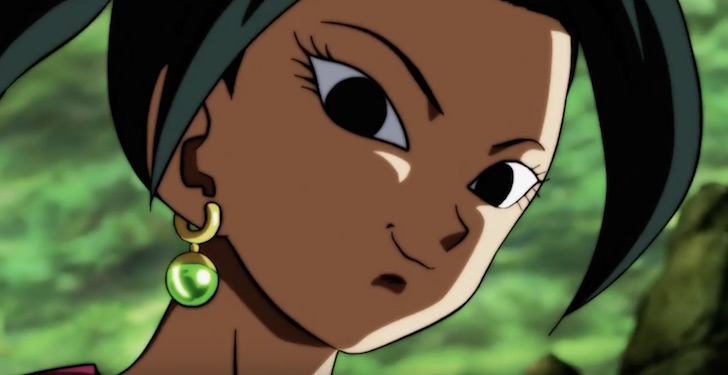 Using the Potara earrings, Kale and Caulifla become one and transform into Kefla. This is a massive game-changer because the Potara fusion doesn’t just add the power of the two into one being. It multiplies it tenfold. That means that the power levels would look something like this:

The episode ends with Kefla beating the crap out of Goku (who’s in Super Saiyan God mode).

The next episode promises an epic clash between Goku and Kefla. A potential wild card is Vegeta who noticed the massive power spike but it’s unlikely he will be able to help Goku as he has his hands full with Toppo.

You’d think that with all of this ruckus, Jiren would snap out of his meditation already. The biggest reaction they got was a twitch, lol.

Anyway that’s it for this post. Let us know what you guys thought of episode 114 in the comments section below!