Weird, Obscure and Other Releases during the PS E3 Media Briefing

Say hi to the little guys! 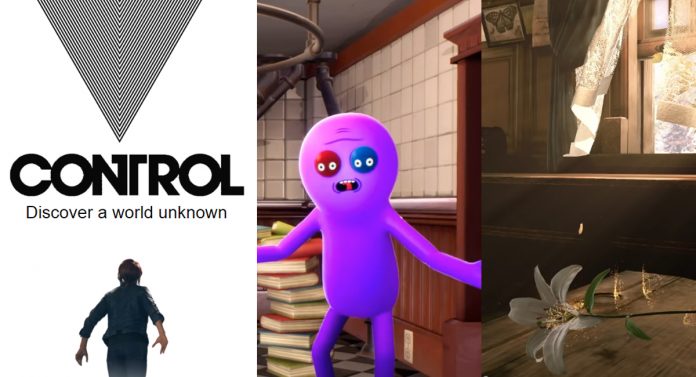 WHAT. A. SHOW! Sony PlayStation’s E3 Showcase is, by far, the showstopper of the press briefings despite having only 4 main game highlights. In between showcases, Sony peppered the event with various game releases and announcements, some of them were major shockers and others were…well…these.

Welcome to some of the odd-ball zany announcements sandwiched in between the massive Sony PlayStation E3 Press Briefing.

First up is the super stylish supernatural-themed action-adventure CONTROL, from Remedy Entertainment and 505 Games. Master your abilities, make use of your environment and define your playstyle by going deep into an ever-changing world as you step into the role of Director.

CONTROL is scheduled to release in 2019 for PS4/PS4 Pro, Xbox One/Xbox One X, PC (digital only)

For more info check them out at: http://www.controlgame.com/

From Rick and Morty creator comes a new platformer that looks to have the same quirkiness and wittiness as the Rick and Morty shows. Not much is known yet, except we’re probably going to miss (not) Bathtub guy. Oh, and the game has VR support.

And then there’s From Softwares’ Deracine. A huge departure from what the game that gave us “Dark Souls Samurai Edition”, Sekiro Shadows Die Twice. As a PS VR game, we’re not entirely sure what to expect as no gameplay mechanics were seen in the announcement video. Still, we’re treated with great atmosphere and stunning art direction. We’ll update you guys once we get more info about this, but hey, any new (full) game for the PSVR is a plus on our end.

For more E3 News, keep it here at Ungeek! Our team will be roaming the convention halls in the next few days so we’ll give you guys a peek inside the Los Angeles Convention Center and the massive game booths.

If you like this, then you’ll love our Sony E3 Press Conference Recap where we highlight all the other major releases and announces that happened today. It look like a MAJOR WIN for Sony.