[PH GIVEAWAY ALERT] Take E3 2018 with you with the Ungeek Merch Giveaway! 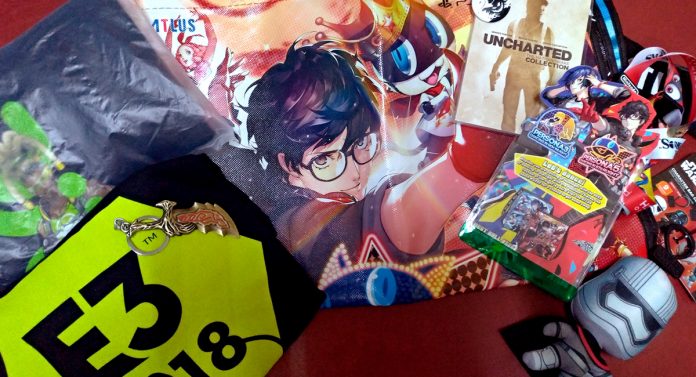 It’s been such a blessing for us to be able to go to the US and cover one of the biggest, if not the biggest, video gaming conventions in the world — E3 2018. We’ve been churning out stories from the ground and even gave you guys an FB Live tour of the 2 massive halls of the Los Angeles Convention Center but we feel we’d like to give you guys a much more tangible experience. So, in the tradition of Ungeek when we have any major international convention coverage, we’re bringing A WHOLE LOT OF E3 SWAG to you! That’s right! It’s back, Ungeek’s Merch Giveaway!

5 lucky readers will take home massive gift packs from things we found at the E3 floor and a couple of goodies from our brand partners, Uniqlo and GameOne.

So, without further ado, here’s what’s instore for you guys. 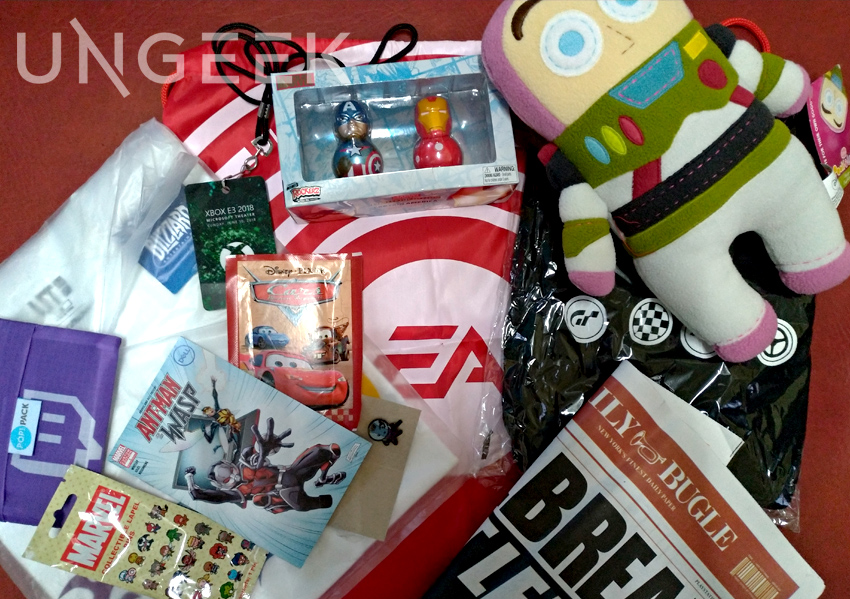 E3 2018 Merch Pack A consists of the following: 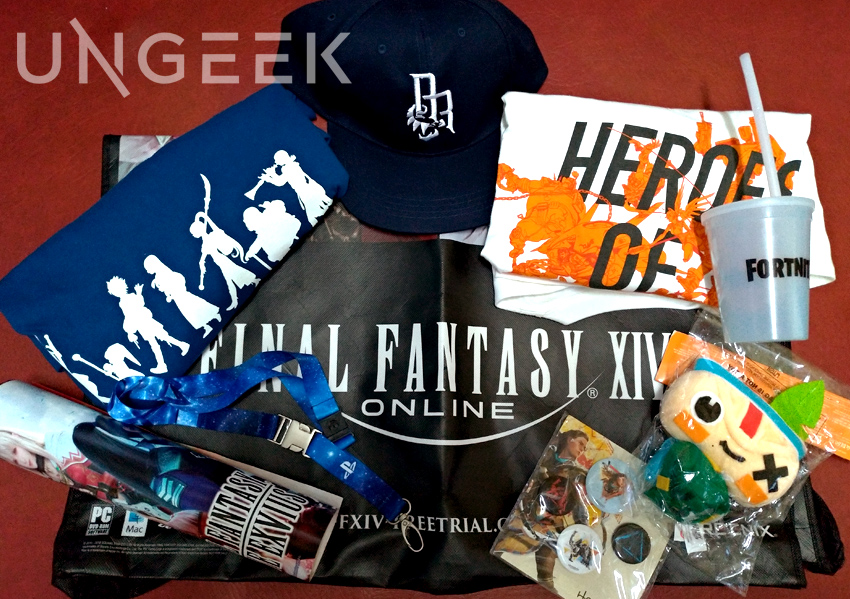 E3 2018 Merch Pack B consists of the following: 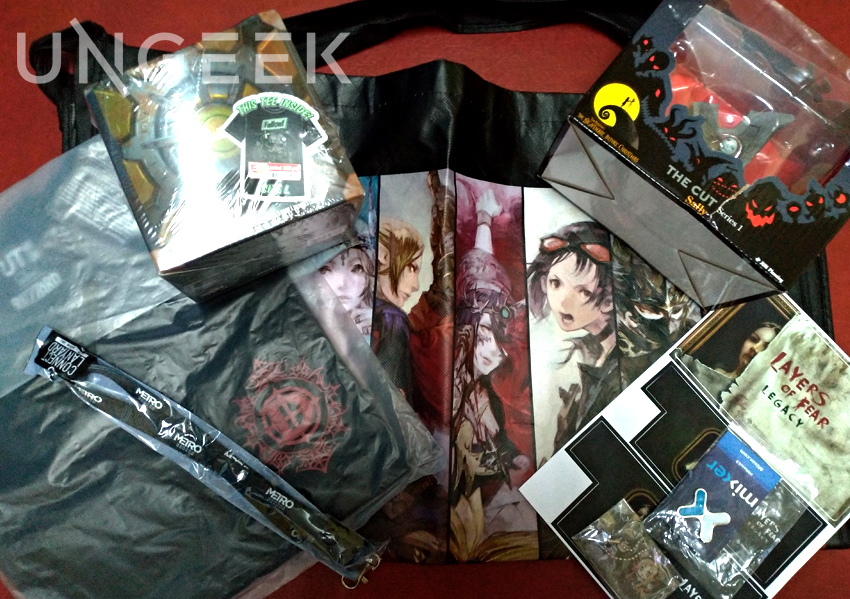 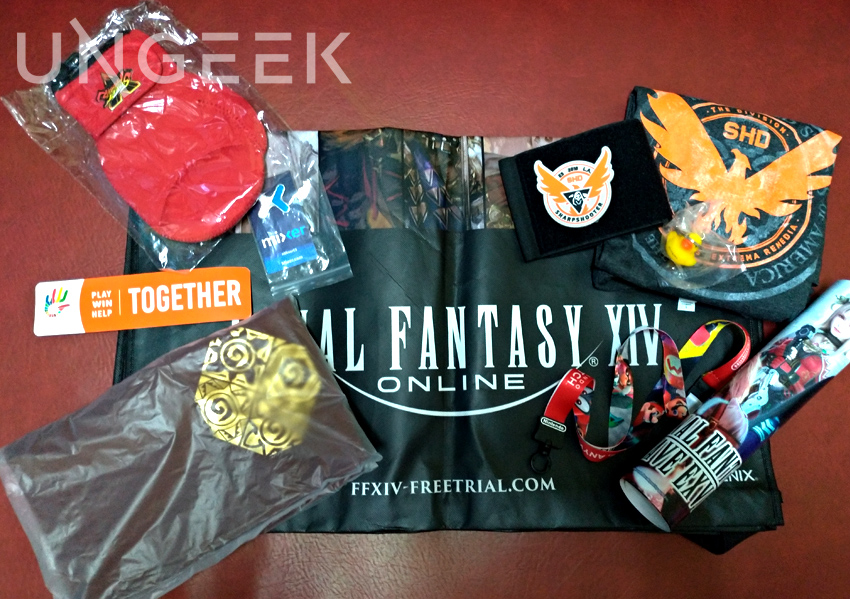 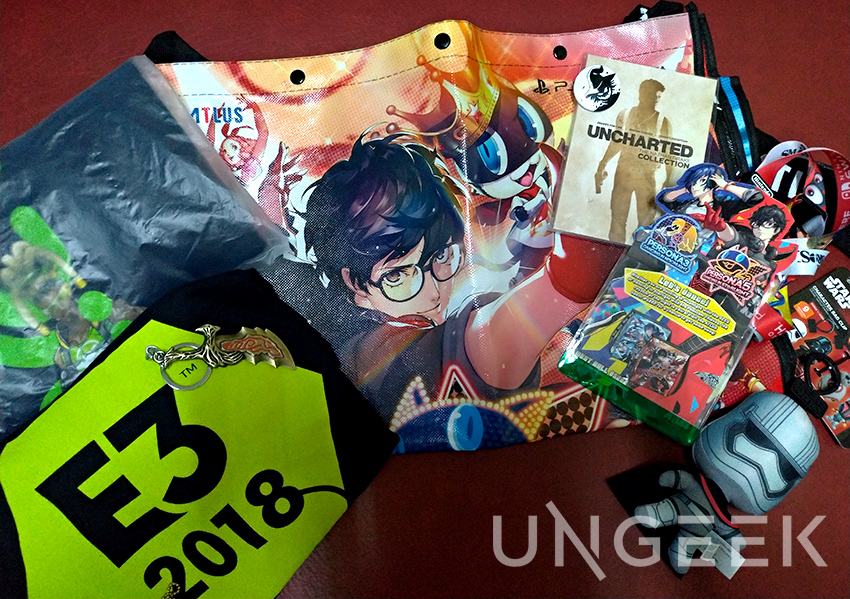 So how does one win one of these exclusive E3 2018 packs? Listen up, everyone!

First of all, make sure you’re FOLLOWING us on FACEBOOK and on YOUTUBE and don’t forget to click the notification icon and the bell icon on YouTube. This makes sure that you guys get the freshest news from our end – and a notification when we announce the winners. Also do give a LIKE to our friends at UNIQLO PH, GAMEONE PH, and OPPO PH for supporting our coverage initiative.

And that’s it! Goodluck to all who will join and we hope that you enjoyed our Special E3 2018 Coverage. Stay tuned for more stories that will be coming out about our E3 journey soon. We really want to share the experience with you guys!

- Advertisement -
Previous article
Here’s 20 Minutes of Anthem Gameplay from E3
Next article
My Hero One’s Justice Gets a Western Release Date for Consoles and PC!