Then and Now: The Evolution of PlayStation’s most beloved franchises 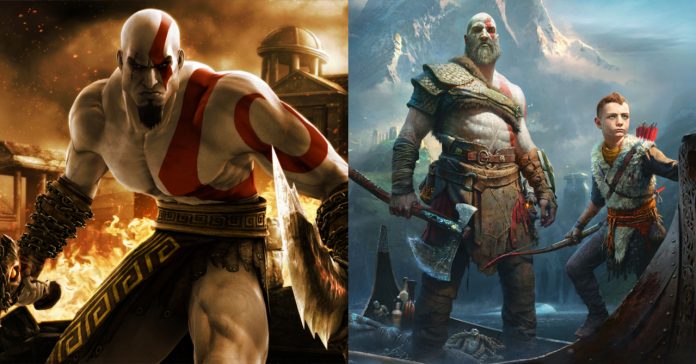 Having recently finished God of War for the PS4, I was filled with an sense of immense satisfaction. The latest God of War title was a joy to play, thanks to its re-imagined combat and moving storyline. While it is a departure from the previous titles in the series, it still retained that God of War DNA that made me love the series in the first place.

This got me thinking; almost all of PlayStation’s games share the same path. The current-gen games of established IPs are all engaging and polished, all while sticking true to their roots. From the long-running Gran Turismo series, to the fairly new Uncharted games, let’s take a trip down memory lane to see how PlayStation’s beloved games have evolved. 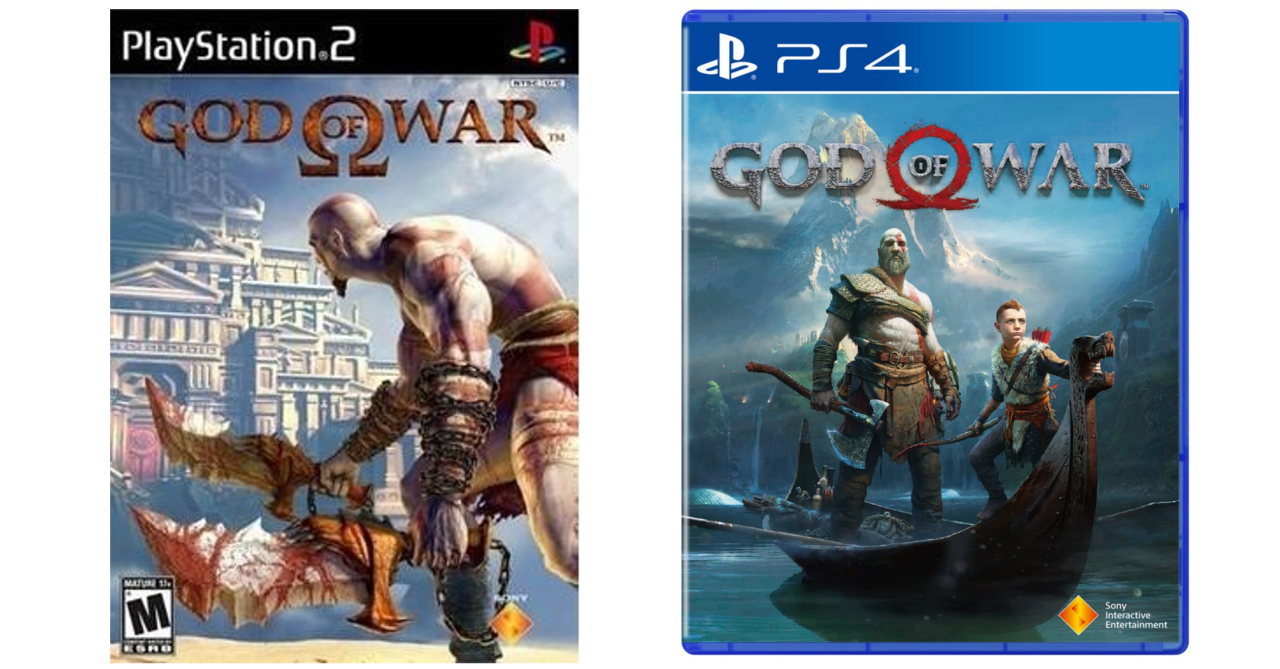 The first God of War game for the PS2 was one of the console’s best games for a reason. GoW’s gameplay was fast-paced and enjoyably brutal, plus the story of Kratos and his journey to become the next Greek God of War was certainly exciting.

The next games in the series improved upon the formula, but by the release of Ascension (which was the sixth game in the series), it was time for a shake-up in the series’ formula. Enter 2018’s God of War; set in the world of Norse Mythology, the latest title overhauled the camera to a more intimate over-the-shoulder view, and changed Kratos’ signature weapon to the Mjolnir-like Leviathan Axe.

God of War’s gameplay was a welcome change, and it felt like a logical evolution for the series. The game’s story is also a bold new step for the franchise; gone is the old Kratos that’s perpetually angry, now players are treated to an older and wiser Kratos who must become a proper father to his son Atreus. 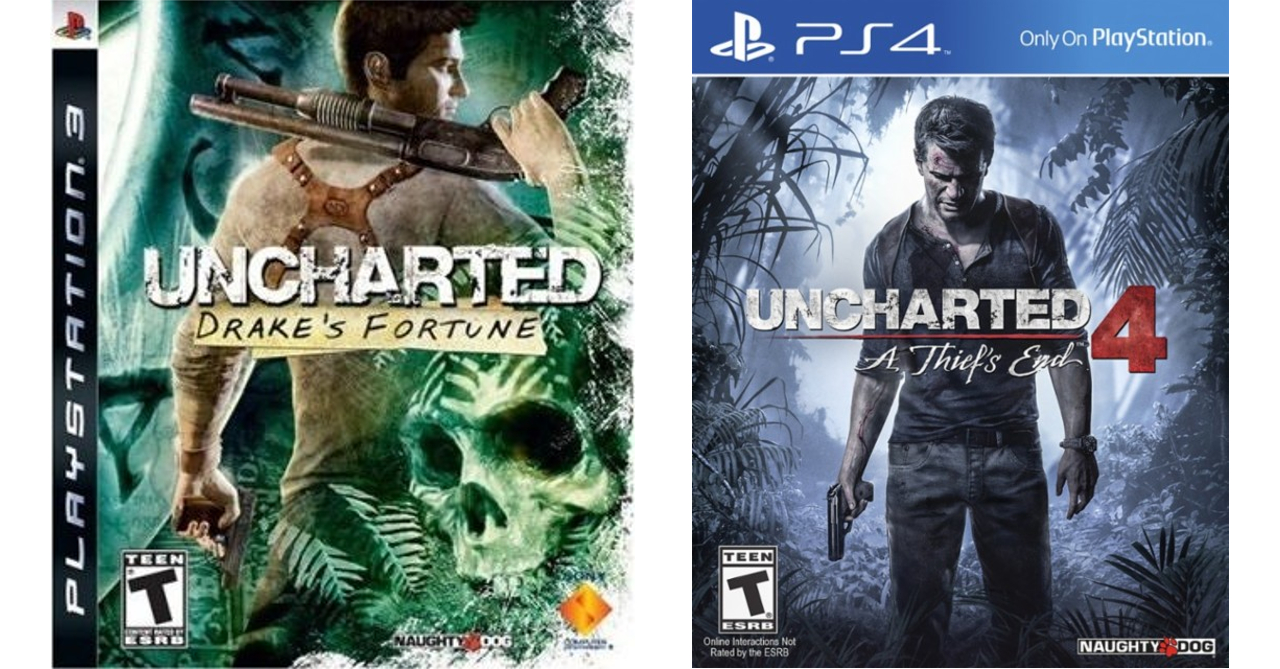 Speaking of family, the Uncharted series wasn’t exactly a franchise focused on familial ties. The first three Uncharted games focused on protagonist Nathan Drake, who goes spelunking in historical sites much like a modern day Indiana Jones. This gets changed up a bit in Uncharted 4 with the introduction of Drake’s brother, Sam.

Aptly entitled ‘A Thief’s End,’ Uncharted 4 tells a more heartfelt tale that puts a spotlight on Drake’s struggles with his family, both in the past and in the present. Story aside, the gameplay is definitely improved from the previous titles, and it contains even bigger setpieces that are akin to big blockbuster action films. 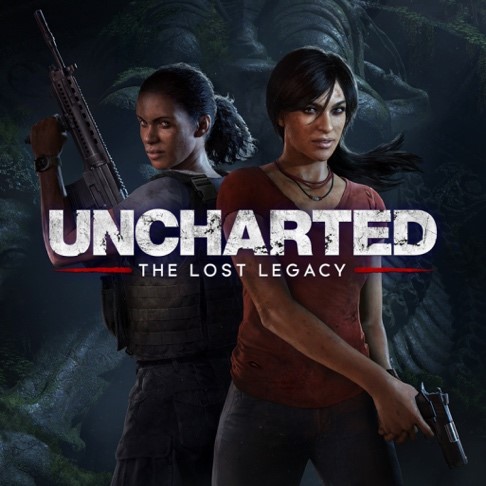 The series’ evolution does not stop there though, as the latest title in the franchise — The Lost Legacy, proves that the series can continue even without Nathan Drake (whose story ended with UC4). The Lost Legacy puts players in the shoes of Chloe Frazer and Nadine Ross, two badass women who are worthy successors to Drake. The game features the series hallmark of spectacular set-pieces, intricate puzzles, and a cinematic story.

Another thing of note is that Philippine-based game development studio Secret 6 was involved in the creation of The Lost Legacy. The studio collaborated with Naughty Dog to produce high-quality cinematic and gameplay assets, proving that the Filipino game development scene is well on its way to world-class standing. 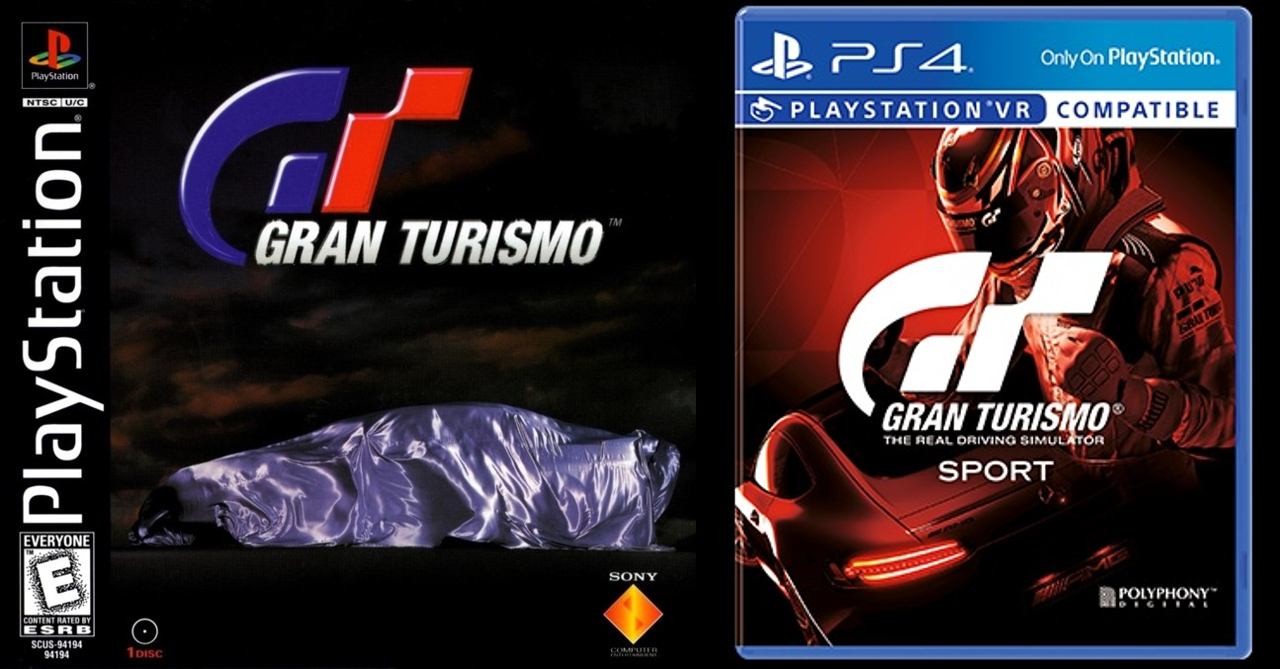 Both God of War and Uncharted’s latest games have stories that tug at players heartstrings. The Gran Turismo series meanwhile, has no story at all! I mean it is a driving simulator, a story just wont’ fit. So how did the series evolve then?

That’s easy, developer Polyphony Digital continually built upon the first game’s features, with each new game bringing even more driving realism and stunning graphics. The latest game in the series, GT Sport, has jaw-dropping graphics that seems all too real along with improved driving physics. With the continued improvement of each new title, the Gran Turismo games are a must for any racing fan. 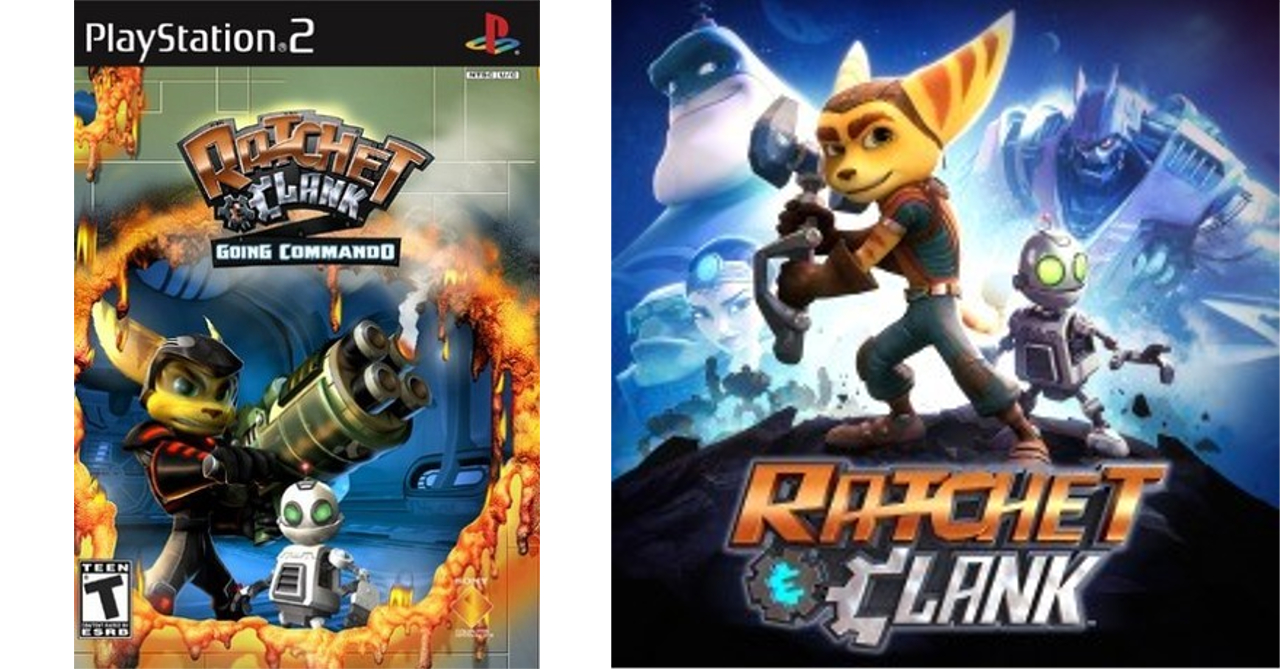 While Gran Turismo strives for realism, the Ratchet & Clank series is the total opposite. How is playing as an alien Lombax in Ratchet while accompanied by a robot parnter Clank realistic in any way? It’s not, and it’s all the better for it.

The Ratchet & Clanks series is one of the PlayStation’s best 3D platformers, and the formula is still just as fun today as it was during the PS2 era. The latest game in the franchise is a re-imagining of the first Ratchet & Clank game, and it still retains the awesome mix of platforming, action, and RPG elements that gamers came to know and love. 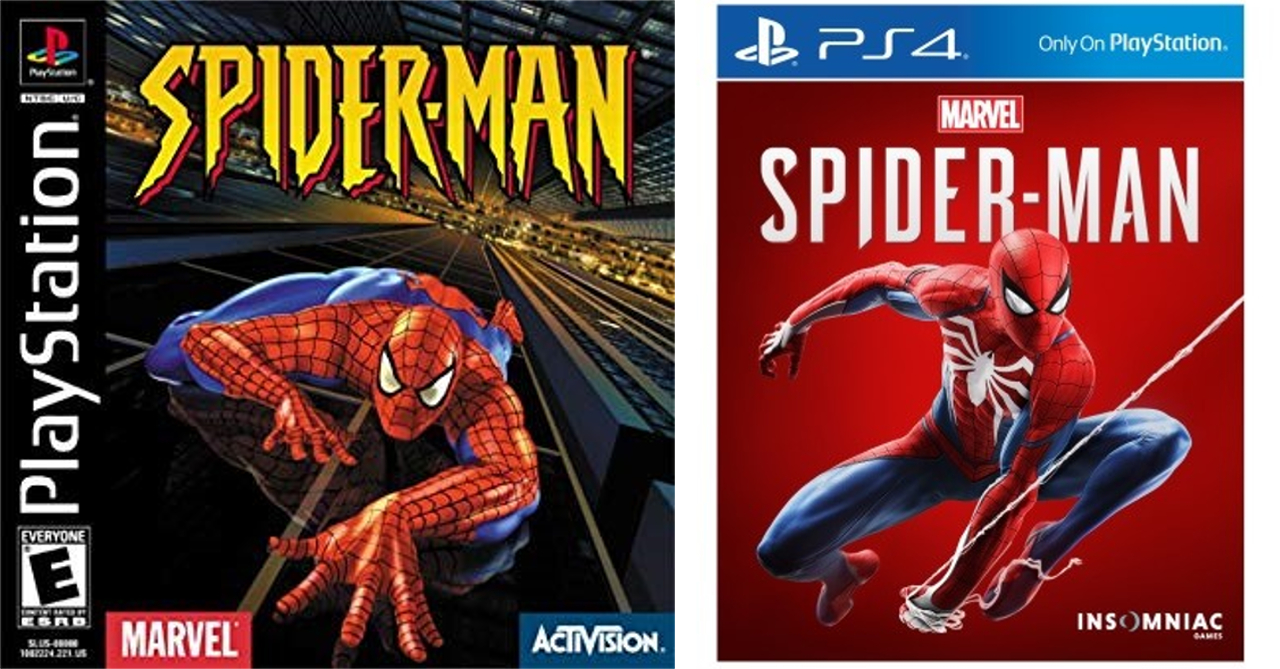 Finally, we have the original Spider-Man for the first PlayStation. Spider-Man for the PS1 served as a template to all other Spider-Man games that came after it, as it allowed players to swing through New York City and fight Spidey’s cast of villains along the way.

Spider-Man 2 (not a direct sequel, but rather a tie-in for the movie) for the PS2 improved upon the formula, which made it a cult hit for Spidey fans. While it’s been years since the last good Spider-Man game, Insomniac Games‘ upcoming PS4 exclusive — Marvel’s Spider-Man promises to be the definitive Spidey game!

I’ve played through the first few hours of the game a few weeks back, and let me tell you, this game is awesome! Swinging through New York has never been this fun, and the gameplay is exciting as well. Plus, I can’t wait to battle against Spidey’s wide range of nemeses.

PlayStation is truly the home of amazing games who have all evolved into the great franchises that they are now. If you’re a fan of all things PS, then you better not miss the PlayStation Experience 2018 this weekend. Tons of upcoming games will be playable, including Marvel’s Spider-Man!

PlayStation Experience 2018 is happening this weekend, August 18-19 at GMM Live House in Bangkok, Thailand. You better drop by if you’re in Bangkok over the weekend, if not then you better stay tuned here at UnGeek, as we’ll be bringing you live updates of PSX 2018.

Planning to go to PSX? Here’s a quick guide for everything you need to know!

- Advertisement -
Previous article
5 Things you can be excited about with World of Warcraft: Battle for Azeroth!
Next article
4 things to look out for when PSX SEA 2018 hits this weekend