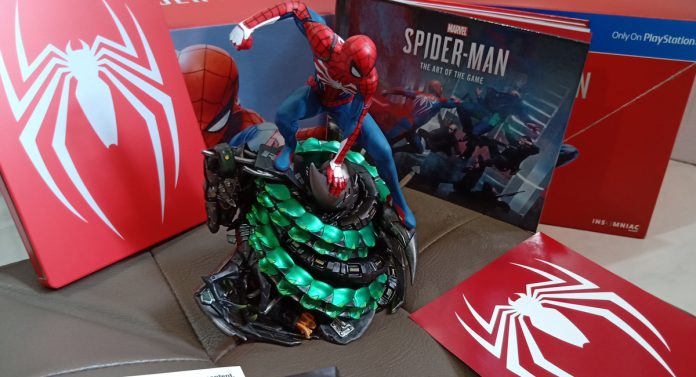 Marvel’s Spider-Man is out now on the PS4, and it’s probably the best Spider-Man title to date! Not only does it nail web-swinging, it also features jaw-dropping graphics and a great story, not to mention the awesome photo mode.

The Spider-Man CE comes in a fairly large red box complete with an artwork of the web-slinger himself on the side. The box has a simpler design compared to the God of War Collector’s Edition box.

Once you open it, you’ll be greeted with an insert that warns players not to open it as spoilers are inside; we’re assuming that’s the code for the upcoming City That Never Sleeps three-part DLC.  Just under that is a cool “White Spider” sticker, along with a 64-page mini Artbook. 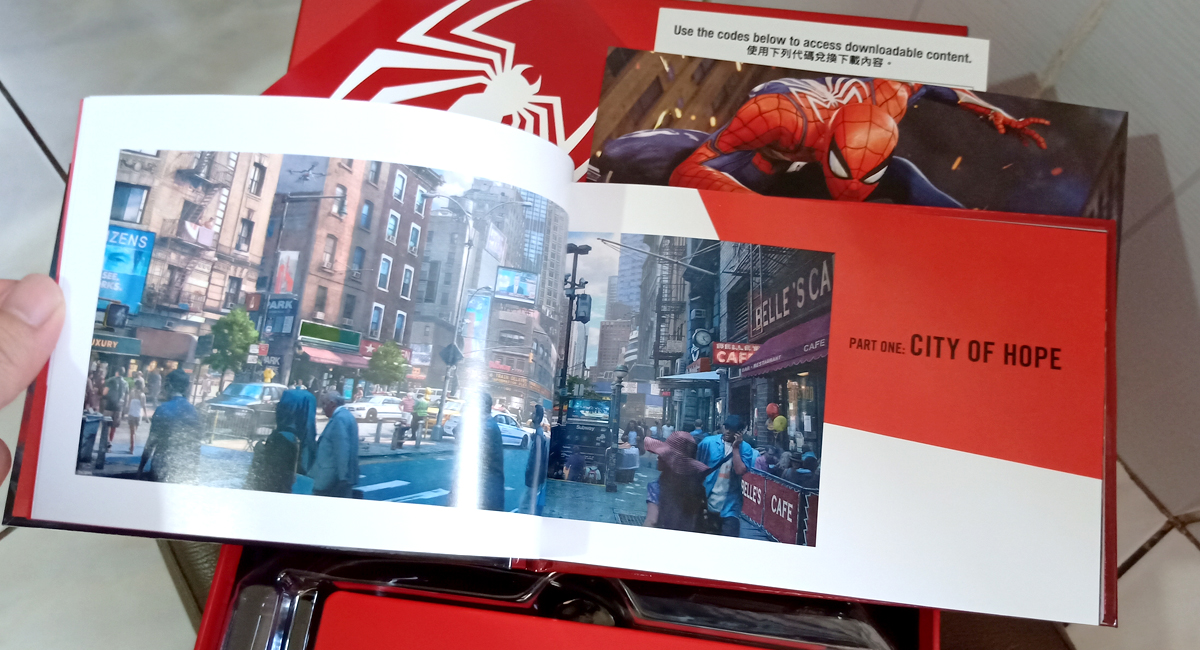 We skimmed through a couple of pages of the Artbook, and it contains gorgeous concept and character art. 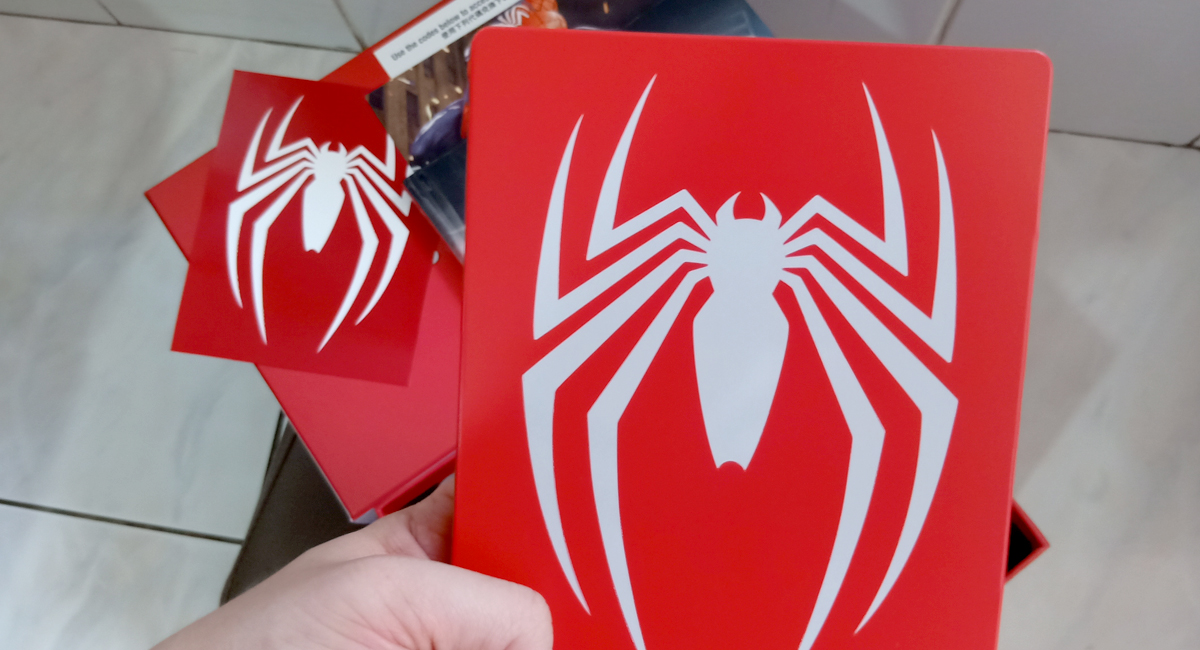 Speaking of gorgeous, the game itself comes in a minimalist steelbook adorned with the White Spider logo. 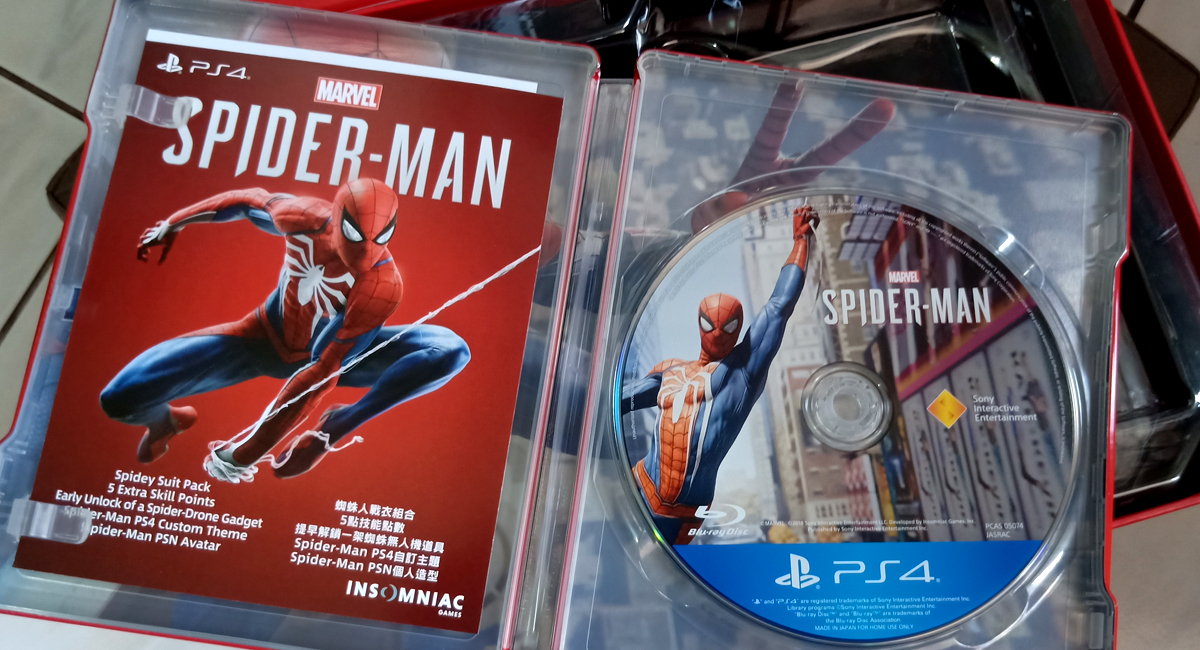 Inside the steelbook is the disc of the game itself, along with voucher codes in-game content such as a Spidey Suit Pack, Extra Skill Points, Early Unlock of the Spidey Drone, and a Spider-Man Custom PS4 Theme + Avatar. 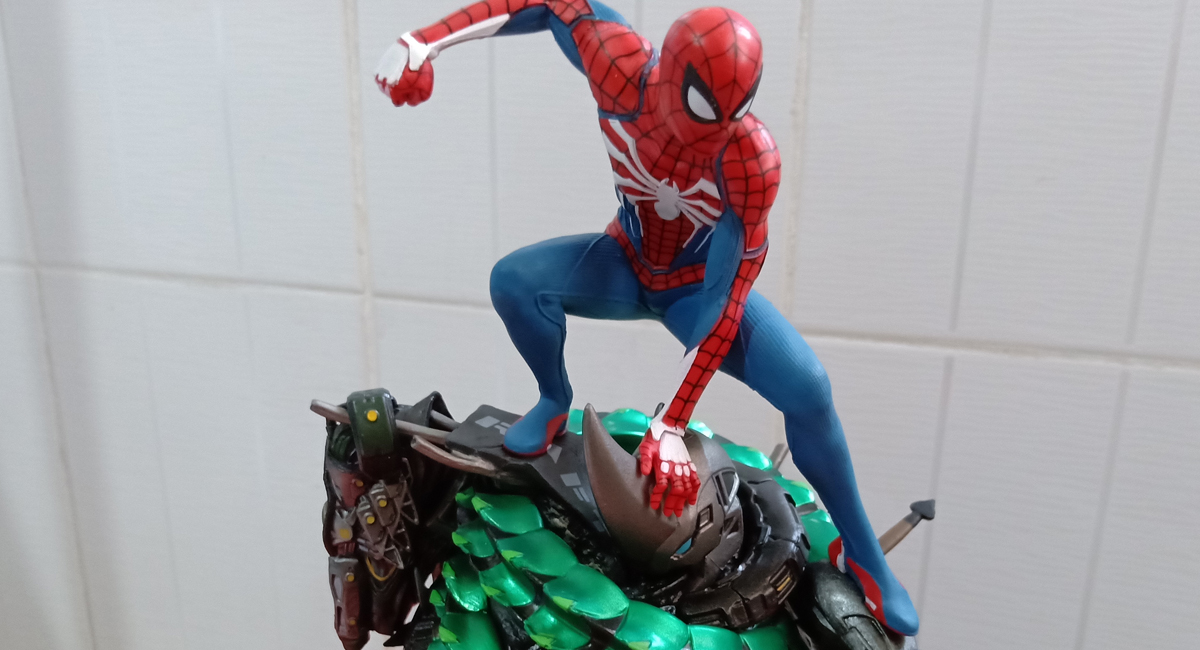 Finally, we have THE REASON to get a Collector’s Edition of the game, and it is the exclusive Spider-Man statue by Gentle Giant! The statue features Spider-Man in the game’s signature White Spider suit and posed atop a tangle of weapon and armor pieces from his greatest villains. The details include armor/weapons from the likes of Vulture, Rhino, Scoprion, Electro, and Mister Negative.

Here are some more pics of the exclusive Spider-Man statue:

And that’s it for the unboxing of the Spider-Man Collector’s Edition for the PS4. Personally, the statue and the artbook makes this one a worthy buy, though it was a bit lacking in the accessories department, especially when compared with the God of War Collector’s Edition.

Marvel’s Spider-Man is out now exclusively on the PS4. You can check out our full review of the game here (spoilers: it’s a really good game).