Here's LITERALLY EVERYTHING at TGS 2018! 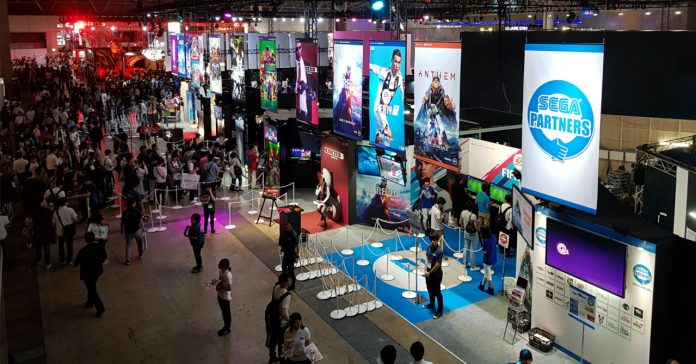 Tokyo Game Show 2018 is in full swing, and it’s safe to say that it’s one of the biggest game conventions in the world, both figuratively and literally. Not only is TGS the place where Japanese developers show off their upcoming games, it’s also one of the biggest in terms of actual size — TGS is just massive! It does occupy TWELVE convention halls after all.

Tokyo Game Show actually takes place outside the main city; it is held annually at Makuhari Messe in Chiba Prefecture. Right outside the convention area, attendees are treated to snap-worthy statues!

As always, UnGeek is bringing you content live from TGS! So if you’re wondering what to se inside, here’s a handy tour of literally every major booth to see at the convention. Let’s start off with the first three halls:

As with any convention, TGS has a main stage, and it’s located in Hall 1. Just beside the stage is the New Stars Area, a collection of booths by game developers from all over the world.

Off the the side of the New Stars Area are booths by Japanese video game devs such as Cyber Agent Group, Soft Gear, and NHN Japan. There’s even an awesome setup from Taito which highlights the 40th anniversary of Space Invaders.

In the middle of the halls 1 to 3 is the Game School Area. This part of TGS is a showcase for schools all over Japan to showcase their student’s titles and other projects.

Hall 1-3 is also home to a couple of big publishers such as Koei Temco, Level 5, and GungHo Online Entertainment. Level 5 brought a number of mobile games in their booth (such as a new Yokai Watch game); meanwhile, Koei Temco highlighted Dead or Alive 6 along with Orochi 3.

While the first three halls had some pretty nice booths, hall 4-6 is no doubt the center of the whole Tokyo Game Show. The place houses most of the major Japanese developers including PlayStation. This year, PlayStation brought with them demos for Sekiro: Shadows Die Twice, Days Gone, Kingdom Hearts III, and many other titles. Plus, there were cool photo spots to hype up Death Stranding and Ghost of Tsushima.

Beside PlayStation is the Konami booth. While the company may no longer be as active in the console space, they do have a sizeable presence at TGS this year. Games at Konami’s booth include Yu-Gi-Oh Duel Links, Winning Eleven 2019, and a few other titles.

In case KH3 at PlayStation is not enough, Square Enix also has a large play area dedicated to the game. Kingdom Hearts aside, Square Enix also highlighted games such as Final Fantasy XIV (specifically, the Monster Hunter collab), Dragon Quest Builders 2, and some more titles from partners such as Bethesda.

For TGS 2018, Bandai Namco pulled out all the stops! At the front of the Bandai booth stands an awesome statue of a God Eater 3 monster. Inside the booth meanwhile are tons of demos for upcoming Bandai Namco titles, the most exciting of which is no doubt Jump Force. In case you aren’t familiar with it, Jump Force is an upcoming fighting game with a roster of all the popular Shonen Jump characters!

Not to be outdone is Sega + Atlus. The Sega booth has three stand-out games this TGS — Judge Eyes (a Yakuza spin-off), Persona Q2, and Catherine Full Body. Though there are also tons of games around the back, both for mobile and for consoles.

In the middle of all the big major console game developers is the Mobile Game Area. The place contains tons of booths for Japanese mobile game companies; though there’s also a big Google Play area with some fun mini-games for attendees.

The last of the big six Japanese game developers is Capcom, and they’re massive booth is located at hall 7. Three games are given the spotlight at TGS — Resident Evil 2 (the remake), Devil May Cry 5, and Mega Man 11.

Beside Capcom are more Japanese developers, including companies such as Arc System Works. The upcoming Kill La Kill game by Arc is the booth’s main higlight.

Also near the area are more Japanese developers such as Neo Geo. Neo Geo’s space at TGS is home to retro arcades, perfect for fans of 80s to 90s video games.

For Battle Royale fanatics, PlayerUnknown’s Battlegrounds has a big booth at Hall 7-8, with space both for PC and mobile PUBG versions!

Finally, a number of partner brands had dedicated areas at hall 7-8. These partners include Twitch, Monster Energy, HyperX, Samsung, and Omen.

Separated from the main Makuhari Messe exhibition area are halls 9 to 11, but this area is still very much worth a stop for attendees as it is the TGS merch area. Exclusive video game and even anime-themed merchandise can be found in these halls, including the awesome Kojima Productions store! There’s also a Square Enix music store, as well as dedicated merch booths for Sega, Capcom, and many more!

Near the end of the TGS merch area stands the e-Sports X Stage. The said area will be the place for all the major esports tournaments happening during the four convention days. The stage is divided into the blue and red stage, with each having their own schedule of exciting esports action.

Also located in hall 9-11 is the Indie Game Area. Indie developers not just from Japan, but also from all over the world are in this place to show off their latest titles. These games are not only for PC, but also made for consoles such as for the PS4 and Switch as well.

Finally, we have the Tokyo Game Show VR/AR corner. This area is the place to be for any fan of VR and AR; and the best part is it’s not just your typical VR headset setup that can be found here. Some booths have insane setups, with some even having elaborate rigs for a more immersive VR experience! 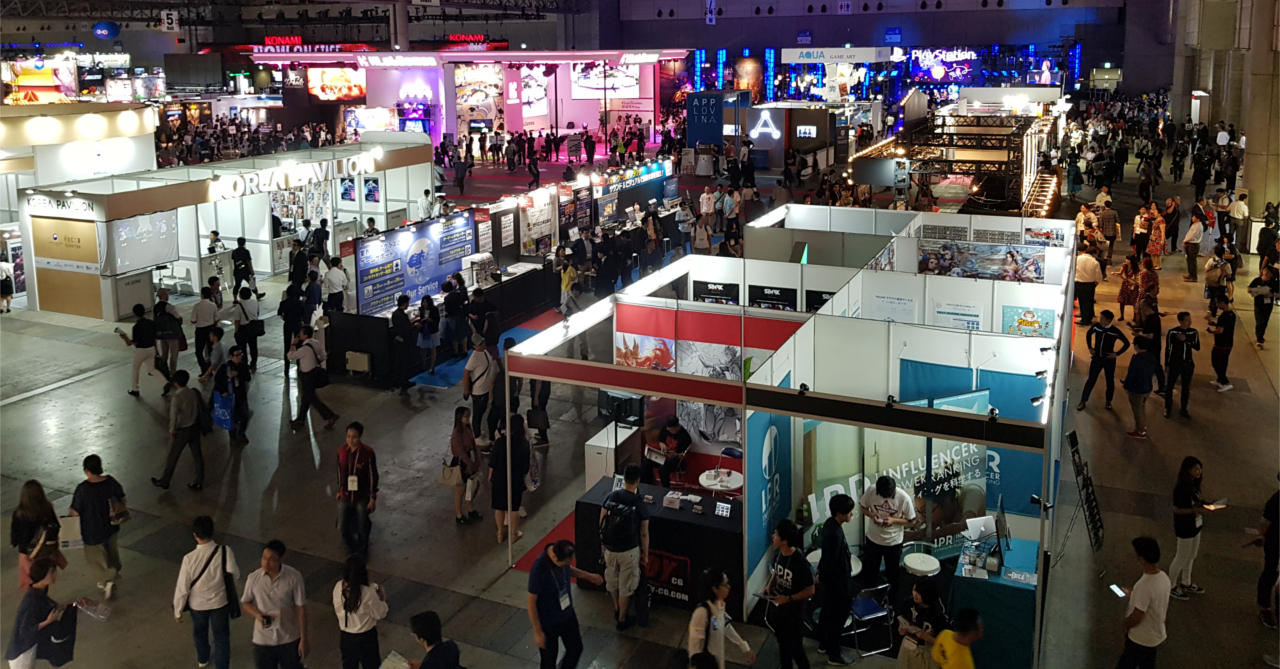 That was a lot isn’t it? Well, I actually haven’t even gone into detail about everything that you can see at all these Tokyo Game Show booths! With its insane booths and exclusive demos, TGS is certainly a must-visit convention for any gaming fan in Asia.

- Advertisement -
Previous article
Smilegate unveils Final Assault and Focus on You for the PSVR | Ungeek TGS 2018
Next article
(Rumor) Are We Getting Castlevania: Symphony of the Night for the PlayStation 4!?