Who says geeks can't be stylish? 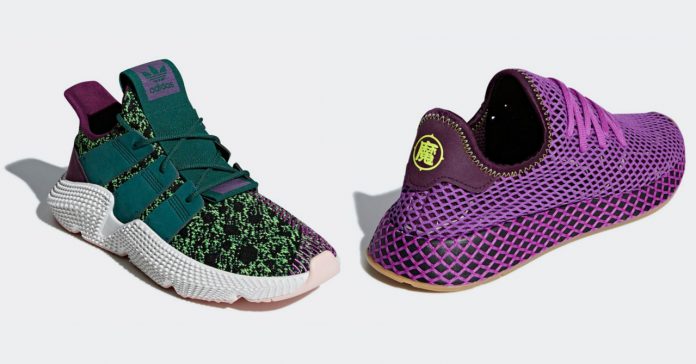 Last month, the first batch of Adidas X Dragon Ball sneakers were released, including the  ZX 500 RM “Son Goku” and Yung-1 “Frieza.” If those two aren’t enough (or if you missed out on getting them), there’s still the second batch of equally awesome Adidas DBZ sneakers!

The new batch of sneakers include the “Gohan” Deerupt and the “Cell” Prophere. Both sneakers will be released in select retailers this month.

The “Gohan” Deerupt comes in a purple color that’s reminiscent of Gohan’s purple outfit. The pair also has a yellow midsole (in reference to Gohan’s blonde hair), as well as a DBZ heel patch. Finally, the Deerupt comes in an awesome box complete with an exclusive Gohan art.

Both sneakers will be released internationally on October 27. There’s no word yet on PH availability though, nor is there news on which stores will carry these sneakers.

- Advertisement -
Previous article
My Hero Academia movie PH release moved to an earlier date
Next article
Strap yourselves in for a Marvel Studios 10th Anniversary Movie Marathon from October 13-21!