There are Six Spideys in the latest Spider-Man: Into the Spider-Verse trailer!

Even Spider-Ham is here! 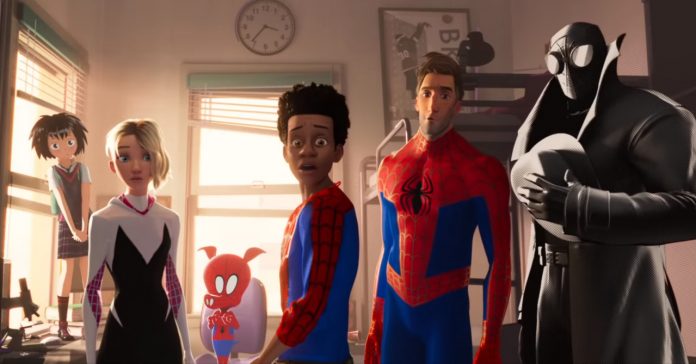 It’s safe to say that 2018 is Spider-Man’s year. Not only did Spidey have a big role in last summer’s Avengers:Infinity War, Marvel’s Spider-Man for the PS4 also become a critical and commercial success. Then there’s the equally awesome Spider-Man movie coming up later this year — Spider-Man: Into the Spider-Verse.

The first official trailer for the movie was released last June, though now there’s another trailer, this time it shows more Spideys!

As you may have guessed from the title, Into the Spider-Verse will feature not just one Spidey. While the movie’s main star is Miles Morales, he will be joined by other Spider-peeps, including Peter Parker, Gwen Stacy, Peni Parker, Spider-Noir, and even Spider-Ham! From the looks of it, this movie is shaping up to be one of the best (and craziest) Spidey movies to date!

The trailer not only showcased the six incarnations of the web-slinger in action, it also showed the movie’s main baddie — Kingpin. Plus, there were cool little easter eggs in the trailer, including a familiar Spidey suit (check out the image below).

Produced by Phil Lord and Chris Miller (of 21 Jump Street and The Lego Movie fame), Spider-Man: Into the Spider-Verse features an all-star voice cast including Hailee Steinfeld, Mahershala Ali, Jake Johnson, Liev Schreiber, Nicolas Cage, and many more. The movie is set to release on December 14, 2018 in the US.