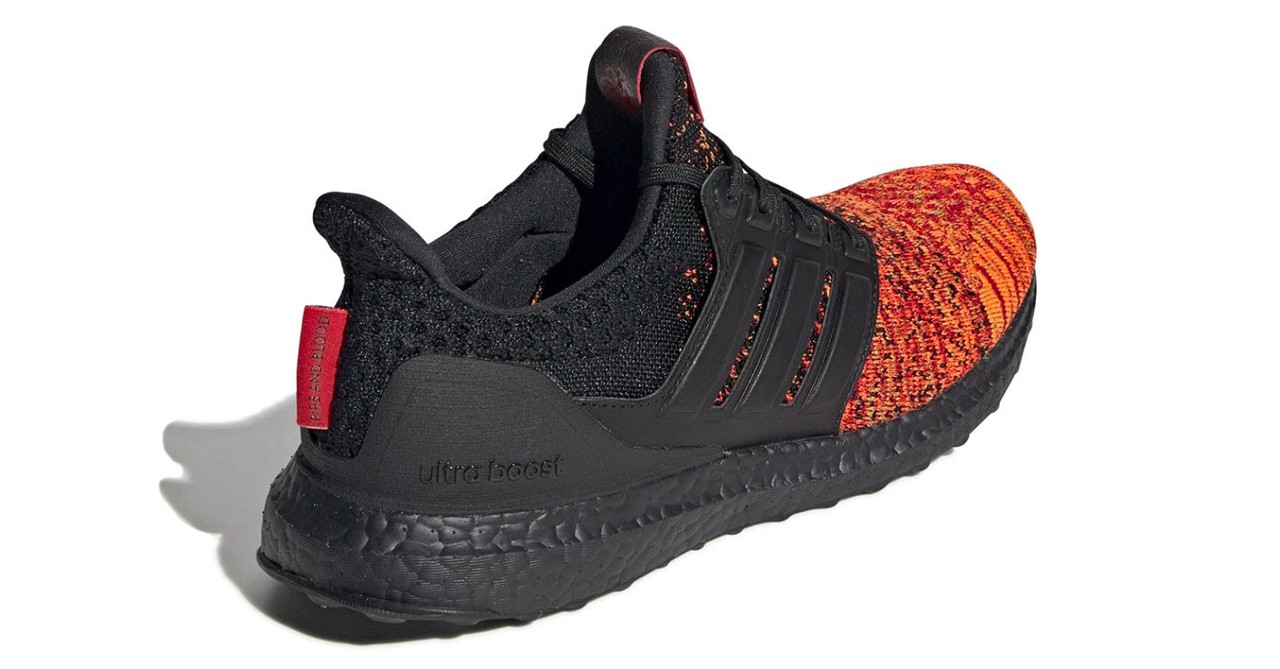 Leaked a few months back, the Adidas x Game of Thrones collection is now confirmed! But contrary to the leaked “Stark” colorway last July, the first pair in the series is an UltraBOOST inspired by House Targaryen. Aptly named “House Targareyn Dragons”, this pair of sneakers will certainly bring some fire (and blood) to your wardrobe!

The UltraBOOST comes in a black-and-red Primeknit upper which represents the three dragons of Daenerys Targaryen. Aside from the fiery color, the sneakers have heel tags with the words “Fire and Blood” — the words of House Targaryen. The pair also has the House Targaryen sigil inside of the tongue.

Here are some on-feet pics of the sneakers courtesy of Yankeekicks.

The “House Targaryen Dragons” UltraBOOST will be released on April 2019 for USD $180. While this pair is the only confirmed GoT collab as of the moment, there should be more Adidas x Game of Thrones colorways coming soon such as the leaked “Stark” UltraBOOST and the “Queen Daenerys” pair.

An Adidas x Cyberpunk 2077 sneaker collab is releasing later this...

Balan Wonderworld releases in March 2021 on PlayStation, Xbox, Switch, and...