Esports and K-Pop collide in spectacular fashion at LoL Worlds 2018!

Now that's how you open a tournament! 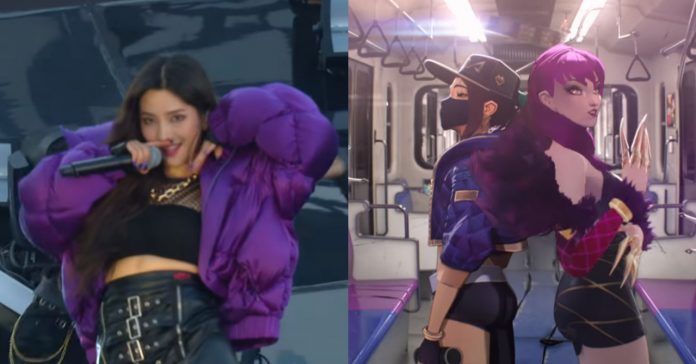 Last weekend was a big one for gamers all over the world. Not only did BlizzCon 2018 bring some exciting new announcements, the Grand Finals of the League of Legends World Championship (Worlds 2018) also took place last weekend at Seoul. The Grand Finals itself may have been an anticlimactic series (IG quickly swept Fnatic 3-0), but the whole tournament was one to remember — 2018 was finally the year where Korean LoL domination ended.

The fact that a team from the LPL won the Finals isn’t the only thing memorable about Worlds 2018 though; the event’s opening ceremony was also one for the ages! Riot brought along (G)I-DLE’s Miyeon and Soyeon, Madison Beer, and Jaira Burns to perform the K-Pop inspired track POP/STARS. Joining them are K/DA, the virual girl group consisting of LoL champs Ahri, Evelynn, Kai’Sa, and Akali!

If that wasn’t enough for you, Riot also released a music video of POP/STARS being performed by K/DA themselves. Sure, the group may just be virtual, but the video’s amazing animation makes me wish they’re real! Not to mention that the K/DA outfits are just as awesome!

Can’t get enough of POP/STARS? League of Legends is currently holding a K/DA event until November 20. In-Game K/DA skins for Ahri, Evelynn, Kai’Sa, and Akali are also available now!

In case you need more convincing, here’s a look at the four champs in their K/DA outfits:

For more info on the K/DA skins and mission, click here.

- Advertisement -
Previous article
BlizzCon 2018 | Some Amazing Cosplay Straight from the Event!
Next article
KonoSuba is getting a Dungeon-crawler RPG on the PS4 and PS Vita