My Hero Academia’s Deku is joining the Jump Force roster

Jump Force is going PLUS ULTRA!!! 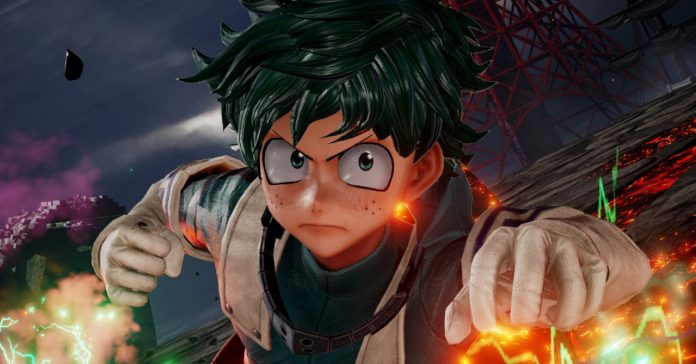 If you’re still undecided about getting Jump Force, let us decide for you — you should get Jump Force! Not only because it has the likes of Kenshin Himura and Makoto Shishio, but also because Bandai Namco recently announced that Izuku “Deku” Midoriya is joining the Jump Force roster!

Pre-order your copy today and Unite to Fight: https://t.co/2aJpkIOzL5 pic.twitter.com/V36d0Cw9xf

Not much has been revealed of Deku’s Jump Force abilities, but we’re pretty sure he’ll be Detroit Smashing fellow Shonen Jump characters in the game. Aside from Deku’s reveal, Bandai Namco also released a new trailer for Jump Force:

With Deku’s inclusion in the Jump Force roster, the game’s confirmed roster now stands at 33 characters (as of December 21, 2018). Check out the list of confirmed characters here:

Jump Force will be released on February 14, 2018 for the PS4 and Xbox One, with a PC version coming out on February 15.

- Advertisement -
Previous article#ShopPaMore with PayMaya and get cashbacks this holiday season!
Next articleShopping for a tablet this Christmas? Here’s a few reason to check out the MediaPad M5 Lite