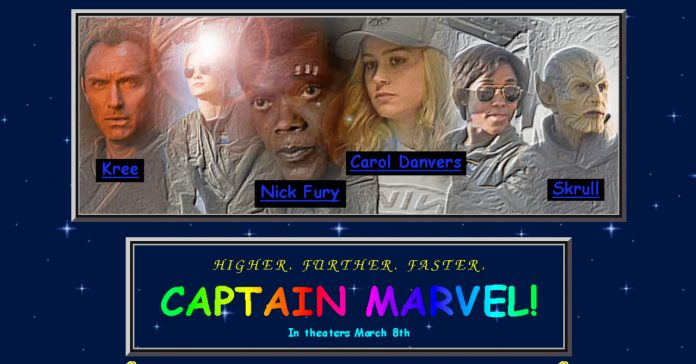 I mean, just look at the site:

In case you’re wondering why the Captain Marvel site looks positively retro, that’s because the film set in the 90s, making it one of the few prequels in the Marvel Cinematic Universe. Even if it’s a prequel though even, it should heavily tie into the upcoming Avengers: Endgame, especially considering Infinity War’s post-credits scene.

Moving back to the site, aside from having a totally 90s style, it has a set of retro features including a web game where you guess if the character is a human or a skrull.

Finally, it even has an old-school guestbook that’s complete with old memes such as the dancing baby, Y2K, l33t speak, and many more!

- Advertisement -
Previous article
Season one of The Nationals begins this March!
Next article
Limited-edition GoT Single Malt Scotch Whisky line now available in the PH