This is no doubt the best phone out right now for photography! 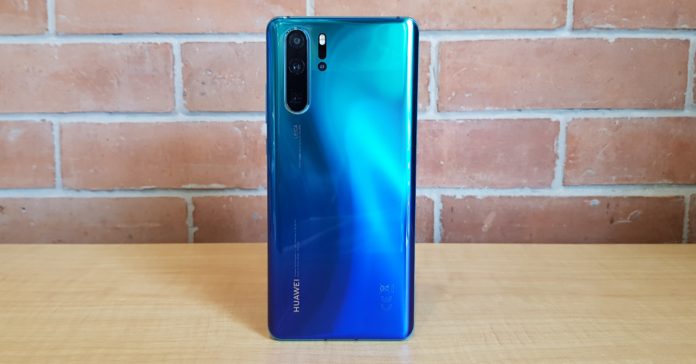 Last month, we reviewed the base Huawei P30. While it may not be the top-of-the-line model in the series, the P30 still amazed us with its versatile set of cameras and powerful performance. A bit after using the P30, I was able to get my hands on its big brother, the P30 Pro.

The P30 Pro may only look like a larger version of the P30 (they even have the same processor), but don’t be fooled, the Pro has an even better set of cameras — a Leica Quad Camera setup. Not only that, the P30 Pro also has a bigger battery, a curved edge display, and a couple of flagship features that the base P30 lacks. 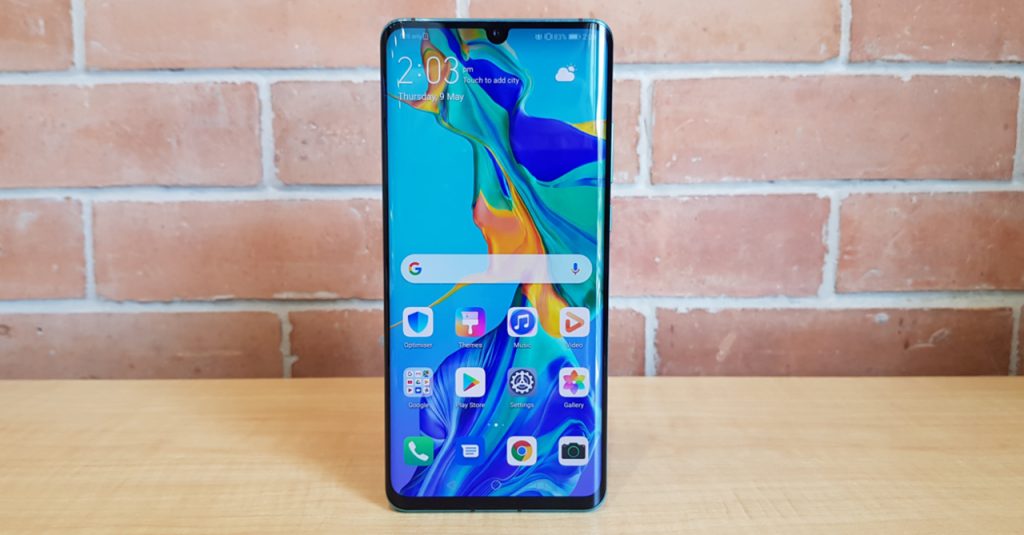 So does the P30 Pro deliver on its hype (and the various zoom memes)? And is it worth its premium price point, especiall over the P30? We find out here in our full review! 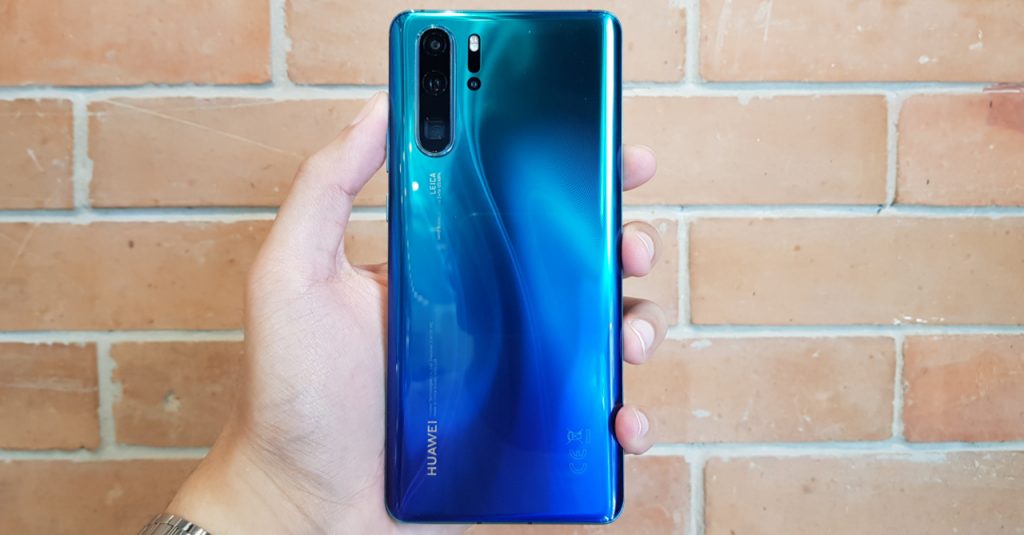 As I’ve mentioned above, the P30 Pro looks like a larger version of the base P30; both even comes with the same set of color options (such as the Aurora colorway that we have). The only major difference between the two aside from size is the ToF sensor/flash module at the side of the triple-camera. While the Pro is a bigger phone, it doesn’t feel overwhelmingly huge as I still found it comfortable to hold. 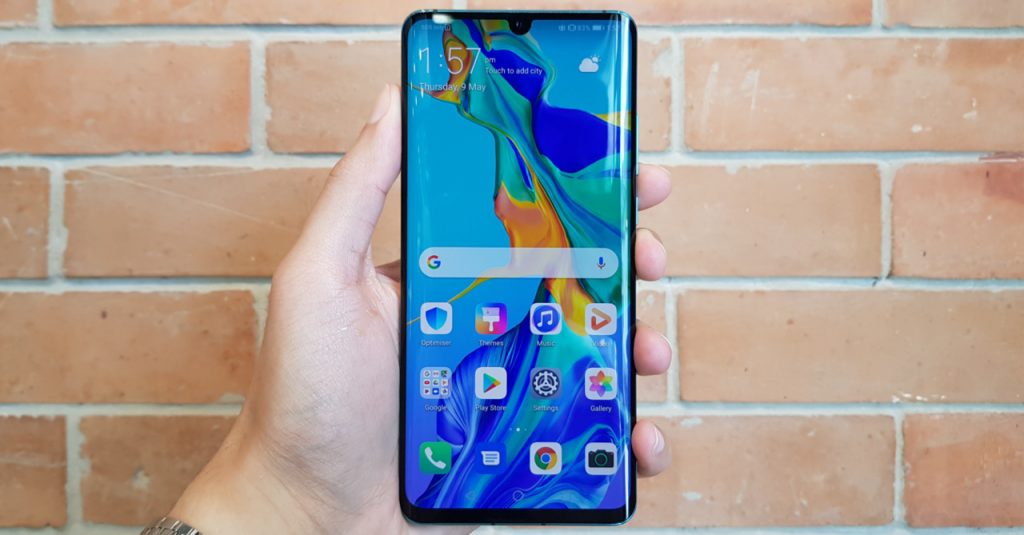 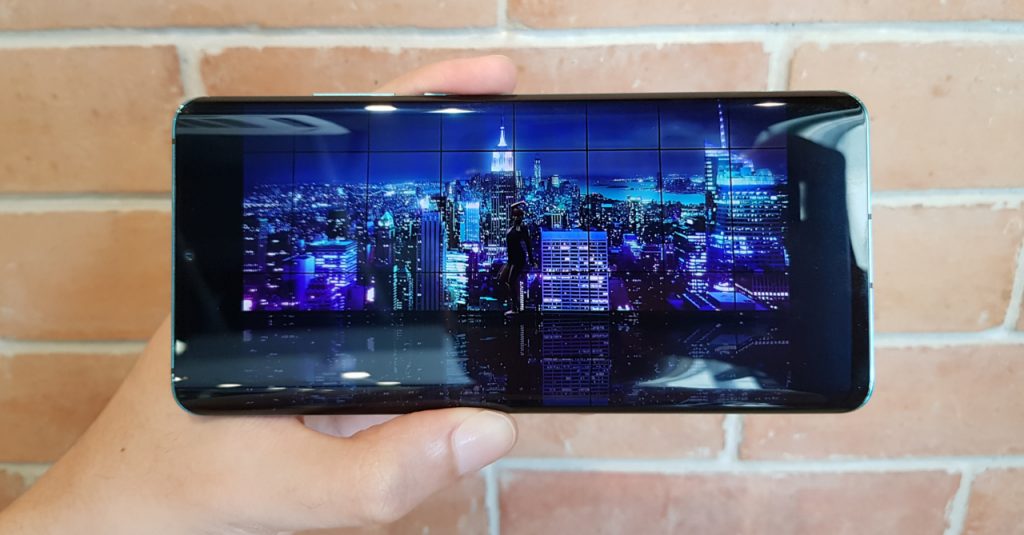 The P30 Pro’s 6.47-inch display is an OLED panel, meaning colors are more vibrant and blacks are deeper compared to LCD screens. For all types of binge-watching, the P30 Pro is a great partner, especially given the display’s size, not to mention that the “Dewdrop” notch is better than wider notches (in my opinion at least).

While the OLED panel is sharp and vibrant, it only has a Full HD+ resolution, meaning other flagship phones have it beat when it comes to pixel density. The P30 Pro also lacks a headphone jack, bad news if you’re using wired headphones. At least the phone’s onboard speakers are of good quality, even if it only has one at the bottom. 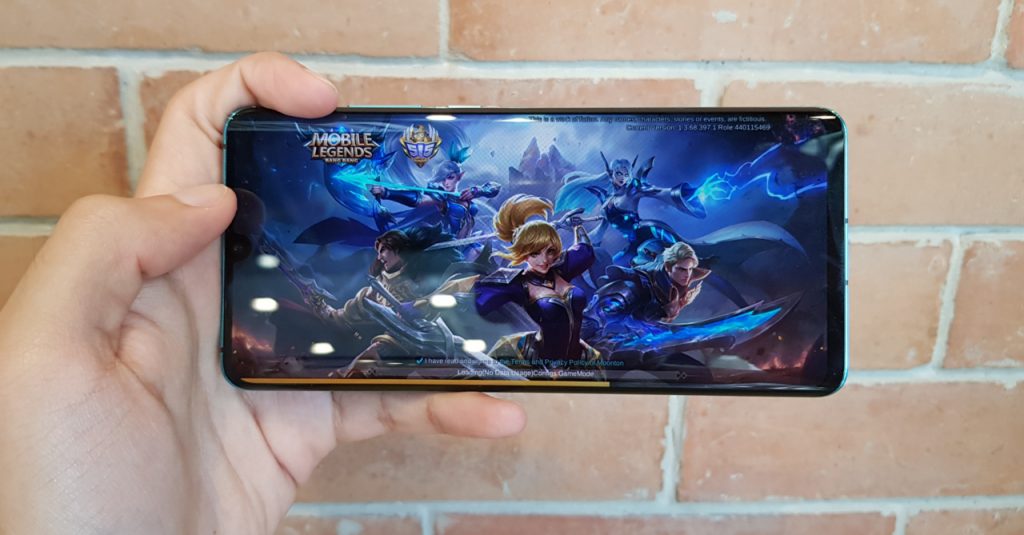 As the P30 Pro is also equipped with a Kirin 980 processor, the phone’s gaming performance is just as good as the base P30. This means that you’ll be able to run all your favorite games on the device at max settings with ease. The P30 Pro also had no problems with long gaming sessions as the phone didn’t run hot during gameplay.

Now for the most exciting part of the P30 Pro review, the cameras! The P30 Pro features a quad camera setup that included a 40MP f/1.6 lens, a 20MP Ultra Wide Angle lens, an 8MP Telephoto lens with 5x optical zoom, and a Time-of-Flight sensor. Rounding out the cameras of the phone is the 32MP selfie shooter.

Since its announcement, Huawei has hyped up the P30 Pro’s cameras as having the best night and zoom capabilities of any smartphone camera out right now. In my time with the P30 Pro, I can confirm that Huawei was right to hype up the Pro; the cameras are that good!

Above are sample shots taken with the P30 Pro in my recent Tokyo trip. The pictures were taken with a mix of the three rear cameras, depending on what the situation needed. Not only was the P30 Pro able to capture beautiful shots, it’s also easily the most versatile camera phone I’ve ever used. Check out our P30 Pro feature for a more detailed breakdown of the phone’s imaging capabilities.

One thing I do want to highlight in this review is the phone’s crazy-good zoom + Night Mode. Thanks to a novel periscope lens design, the P30 Pro’s 8MP telephoto lens has a 5x optical zoom; though it only has an f/3.4 aperture, meaning it won’t be the best for low light photography.

The images above were taken at night (in very low light) using the said telephoto lens. While the auto mode shot was a bit dark, the P30 Pro’s Night Mode made a huge difference. No smartphone I’ve used can take a low-light zoomed-in shot with that quality.

Here’s another example of how good the zoom is. Even in low light, the phone can shoot usable photos at 10x zoom!

For portrait shots, the P30 Pro’s ToF sensor works nicely, though it’s still dependent on good lighting. As for its front camera though, the P30 Pro delivers great selfies consistently. Finally, the P30 Pro can take great quality videos as well, though it can only take up to 4K 30FPS (instead of 4K 60FPS like other flagship phones). 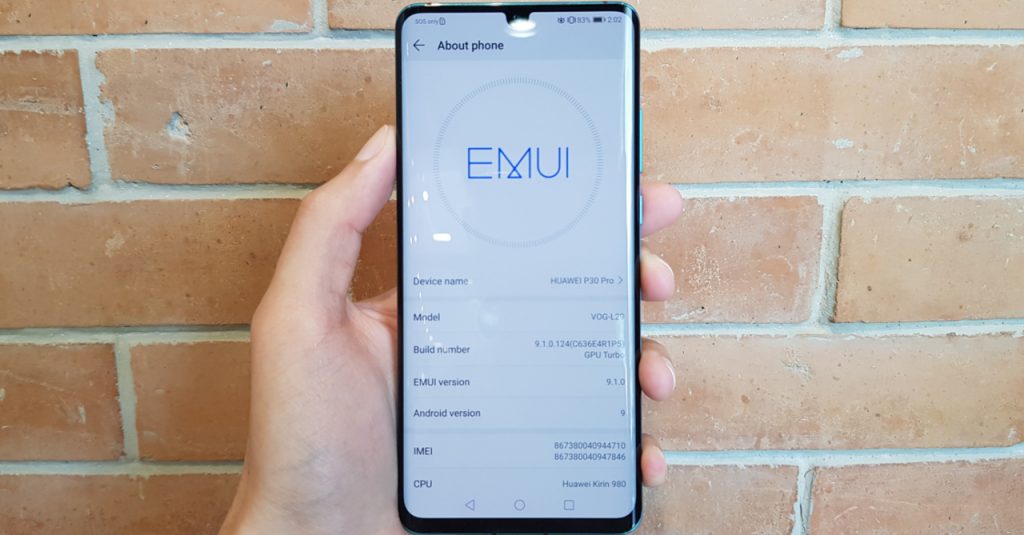 With the powerful Kirin 980 under the hood, the P30 Pro had no trouble with everyday tasks. Apps opened up fast, and the phone didn’t slow down one bit during my use, even when consecutively switching apps.

Aside from having speedy performance, the P30 Pro also has stellar battery life, with the phone easily lasting for over a day, even with heavy use. If you do find yourself lacking juice, the phone supports wireless charging as well as Huawei’s SuperCharge (which charges the phone to full in just around an hour). 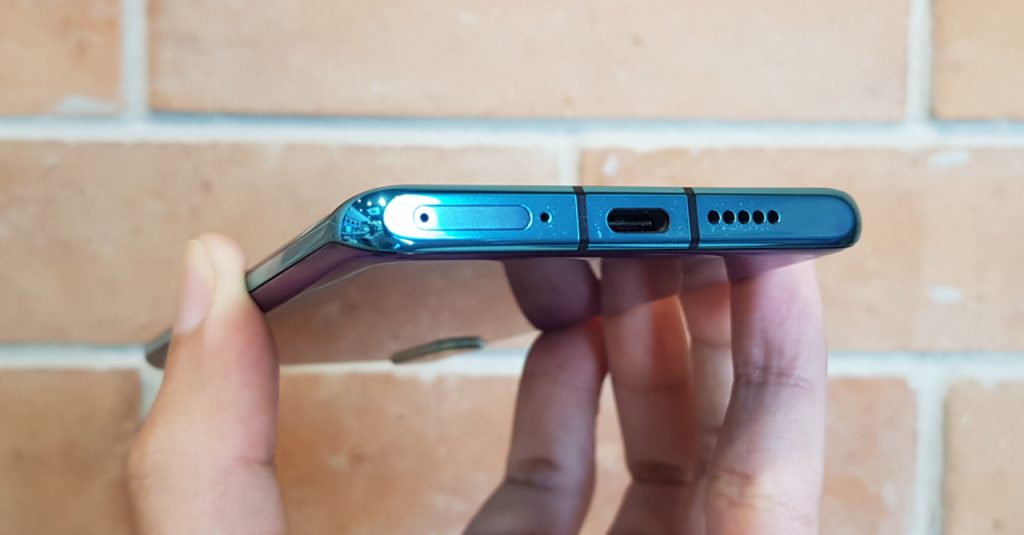 Unlike the base P30, the P30 Pro is IP68-rated for water and dust resistance. It also shares the P30’s reliable in-screen fingerprint scanner. What it lacks though is a headphone jack, as well as support for microSD cards as it only takes NM cards for storage expansion. 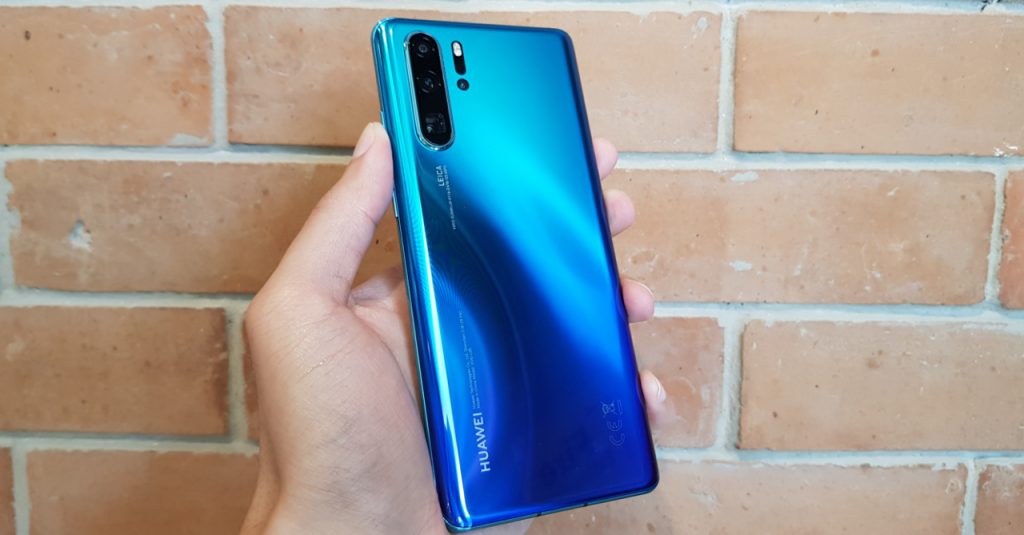 While almost every phone being released today have multi-camera setups, none can match the P30 Pro’s Leica Quad Cameras for photography. Not only does the P30 Pro capture incredibly detailed images, the different lenses makes it the most versatile smartphone camera out right now.

It’s not just a glorified camera phone though, as the P30 Pro is a full-featured flagship complete with powerful performance, great battery life, and eye-catching looks. It’s almost the complete smartphone package, though it does lack features such as a headphone jack and 4K 60FPS video capability.

Overall, the Huawei P30 Pro is one of the best flagship phones of 2019, and it’s no doubt the best phone for photography that you can get right now.

If cameras are your number one priority when looking for a smartphone, the Huawei P30 Pro is no doubt the best phone for you. The P30 Pro's cameras not only produce beautiful shots, they're also the most versatile out of any phone right now. Complementing the cameras are powerful performance, great battery life, and a beautiful design. Now if only it had a headphone jack and 4K 60FPS video capability...Geek Lifestyle Review: Huawei P30 Pro