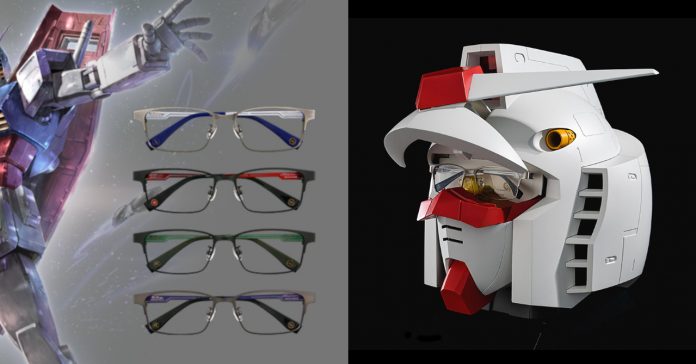 2019 marks the 40th anniversary of the Gundam franchise, and so far this year, we’ve seen plenty of amazing Gundam collabs such as the Seiko x Gundam watches, RX-78-2 sneakers, the OPPO Reno Ace Gundam edition. The mecha goodness doesn’t end there though as Japanese eyewear brand OWNDAYS recently revealed a Gundam collection.

The OWNDAYS x Gundam collection consists of four eyeglass frames, each with colors and designs based on classic Gundam series mechs such as the RX-7-82, Char’s Zaku II, the standard Zaku II, and the MS-09B Dom.

Aside from the four eyeglass frames, OWNDAYS will also release a “Gundam Head Case.” Basically, it’s a 1:7 scale of the RX-7-92 Gundam head, but with compartments to fit OWNDAYS eyeglasses.

At first, the Head Case might seem like just a display piece, but it has quite a number of compartments that are well-hidden. There’s a space for glasses at the eyes, the back, and the left side of the case. This makes it a must-have for massive Gundam fans who wear prescription glasses.

The OWNDAYS X Gundam collection will be released in January 2020. No word yet on international availability though.

For more info on the collection, visit the OWNDAYS official website.

- Advertisement -
Previous article
Ghost Recon: Breakpoint Review | A tactical shooter that is all over the place
Next article
Not slowing down one bit, Riot Games also announced a League of Legends fighting game AND card game