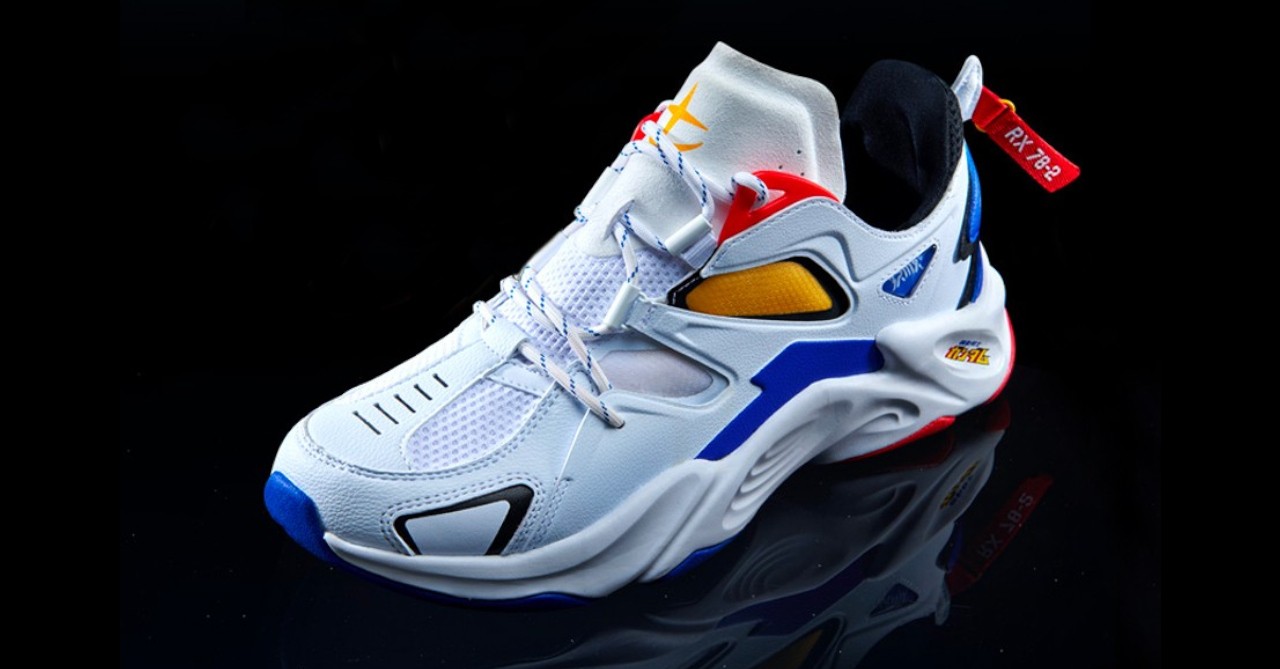 So far, 2019 has seen tons of awesome geeky sneakers such as the Adidas x Marvel or the Chun-Li collabs. Now, there’s another sneaker collab that’s made especially for Gundam fans. Introducing the Gundam RX-78-2 sneakers from Chinese footwear brand, 361°:

The Gundam RX-78-2 sneaker has a chunky runner silhouette, and feature a primarily white colorway with red and blue accents. At the tongue is a yellow insignia, and at the back is a red label with “RX-78-2” on it. The sneaker also has some yellow highlights at the top which are inspired by RX-78-2’s eyes; from the front, it kinda looks like the said Gundam’s face, just in sneaker form.

Aside from being a great pair of sneakers for Gundam fans, the best part about it is that it won’t burn a big hole in your wallet, especially when compared to other sneakers. This pair is priced at ¥499 RMB (around USD $72 or PHP 3,750).

Want your own pair? The Gundam RX-78-2 sneaker is available now at 361° online store.

In other Gundam merch news, Seiko and Casio have also collabed with Gundam for watch collections to celebrate the series’ 40th anniversary.

Casio’s upcoming G-Shock line is a must-have for Gundam fans!