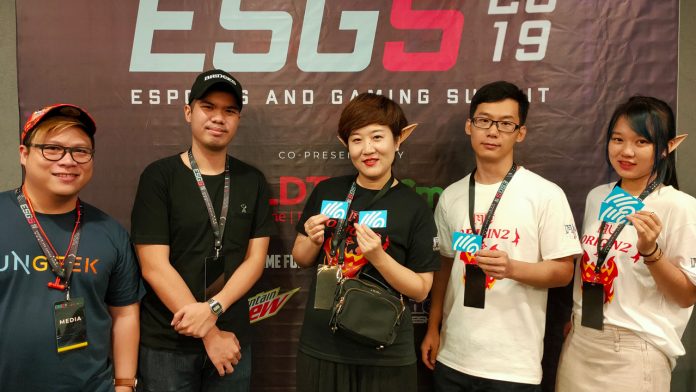 “It’s true, MMORPG on Mobile is at a steady rise!”

We were taken back a bit by the statement made by OurPalm’s Overseas Marketing Director, Jingwei Liu, when she and her team came to the Philippines and participated in the biggest videogame and esports summit in the country, the ESGS 2019.

With them, they brought in their A-game by building a modest booth setup that houses, predominantly their top selling mobile MMORPG here in the Philippines–MU Origin 2. 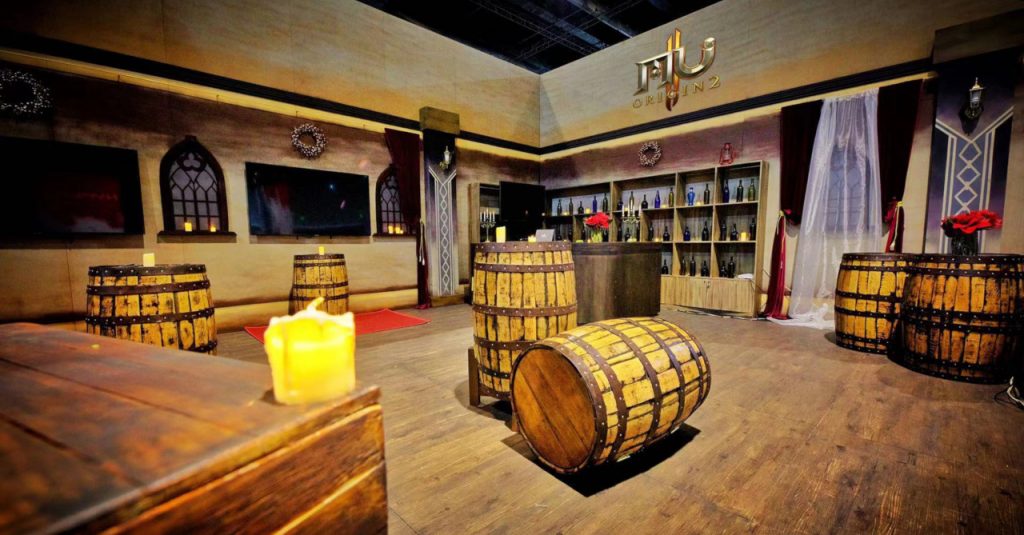 The Philippines is a market of interest for them especially with the reception they got for MU Origin 2. This just proves that our love for classic MMORPG (no matter how automated they are) is still strong. So much so that MU Origin 2 had a very “Pinoy” patch released relatively recently. 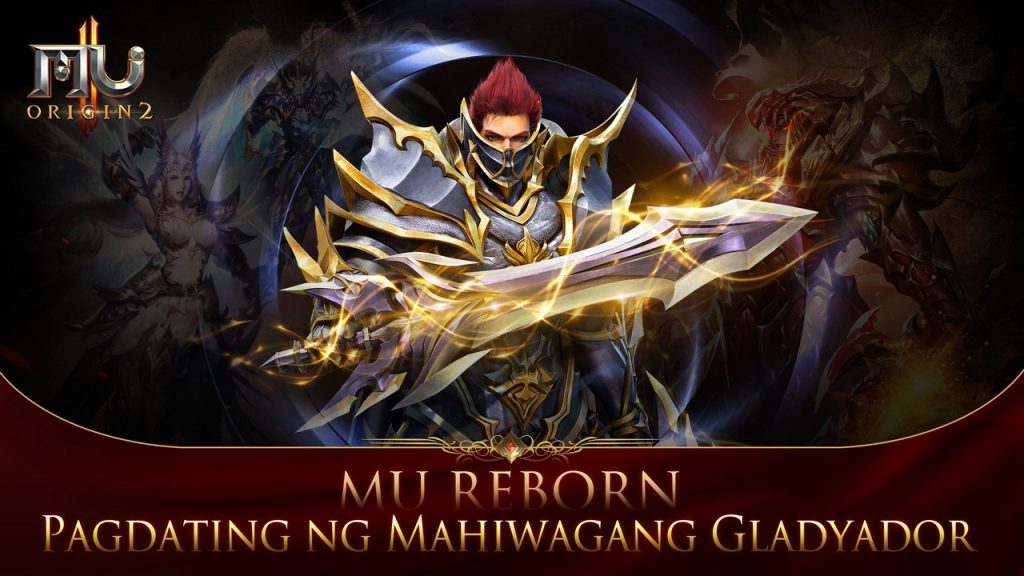 During ESGS 2019, we sat down with Ms. Jingwei Liu and her team to discuss all things MU Origin 2 and tried to get them to spill the bean on what we can expect come 2020.

Since the early 2000’s MMORPGs has been a huge part of the Pinoy gaming community with many titles becoming ingrained in the average Filipino gamer’s pass time. One of these wonderful game titles would be the Original MU.

As the game made it’s way to the mobile platform, MU origins 2 received millions of downloads worldwide. Appealing to both old fans and new players that want to try the revived new classic.

Contributing to this success according to the Operation Director of Ourpalm, Mr. Lee, “Many of the players in the Philippines still loves the MMORPG genre, but they want something that is easy to pickup and something that looks and feels great and modern. This is what MU Origin 2 did. The game has improved graphics and it has a ton of new features as well.”

This is particularly helpful since MU Origin 2 took out the most tedious aspect of any and all MMORPG — grinding. With automation, the players can leave the game to go on its own and grind while you strategize on your next Dungeon raids or PVP.

“Access to mobile phones also make gaming easier (to pickup) for everyone”, according to Ms. Jingwei Liu. Compared to the olden days where majority of us have to look for Net Cafes to play (shoutout to those who have been playing MMORPG with their dial-up modems), nowadays one simply needs to open their phones and log-in to the game. Everything is a bit more streamlined now.

But even with this in place, surely there were many challenges in creating a robust MMORPG for mobile, right?

“There are many challenges,” according to Lee. “The technical side alone was such a huge challenge. MU Origin 2 was created by the same group that made the first game and porting a lot of the experience to Mobile was quite difficult. Luckily, there are advances in technology already to help us. Example, MU Origin 2 was created with the Unity engine.”

But it couldn’t be just about updated graphics that would bring in such a huge crowd for the game, right?
“We try to make the experience ‘complete’. A lot of work has been put into the game to make the gameplay flow better. This way, we can replicate the experience of playing the game on PC to mobile.” 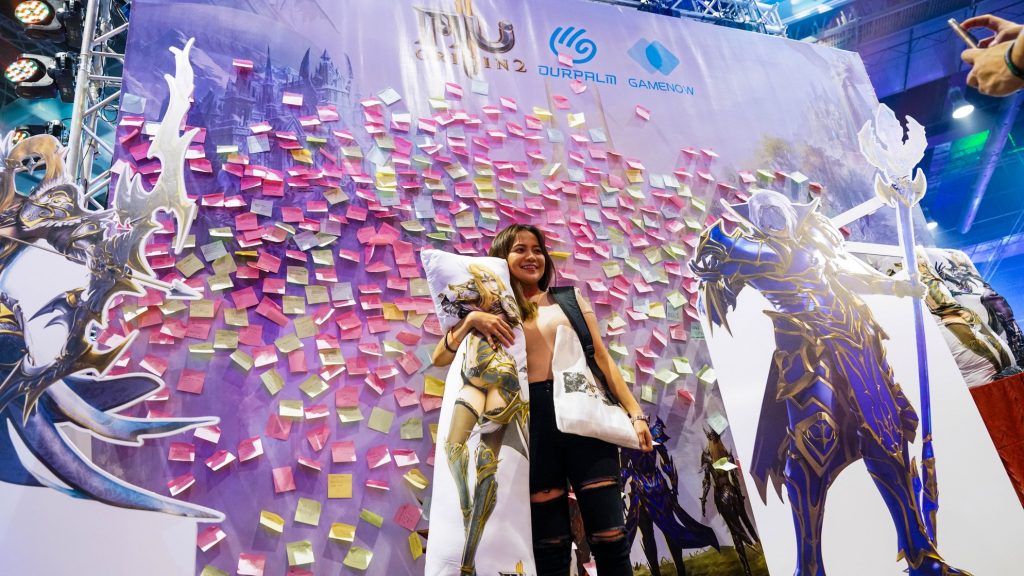 During the interview  Lee and Yawen (Marketing Manager) also added to make the game more user friendly and stable they keep a good watch on the player community’s feedback through social media and forums. As they value the suggestions of the players who loves playing their game.

“We consider the Philippines as a very important market that is why we decided to join ESGS this year,” said Ms Jingwei Liu. “We like getting feedback from our players so we can improve the gaming experience in the future.”

What about marketing efforts especially for the Philippines? Can we expect more from Ourpalm?

“We constantly are updating the game and making it better,” Lee affirmed. “Up until now we have put up 3 exclusive Philippine servers and we also made some special Philippine-exclusive in-game items.”

“We are constantly localizing language as well,” chimed in Ms. Jingwei. “Not a lot of mobile games do that.” She reiterates the point that the Philippines is (apparently) their most important market in South East Asia. DAMN.

If anything, MU Origin 2’s presence is ESGS and the massive crowd it attracted is proof that despite MU’s long absence, the brand has an amazing staying power so much so that even the regional publishers are so surprised (and thoroughly happy) with how well-received it is here.

“We are very happy and shocked with how many people are coming to our booth,” Ms. Jingwei said about the reception of the crowd to OurPalm’s debut at ESGS 2019. We asked if they could tease about more characters coming in and they definitely said to watch out for it! Yay! 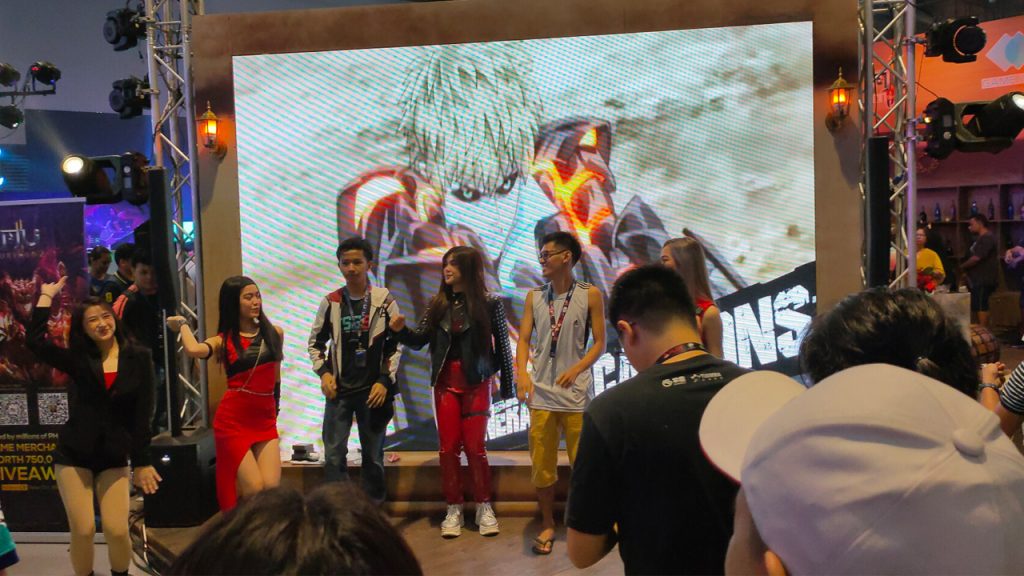 With the positive feedback and success of the game the future looks so bright for us. Since they also mentioned that there would be more surprises coming on it’s way not only for MU origins 2 but also to the new games that they will bring over in the future.

If you missed out the awesome display and it’s success during ESGS check out our articles below.