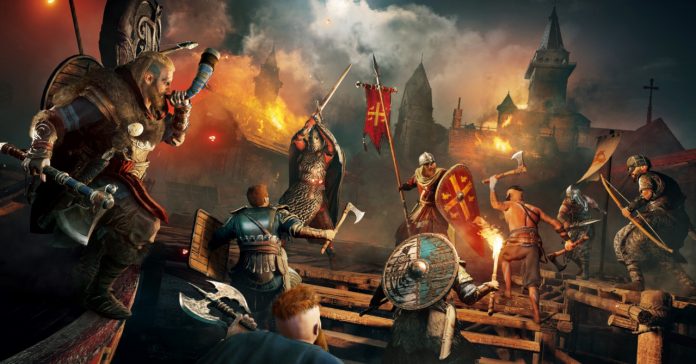 At the recent Inside Xbox stream from Microsoft, the first gameplay trailer for Assassin’s Creed Valhalla has been revealed! While the new trailer does not exactly show off gameplay in a traditional sense, the trailer does show off actual in-game footage of the Valhalla captured on the Xbox Series X, and it looks amazing!

Assassin’s Creed Valhalla was officially revealed last week, first with an announcement in collaboration with artist BossLogic, and followed by a full reveal of the game via a cinematic trailer.

If Origins is set in Ancient Egypt and Odyssey takes place in Ancient Greece, AC Valhalla will be set in England during the Dark Ages. As the title implies, Valhalla will let players take on the role of a fearsome viking raider named Eivor, who leads his/her fellow raiders to the “rich lands of England’s broken kingdoms.” Valhalla will feature new gameplay additions such as raids, as well as a revamped combat system.

Assassin’s Creed Valhalla is developed by Ubisoft Montreal, specifically, the team behind Black Flag and Origins. The game is also being worked on various studios all over the world, including Ubisoft Philippines.